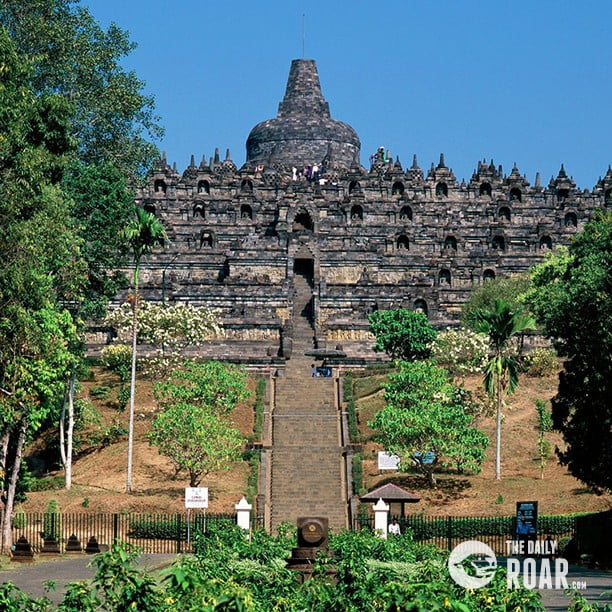 Borobudur was built around 800 AD or on 9th century. Borobudur was built by Mahayana Buddhism during the reign of the Sailendra dynasty in the time of King Samaratungga. The construction was started around 824 AD and it was completed around the year 900 AD during the reign of Queen Pramudawardhani who is the daughter of Samaratungga. While the architects who contributed to build this temple named Gunadharma.

Borobudur is located in Magelang, Central Java, Indonesia, about 40 km from Yogyakarta. Borobudur has 10 levels consisting of six levels of a square, 3 levels circular and a main stupa on the top. At every level there are several stupas. There are 72 stupas besides the main stupa. In every stupa, there are statues of Buddha. Ten levels of Buddhist philosophy which describes ten Bodhisattva levels which must pass to reach the perfection of the Buddha in nirvana. This perfection symbolized by the main stupa at the top level. Borobudur structure when viewed from above form a mandala depicting the structure of Buddhist cosmology and human thinking.

The four sides of the temple there is a gate and stairs to the level above it like a pyramid. This illustrates the Buddhist philosophy that all life came from rocks. Later stone into sand, then into plants and then into an insect, then into wild animals and pets, and the last to be human. This process is known as reincarnation. The last process is the soul and finally go into nirvana. Each stage of enlightenment in this life process is based on the philosophy of Buddha depicted in the reliefs and sculptures in the entire Borobudur.

Borobudur proves the greatness and human intelligence ever made in Indonesia. Borobudur is the main cultural attractions in Indonesia besides Bali and Jakarta. After visiting Borobudur, you can also visit the surrounding villages like Karanganyar which has some interesting attractions. 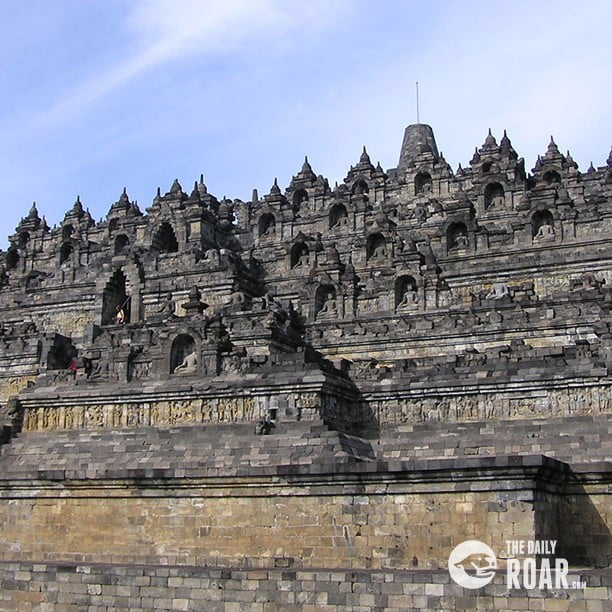