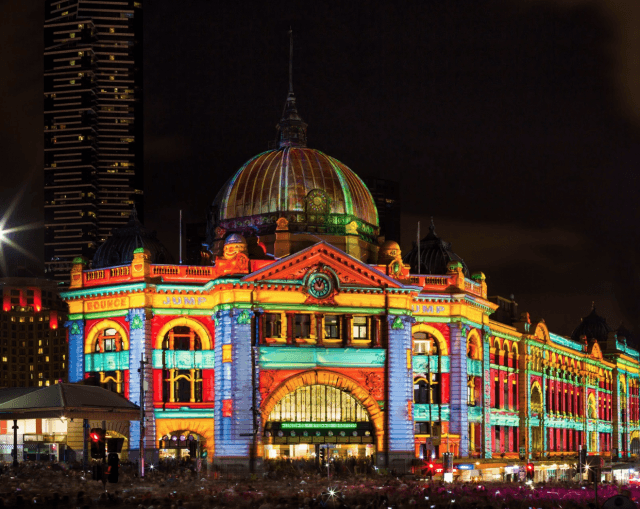 As the cultural capital of Australia, Melbourne is at the top of many people’s travel wish lists, whether they’re in Australia or beyond. But with such a rich array of experiences and things to see, from historic monuments to dozens of world-class restaurants, it can be difficult to decide where to go.

The best way to walk the laneways and sip the coffee like a local is to stay in a serviced apartment in Melbourne, where you can explore the city’s vibrant, entrancing heart. To experience the essence of what Melbourne has to offer, here are five must-do bucket list experiences.

There’s always something on in Melbourne. Join in as the city comes alive for festivals such as the Melbourne Fringe Festival (September), Moomba (March), the glittering Light Up festival (April) or the Royal Melbourne Show (end of September). If big festivals aren’t your scene, Melbourne offers an eclectic range of music, drama, and comedy acts. Visit the small Butterfly Club theatre to watch quality performances and drink craft beers alongside the cultural heart of Melbourne. 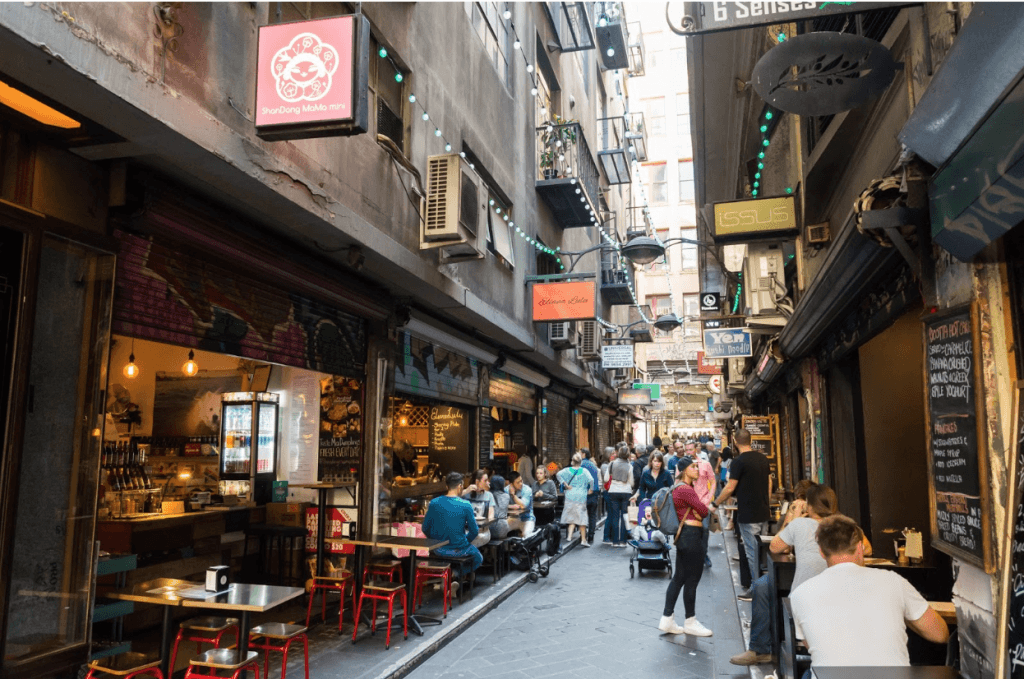 Melbourne is famous for its tiny, peculiar laneways bustling with cuisine and coffee. There’s something for everyone down a narrow cobbled alleyway in Melbourne; food from across the world, art, Melbourne’s iconic hipster food and craft coffee, music, wine bars, and waffles. Fans of people watching will find plenty of subject material down these bustling streets. There are guides to the laneways for those who don’t know where to start, but you can’t go wrong by picking a direction and setting out to explore.

Artists are drawn to Melbourne. The city is home to the oldest public art gallery in Australia, the National Gallery of Victoria, as well as many other museums and galleries. But what makes Melbourne unique is that here, art isn’t something to be consumed only indoors. After sipping your coffee at Degraves street, wander just five minutes away to streets vibrant with Instagram-worthy street art. Stop first at Hosier Lane, then make your way to AC/DC street, which was renamed in 2004 to the words “As the song says, there is a highway to hell, but this is a laneway to heaven. Let us rock.” 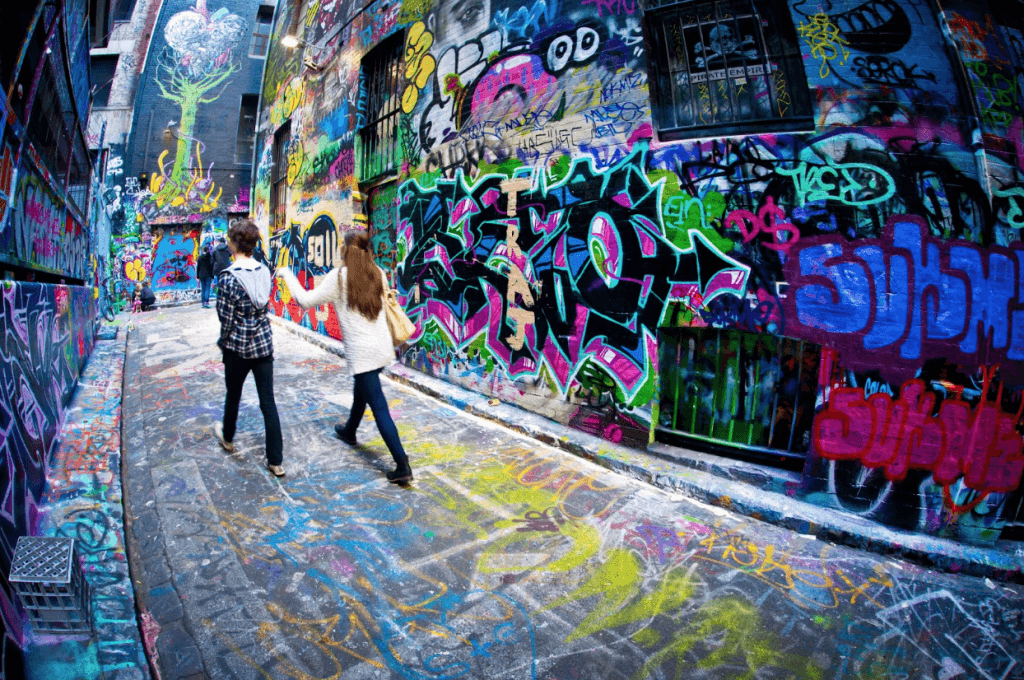 It’s impossible to truly experience Melbourne’s culture and people without experiencing its sport. Not only is the city the birthplace of Australian Rules Football, but it also hosts the Australian Tennis Open, the Formula 1 Australian Grand Prix, the Melbourne Cup of course, and is home to a bustling cricket community. Melbourne’s sporting events are centred around the historic MCG. Whatever your sporting poison, you’re sure to find a good game and a lively crowd.

While it may seem gimmicky at first glance, Melbourne’s quirky side really comes out to play with its rich variety of themed bars. Fitzroy is home to George’s Bar, themed after Seinfeld’s George Costanza, and closer into the CBD you can sip cold ones at the IceBar Melbourne (though be sure to wrap up warm), or a hearty wine at the Norse-themed Mjølner. On the stranger side, you can visit ‘soviet-era-chic’ Berlin, where you can choose between drinking on the extravagant capitalist eastern side or the regimented communist west. With dozens of bars to choose from, you’re sure to have an unforgettable night out. 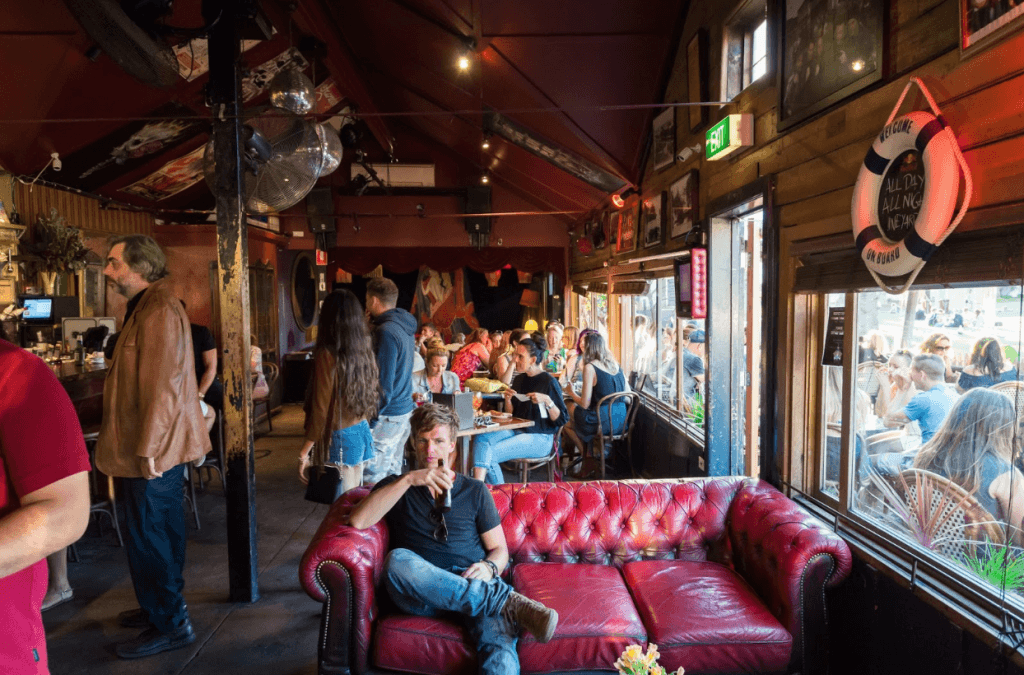 Melbourne is a melting pot of art, sports, cuisine, and music that offers a quirky, eclectic experience to all visitors. At the end of these five bucket-list experiences, you’ll have an understanding of what makes up this colourful city, and what it means to be a Melburnian.