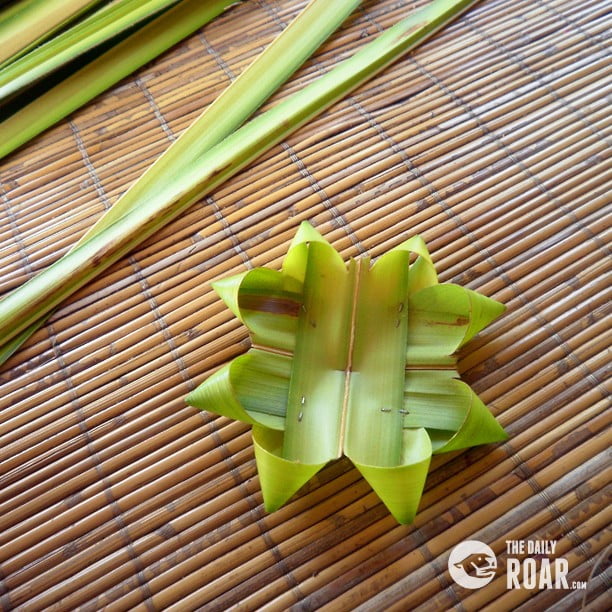 If you take a walk in Indonesia during weekend, there’s a pretty big chance that you’re going to find this tall, intricate decoration curving down the roadside. Made of a single bamboo adorned with complicated plaits of young coconut leaves, it usually indicates that a wedding party is being held in the street where it is erected. Indonesians call it janur kuning, literally means yellow coconut leaf, or just janur, which means coconut leaf. Though it’s called yellow, it doesn’t necessarily have to be. It could be light green or whitish green, but it always refers to young coconut leaf. So popular it is as a sign for wedding reception, there is a saying among fighters of love: before janur kuning curves down, I won’t give up to get you.

The history of janur kuning goes back to ancient times, when the ancestors utilized it for ritual purposes. Some old myths mention coconut tree as a gift from Dewi Sri, the goddess of fertility. Therefore, presenting janur kuning symbolizes the feelings of gratitude and thankfulness. It also reflects the culture of tropical archipelago where coconut trees are abundant. The practice continues, and today janur kuning can be seen in almost every ceremony in Indonesia. From religious blessing to secular celebration, from local festival to national holiday.

Janur kuning could also come in various designs. Thanks to its ribbon-like shape, the leaf can easily be woven and cut into so many forms. It is used as rice cake wrapper famously known as ketupat during the feast of Idul Fitri, the most widely celebrated holiday in Indonesia (and the neighboring Malaysia). In certain local temples and churches, it is also used to decorate altars, especially during holidays such as Vesak and Christmas.
A special emphasis is to be given to Bali when we talk about janur kuning. The Island of gods is the capital of janur kuning, where some of the finest and most complicated janur kuning crafts can be found. When taking a walk in Bali, you may spot janur kuning not only on weekend or holiday, but everyday and every time. Maybe in form of street decoration, altar decoration, small offering base, or even cute figurine. Balinese have consistently used janur kuning as offering for a very long time, developing a unique culture of janur kuning weaving. The skill is massively passed from generation to generation since a very young age, often since school-age. Janur kuning in Bali is treated much like origami in Japan, which serves for religious as well as art purposes. Just come and sit with Balinese who are doing some janur kuning, and they may gladly show their skill to you. 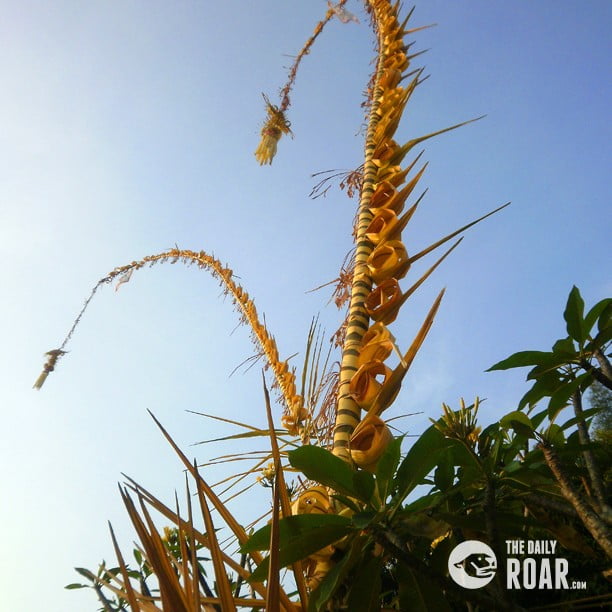