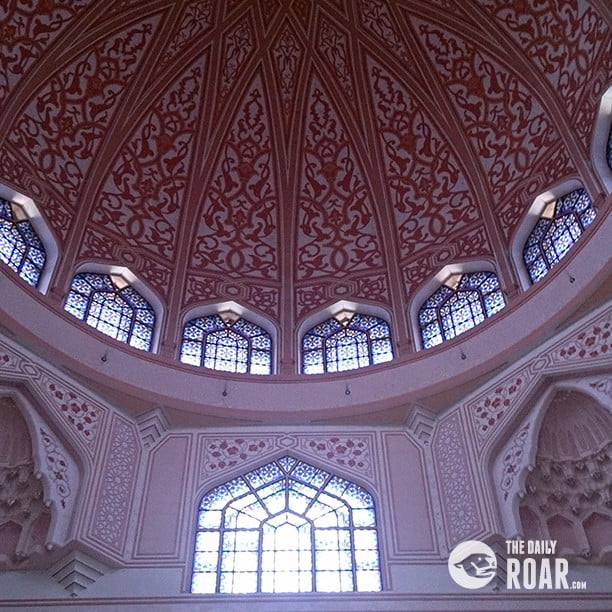 Masjid Putra , putrajaya is one of the many tourist attraction in Putrajaya and Malaysia in general. Built in 1997 and completed in 1999 with total construction cost of RM250 million the mosque is built in inspiration of various kind of architecture. It consists of Islamic, modern, mamluk and Moorish style.


Yes, the security guard will be your tour guide at the mosque. They are well knowledgeable can speak in either English or Malay. They know about the construction, the architecture and you can ask them about Putrajaya or about Malaysia. You will be surprised on how well they are doing in elaborating the history of Putrajaya, the story behind the Mosque construction and the architecture.


In the mosque, there are many pinkish stone carved onto art motifs found on the wall and the dome. At the first glance they look like normal stone or ordinary colored marble but no, they are indeed real pink colored stone. They are attached to the wall and dome and then carved on site onto the motifs. That was unbelievable yet it is a very true story. The workers were brought in from India, working day and night hand carved the stones.


On the above ground, the mosque are divided into two levels of prayer hall, the lower level is mainly for Muslimeen (male muslim) and some portion for Muslimat (female muslim). The upper level is exclusively for Muslimat. On the lower level, there is an opening perimeter for tourist to enter the prayer hall and take picture or feel the natural air ventilation. Astonishingly, the mosque was built without any fan. It was designed to have natural air ventilation through numbers of doors and high ceiling and dome. The climate inside is still comfortable. The only fans found are in front of first saff (line of prayer) that is turned on only during prayer is performed.


On the underground, there are 3 levels below. The first level is mainly for ablution and toilet area for male and female muslims. The other 2 levels are for office and other activities. The 5 levels are inspired from 5 pillar of Islam (Shahadat, Prayer, Fasting, Zakat and Hajj). The mosque can cater up to 15000 people at one time.
Everyone is welcomed here. Love Malaysia. 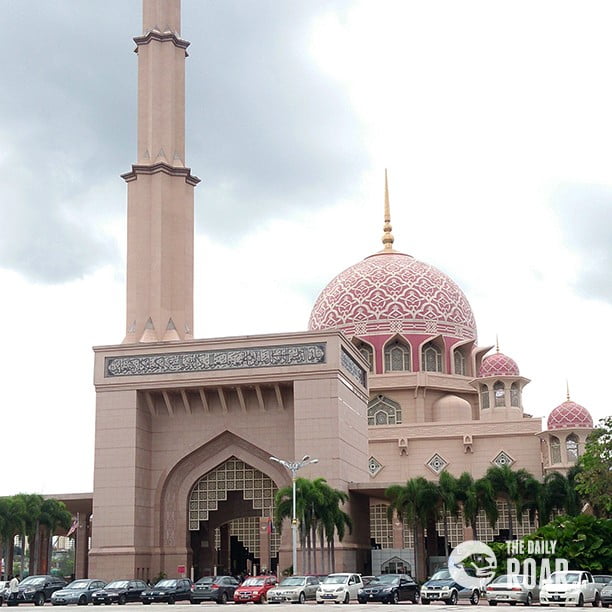