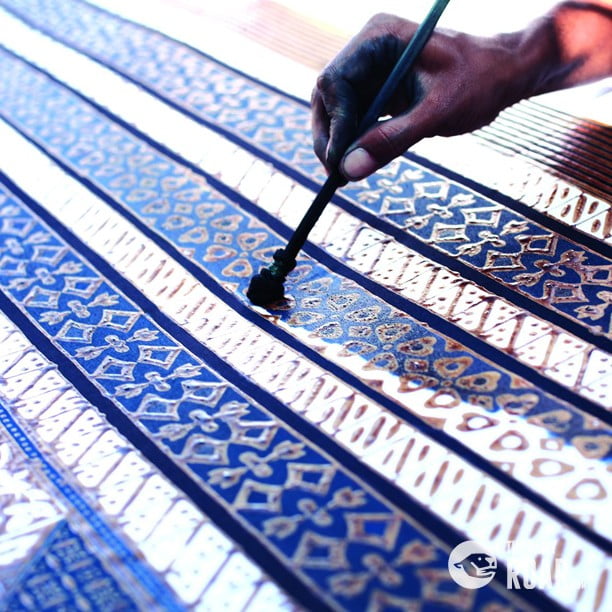 When talking about batik, we are talking about one of the traditional art forms in Indonesia that has existed for centuries. Indonesia is basically a country that manages to develop the art by creating different kinds of patterns, designs, and variants. There are lots of different kinds of batik based on the method of creation and based on the area it is created from. The history of batik has undergone lots of changes and also long journey in existence.

The word batik came from the word ambatik, which means cloth with tiny and little dots. But the word might also come from tritik, a Javanese word, which means the resisting dying process, where it has to be tied to a certain area. Batik wasn’t originally exclusive to Indonesian area only. Its existence could be traced back to about 1,500 years ago from the samples found in the Middle East, Egypt, China, India, Japan, and even West Africa. If seen from the textile patterns that exist on stone statues on Javanese temples – such as on Prambanan or Borobudur temple, it is easy to assume that batik had existed in Indonesia since the ancient time. However, there are no conclusive proofs or findings that saying that the patterned designs on the stones were truly batik.

Most experts believe that Indonesian Javanese batik is one of the most intricate designs that are ever created. Based on the data and the findings, this kind of batik design possibly existed after the creation of finely woven cloth, which had to be imported from India around the 1800s. It is only logical that after the similar cloth was also imported from Europe around 1815, the creation of such intricate design could start.

Some people believe that batik was a part of Javanese royalty’s life because some patterns were created only to be worn by the noble people. It is also possible that the royal life inspired the creation of the design and pattern. Since the noble families were also recognized as the patrons of the traditional arts, the development and the creation of many designs and patterns of batik managed to flourish. Not only these noble families protected the batik, they also protected the leather puppets – or the wayang kulit. The leather puppets were often painted in various designs to create nice illusion of clothing, so the common people or rakyat back then used to buy the puppets to imitate the clothing pattern.