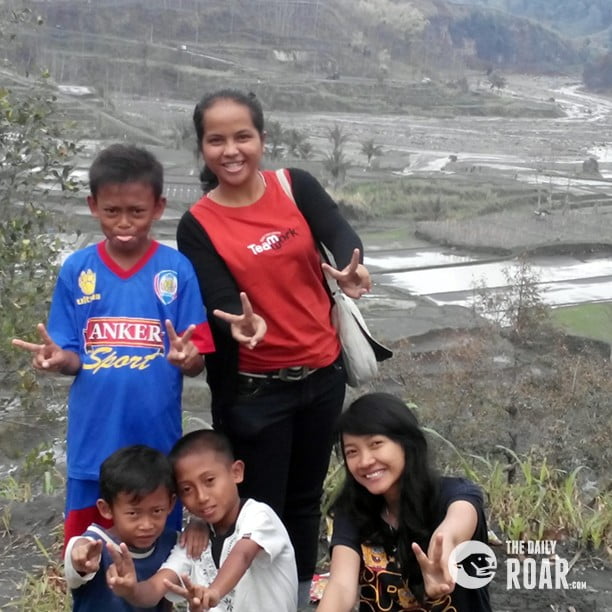 On February 13, 2014 people all around the world were busy wrapping gifts or chocolate, decorating white roses, or arranging romantic dinners to surprise their couples for the next day – Valentine’s Day. But, Indonesia got a special surprise from the mother nature on that day.

After sleeping for years since the last eruption in 2007, Mount Kelud one of many Indonesia’s active volcanoes started to wake up. The mountain that is located 27 KM East of the downtown of Kediri and 120 KM South of Surabaya (the capital city of East java) erupted on February 13, 2014 at 22.55. The explosive was heard until Solo and Yogjakarta, Central Java (approx. 200 KM from the mountain), and Purbalingga, Central Java (approx. 300 KM from the mountain). The volcanic ashes flied to the North (Surabaya and surrounding areas) and to the West until reaching Central Java and West Java and made the visibility in range of 3-5 Meter in some area. All of the flights in Java were closed. All people close to the peak of the mountains were evacuated by the millitary on that night under the sand and gravel rain to Kediri in the West side of the peak and Batu City and Pujon area in the East side of the peak; that were 20 kilometer in distance.

Couples week after eruption a group of 2o volunteers coming from some universities in Malang city went to the nearest village from the peak of Mount Kelud; Pandansari – Plumbang Village, Sub-District Ngantang, Malang Regency . This area was the worst area affected by the eruption. Houses mostly made from bamboos were colapsed because of the huge amount of ashes pilling on the roof. Rice fields were destroyed. People stopped their daily activities waiting for the repairment. The volunteers mostly helped in the kitchen, cleaned the ruins or debris, or distributed the needs (food, instant noodles, water, blankets, pampers, etc.) to people. However; Valent and Kiko, the Psychology students of Malang State University tried to help the victims in different ways. 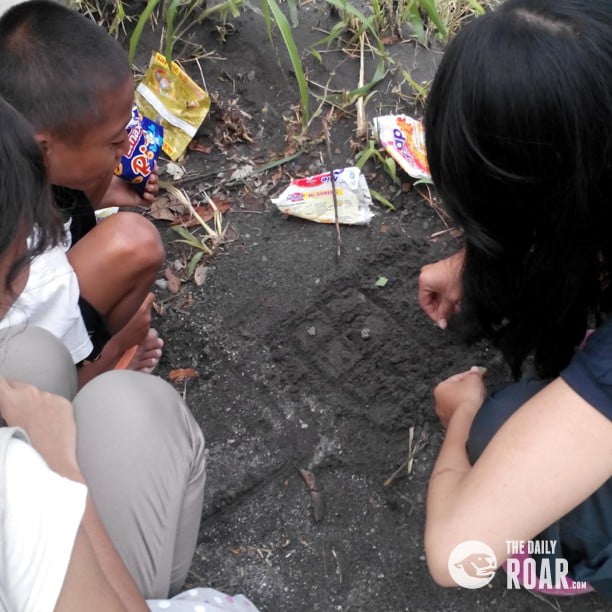 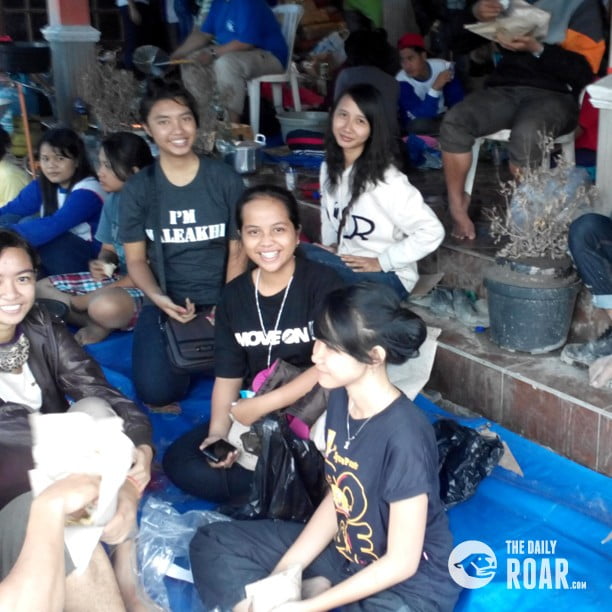 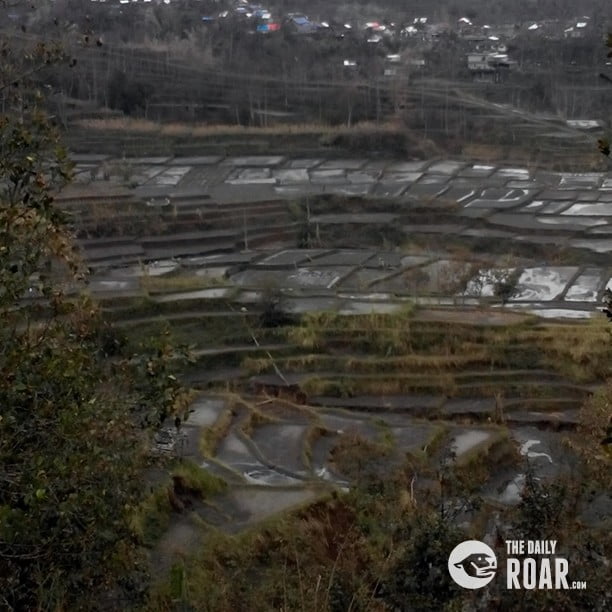 From their Phsycology class, they know how to treat victims of disasters. Mostly people would care much on the physical needs like clothes, food, drinks, shelters, etc.,but Valent and Kiko knew the needs of the victims deeper inside their souls. Actually the victims, especially children, did not only face the physical destruction because of nature, but it really had impacts on their inner body. All human would get wounded in their hearts if they saw unusual phenomena; especially tragic phenomena. They would get trauma that would heal longer than “the physical repairment” of the houses, streets, and any other destroyed infrastructures. Perhaps the damaged houses would be built again in less than a week, but the damaged soul would last for years.

With less theories for they were still in semester 2 and 4, they used their compassion to understand the feelings of the victims. They needed to be cared that this was really worst tragedy that they experienced. They lost their homes, rice fields, places to play, cattles, and moreover they saw by themselves the near to death experience. They would feel how invulnerable they were as human beings. They only needed someone to lend their big ears and big hearts, so their sorrow could be heard. The mothers were crying when they shared their feelings to Valent and Kiko about the tragedy. These really helped them to feel fine to face the truth of their life and struggle to move on upon their pieces of broken hope. 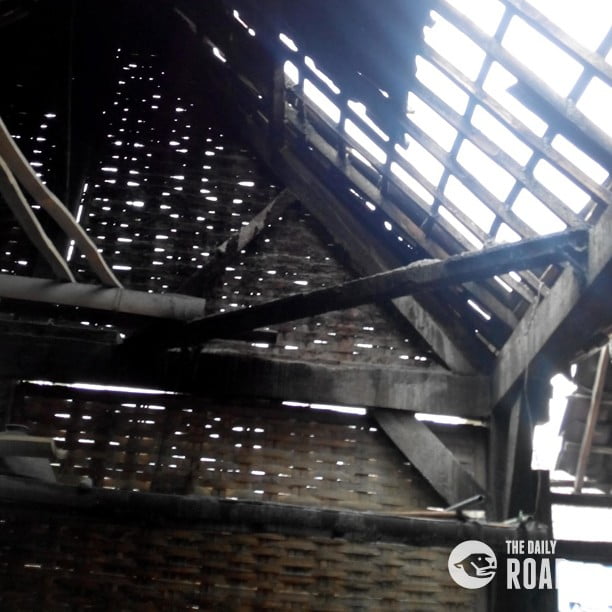 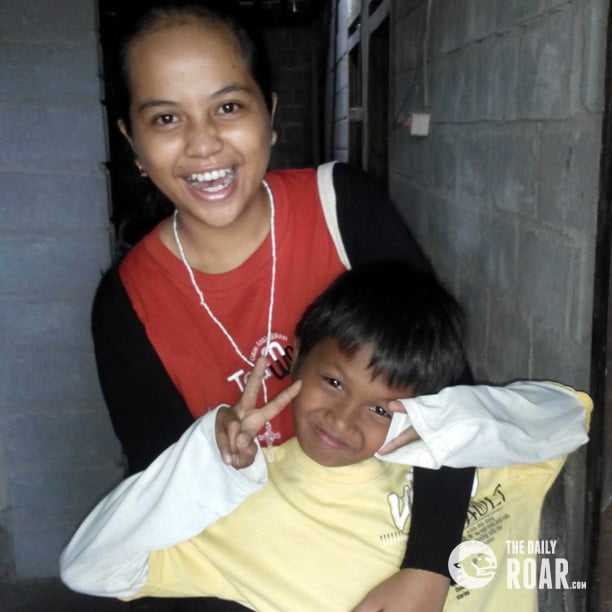 Valent and Kiko also really cared about the children. They hugged them with affection and asked them to play a game. They drew lines on the ground and used the little rocks from the Kelud’s eruption to play a traditional checker. They children were happy and felt that their feelings and existence were accepted. These could help the trauma healing process elapse faster.

The people in Plumbang village were really thankful with the present of the university students from Malang. Spontaneously the mothers took the avocado fruits that fell on the ground, peeled them and put the spoon full of the massed avocado to feed to every student like a mother feeding her baby. With this limitation they tried to thank every student who had lighten their burdens by this simple way.

In every disaster only love can rebuild the broken hope of people.