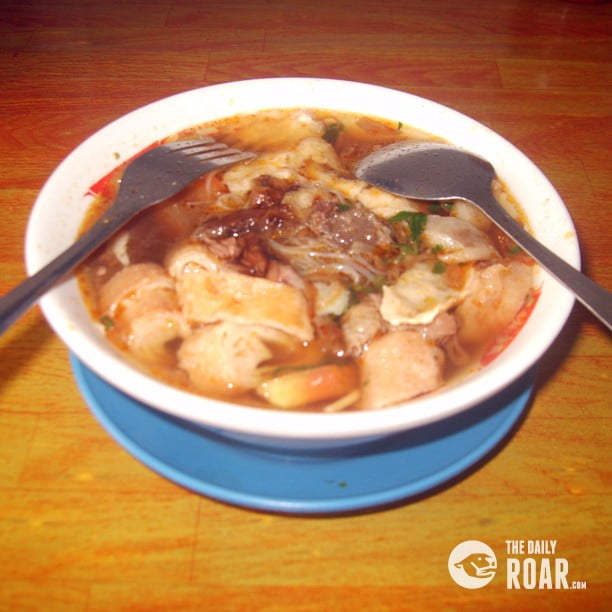 Bogor, a small town in West Java, is renowned as a place for culinary tour because there are a lot of traditional foods coming from Bogor such as Asinan Bogor, Roti Unyil etc. Soto mie Bogor is one of them and it is the most popular soto mie in Indonesia. It is made of beef or cow’s tendon or cartilage with noodle, slices of risol (fried spring rolls with vegetables fillling), tomato, cabbage, potato and celery. Hot broth is then poured over it.

It tastes spicy and delicious because there are plenty of spices and condiments in it such as lime juice, fried shallot, vinegar, sambal and sweet soy sauce. People can eat it with or without rice because there is already noodle in it as a source of carbohydrate. A glass of hot tea would be a perfect drink when eating it.

It is not difficult to find Soto Mie sellers in Bogor. There are plenty of them along the streets or in public places like train station or bus station. They usually push their carts while selling it. They start selling it in the morning by roaming the streets in Bogor and they go home in the afternoon when it is already sold out.


Instead of pushing their carts all day long, some sellers build permanent places or their own outlets. Of course, there are some advantages of having their own outlets. First, they can open their outlets and sell Soto Mie until 9 or 10 pm in the evening. Then, they can also maintain their loyal customers as their outlets are permanent ones and strategically located. 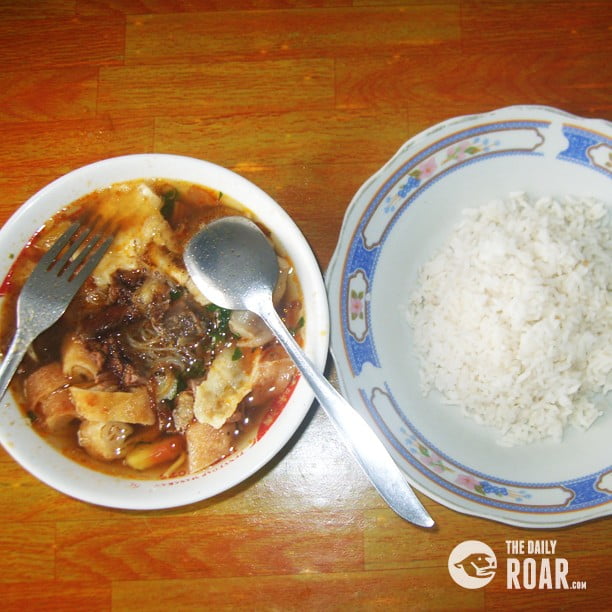 The price of a portion of Soto Mie Bogor ranges from 6000 rupiah to 8000 rupiah. It is relatively cheap for a delicious food that you will feel full and satisfied after eating it. So, come and visit Bogor and taste its famous and delicious Soto Mie Bogor.