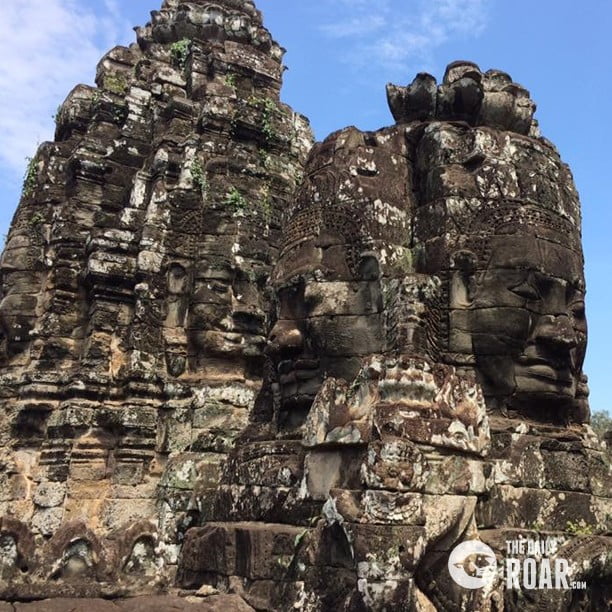 Every now and then airline tickets would go on sale and it’s one of those promotional air fares that you can purchase to enjoy a short weekend trip in Siem Reap. I purchased mine for only USD 40.00, return ticket from Kuala Lumpur. I then used my Agoda points to book a 2-night stay at Mekong Angkor Palace Hotel. I believe one should take time in creating accounts in Agoda, Booking.com, AirAsia and other travel websites as your travel experience increases; you gain points which you can later use for future travel.
Travelling alone gives you that freedom of doing things your own way when you want it, the way you want it. I have preferred going on trips solo but I am the careful and organized kind of solo traveler. I don’t want to waste my time when I travel, I like to see and learn new things. I read a lot – Trip Advisor reviews, Wikipedia; I research on the places I want to go and I then plan ahead of time.

For this trip, I checked quotes from several transport providers and the best review I’ve got was from a certain Mr Sok Phat (E-mail: cambodiataxidriver@gmail.com, Mobile: +855 17 930 694). His e e-mail replies were prompt and efficient. I booked him services for a private car with a driver to pick me up and drop me off wherever I want to for a whole 2 days for $79.00. I felt it was a good deal as I was travelling alone. Unlimited water bottles in the car (because it’s very hot, you’ll get easily dehydrated).
I was picked-up from the airport by the driver in the morning of the first day. I checked in at the hotel, and the tour began. First on the list was the Bantay Srey Temple. Its name means “citadel of women” or “citadel of beauty”. 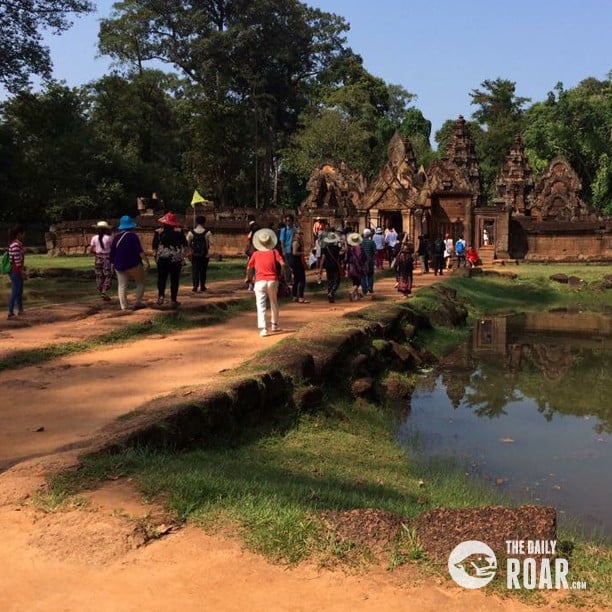 This was followed by a visit to Preah Khan and Neak Pean Temples. To reach Neak Pean, you will need to cross a bridge on a lake. The view at the lake is breathtaking and the breeze there helps with the heat.

After Neak Pean, I checked out Ta Som Temples followed by a visit to East Mebon. These were all part of an organized tour itinerary so most tourists will all visit the same places basically, unless they requested to customize with their tour operator. The first day ended with a last stop at Pre Rup Temple.

The sun is scorching hot. It is advisable to not wear short sleeves shirt (if you are concerned on getting a tan without being at the beach), sun glasses, sun screen lotion (if you are going sleeveless), umbrella (if you don’t want to be in the heat for long). Do not wear short and skimpy shirts as you are visiting temples. Some places require women to cover themselves before entering the temples. Also, it is best to wear the most comfortable walking and climbing shoes you have because of the amount of walking and climbing steps you will do if you take this tour.

On the second day, I got up early for the sunrise at Angkor Wat followed by a trip to Angkor Thom. I was unable to catch a very good photo of the sunrise, but I did better during the afternoon. The driver took me to Angkor Wat at 5:00am and

there were a lot of tourists waiting for the sunrise. They will all crowd at the lake – apparently it is the best place to take a photo of the Angkor Wat. After a short nap from the sunrise tour, next stop was Bayon Temples in Angkor Thom. 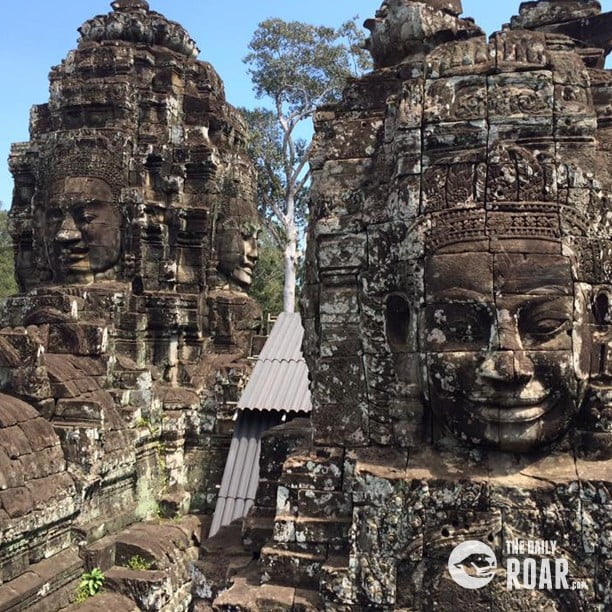 Baphuon Temples was up next. A bit of a walk will take you to the temple grounds.

Ta Phrom Temple was the setting for the movie Tomb Raider. The ancient tree is its greatest landmark. 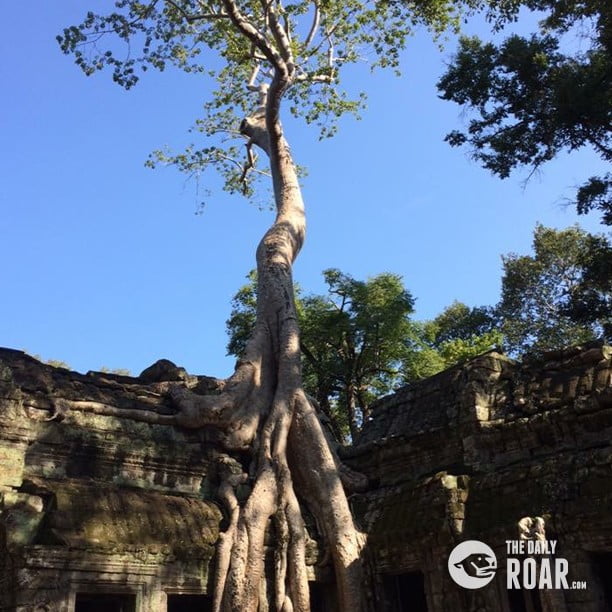 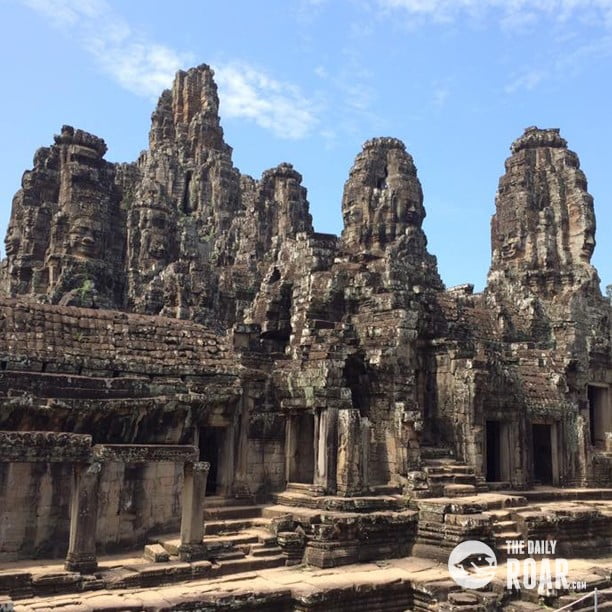 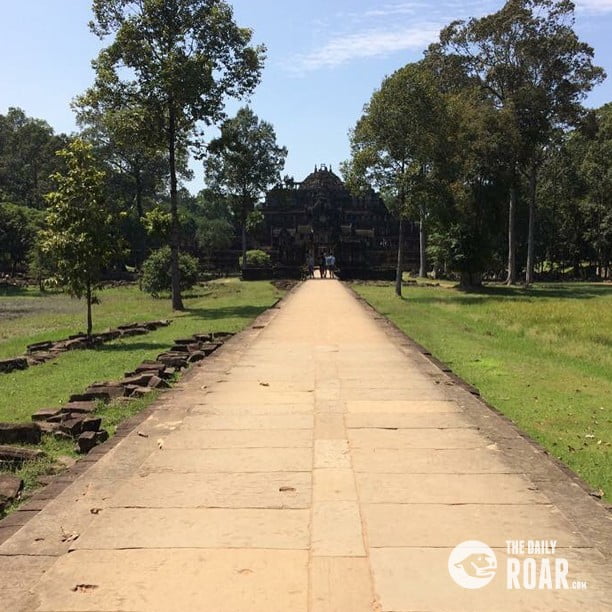 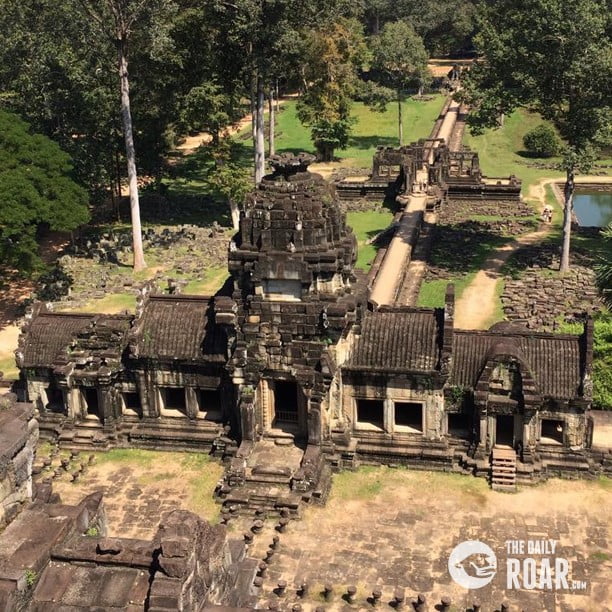 After Ta Phrom, I did not realize four hours has already passed. But even if I was tired from all the walking, I did not miss the chance of returning to Angkor Wat to catch the postcard worthy photo of its beauty, reflected on the lake.

The third day was an early flight back to KL; that was the end of my short yet productive trip to Siem Reap.

/// Written by Jennifer Fabian, The Philippines