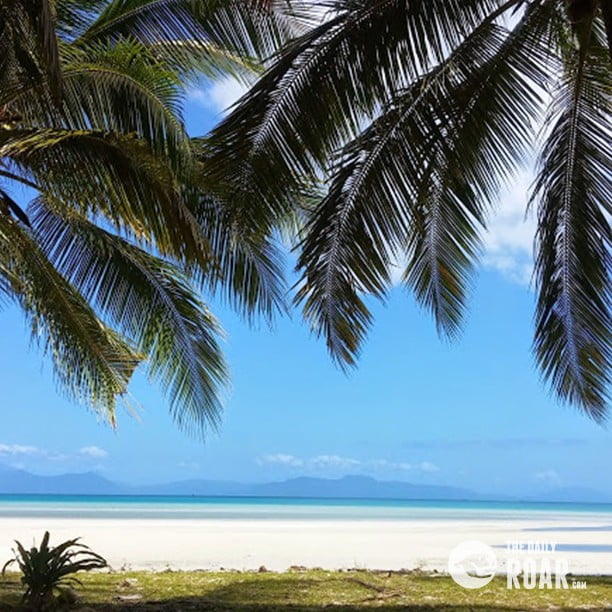 Wantopi beach is a beach with a small islet that range about 500 meters in the center until the end of Wantopi village. This beach is located in southern of South East Sulawesi exactly in Buton Tengah regency, on East Mawasangka district, at Wantopi village, Indonesia. Estimate time 2 hours from Wamengkoli port by car and 45 Minutes from Batu port in Baubau city by boat.

The lack of land transportation unit and the road way that still under construction were forced people to choose sea access rather than land access. At the past this beach was used by villagers as their settlement. However, due the earth quake in year 2004 ago made a half of the land disappeared from surface and as the result the villagers have begun their new settlement in higher terrain.

According to data obtained from local residents, they said that in early 1970 two researcher invited to conduct validation examine about potential of proliferation of seaweed in Wantopi beach and concluded that the low NaCl concentration and gentle waves bring Wantopi beach to be potentially to grow up seaweed.

Beside as a livelihood, Wantopi beach also a famous beach in east Mawasangka district with beautiful panorama and great sigh seeing make Wantopi beach potentially to set up as a traveling object. In the afternoon, the teenager usually playing football and there are also people who come from another village to visit Wantopi beach for fishing, refreshing, and also dating.

Generally, the new comer in this area will become unnerved by Wantopi beach natural view that brings this place becomes icon for the new visitor. Silent situation and fresh air made this place as storage of million inspirations for the literary lovers. In the morning, the sun to looks beautiful with it flashing solar that creates exclusive situation for a Sunrise hunter.

Based on Wantopi Headman he said that “The local government was planning to build a traveling object on this village but firstly it should be conducting a situation and condition analysis so that it shall not to be a disturber for seaweed farmer activity”.