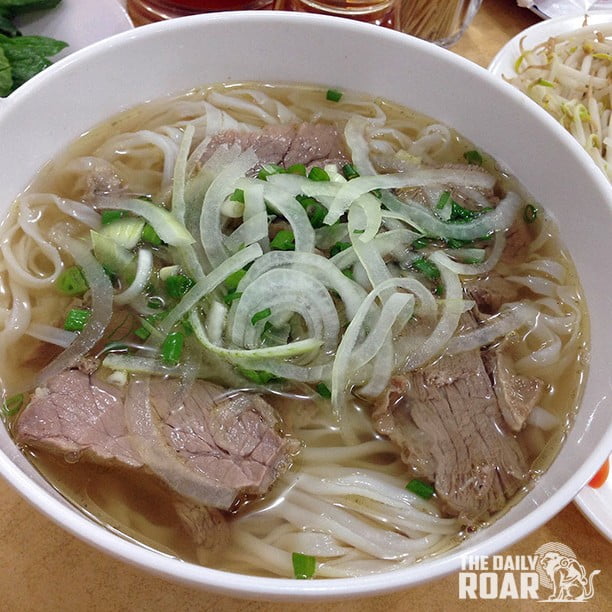 We all know that Vietnam is the hometown of Pho. It can be found easily everywhere. From the street to the plaza, you can easily found Pho. I have to admit, the taste of the pho in Vietnam itself is really good. It’s totally different from the one that you ever tasted in your place (mine, Jakarta). There are some spots for Pho in Ho Chi Minh itself. Pho 2000, Pho 24 and some others you can easily find by the sidewalk. Pho 2000 is the most well-known. Everyone been there, including Bill Clinton. It is also become one of the main attraction in Ho Chi Minh.

The best place for Pho in Vietnam

Pho 2000 is easy to be found. It located across Benh Thanh Market. They open from morning to night. They have some various type of Pho. For each Pho, they serve in 2 sizes, regular and large. The large portion itself took about 85.000 VND (around $4) and the regular one is 75.000 VND (around $3). For those who don’t eat much, the regular size is very capable to be shared with. What makes this Pho is good, is the taste of the broth. You can the beef so strong but not smelly. It doesn’t taste heavy in your mouth. The sweet of the beef juices mixed with the savor of the spices makes you want sip the broth over and over again. The rice noodle is also very smooth and light. It’s not chewy at all and cute nicely. The beef itself are cut thin. There are about 5-6 pieces, which enough for a bowl of noodle.

As usual, the restaurant will give sprouts separately. For your info, the sprout is fresh. You might find it funny because it tastes like raw vegetable that just pluck from the garden. I tried to mix it in the bowl and push it deep. I do it so the sprouts will taste more like boiled. It is also followed with the chili, cilantro and lime. It will be easy for you to create your own taste. For me, the original taste is already good.

That’s the size of regular Pho. It’s quite a size for people who don’t eat much. For me, it was enough to fill my stomach all day long. For drink, they have some juices, ice or regular tea. The price is fair, as for ice tea is about 5.000 VND and some ice juices in 25.000 VND. I went there during lunch time and it wasn’t too crowded. Most of the customers are tourist and expats. This place is recommended not only for the pho. Pho 2000 located in the 2nd floor of a building, which gives it access to see the heart of Saigon. It has a nice view of the city from the balcony. With its strategic places, great taste and Bill Clinton, Pho 2000 is a must visit Pho restaurant in Ho Chi Minh city. 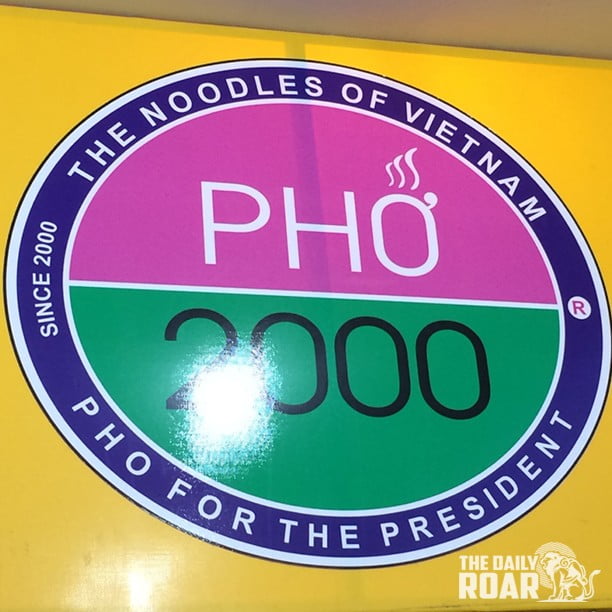