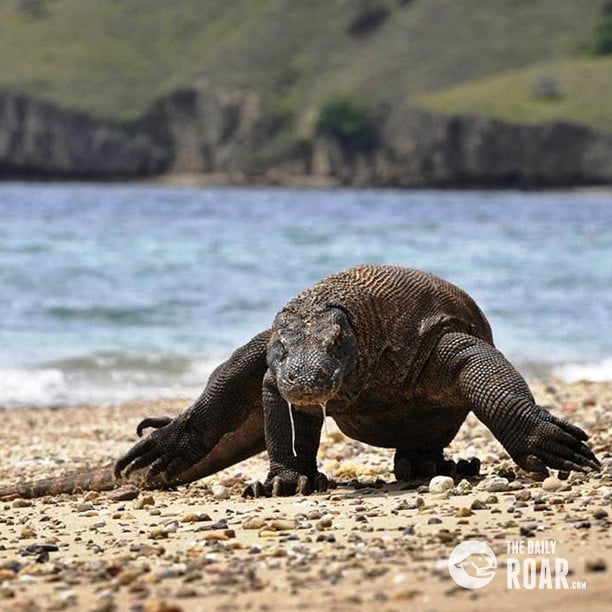 Komodo is ancient animal that can adapt to the environment that is evolving. It can live last thousands of years until now. Another ancient animal like dinosaurs were already extinct in the evolution swallow. Komodo is cannibal beast. Its habitat is in the Komodo National Park (KNP), from Indonesia. This place is located in East Nusa Tenggara. This animal has been known since 1986. The island of Komodo is set to be world heritage site by UNESCO, and this island in 2012 entered The New 7 Wonders. Komodo Island is the apparent popularity after the ancient animals selected to be one of the world’s 7 Wonders of the New World. However, tourism is not necessarily NTT grown rapidly despite the fact the province also has a variety of potential natural and cultural attractions that can be enjoyed by tourists.

One of the best gateways to KNP is Labuan Bajo. Labuan Bajo is a beautiful little harbor at the western tip of the island of Flores and is the entrance to the Komodo National Park (KNP) and other wonders of the island of Flores. At sunset, Labuan Bajo offers a spectacular view when the small islands overlooking the harbor dramatic silhouette creates a magical effect, as bizarre as what, you have to come and witness. Labuan Bajo Airport Will Made most magnificent in eastern Indonesia where the airport will be the largest and grandest in eastern Indonesia and a tourist gateway to Komodo Island.

Besides that, you can reach this place from the airport in Jakarta / Bali / Komodo Airport to KUPANG – Flores. Then you have to transit in Labuan BAJO- Flores before arrive in Komodo Island. You can use travel service or hire boat to reach Komodo Island from Flores. Although Komodo have poor vision, but hearing and smell (usually by sticking her tongue out) is very sharp. This make you need to consider when traveling on the island of Komodo. You should walk in groups and close to the tour guide who was called “Ranger”. During the tour you are not allowed to smoke because it is prone to fire. Do not make sudden movements, as it will make a surprise and a reflex Komodo will attack you. Do not be noisy or make noise, and avoid strong-smelling perfumes that smell could invite Komodo attack you. Women who are menstruating should not visit, because the smell of blood will soon be wafted by the Komodo and are considered as prey.

Your convenience in traveling on the island of Komodo will be more complete with a beautiful sea travel. You can play snorkeling and diving on the coast around the island of Komodo. I am sure you will get good impression during your holiday with family in Komodo Island. We look forward to seeing you.

Komodo Island is an icon of East Nusa Tenggara tourism is very famous among tourists both domestic and foreign tourists or be recognized as one of the uniqueness of the world (7 wonders). Here are some tour packages that we recommend if you are interested to visit the island of Komodo to see wildlife near the Komodo dragon.

The Komodo island tour package lasts 3 days and 2 nights to witness up close the lives of endangered species is now protected. Trip will start from Labuan Bajo then to the island of Komodo.

Package Holidays to the island of Komodo 4 days 3 nights

This tour package is a package of land cruise and departing from the island of Lombok with group / sharing for minimize costs. This package is perfect for a fun adventure with a low budget.