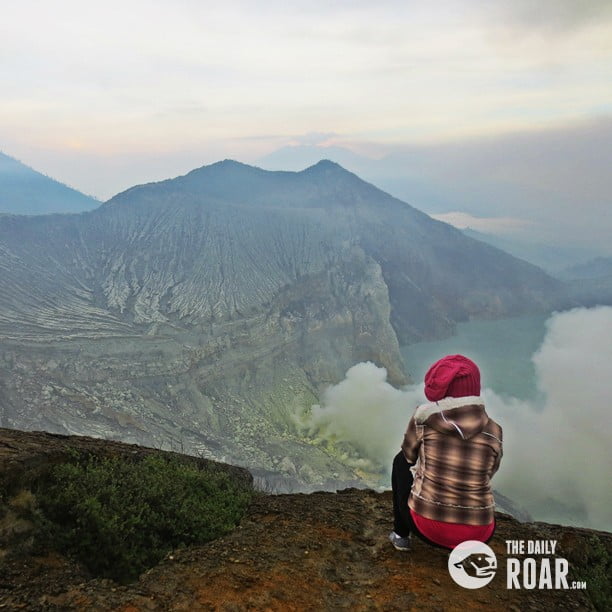 Ijen Crater is a volcano complex located in 3 villages, Situbondo, Bondowos and Banyuwangi, East Java, Indonesia. To reach it, we chose the road from Paltuding, and need to cross the Industry Forest area owned by Perhutani (Government Company). The weather was so cold, around 9 degrees. Bring your thick jacket, gloves and socks to avoid the coldness. While we were there, we stayed in the Office hall. The hall was so terribly cold, dusty and dark. No electricity available after 6 pm. You need to bring the light if you want go to the toilet which is available outside of the hall. 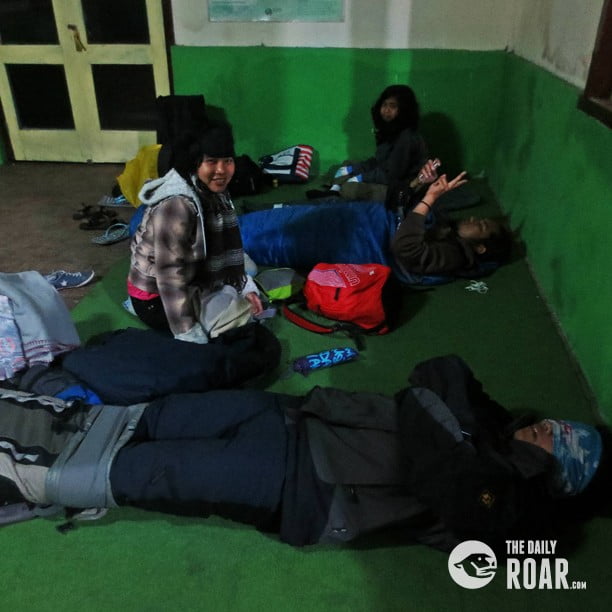 Sleeping in the Office Hall

At 9 pm, we went to sleep and around 1 am, our guide, pak Imam, knocked the hall’s door and wake us up. Time to hike to the mountain to catch the blue fire. You only can see the blue fire in the very early morning. By climbing up for 3 hours, we expected to be on the top around 4 am.
Ijen Crater is a mountain that lies on 2.799 m (9,183 ft) from the sea surface. The road with asphalt surface, make it easy to walk, but quite sneaky. Some of the sand and gravel roads made us tired easily. A friend of mine already felt the dizzy and threw up so many times because of the elevation effect. It’s very normal if we can’t adapt the elevation, we feel dizzy and sick. We walked and walk and walk, then finally arrived in the top of the mountain.

The crater is very famous with blue fire that we can see close up enough by going down to the crater. Blue Fire actually a natural fire come from the Crater. The way to the Crater is dangerous because of the slippery road, very narrow and so many stones around it. It has very limited space to step because on the other side, a huge deep cliff will be waiting for you. Yes, it’s dangerous – but worth to try. Just stay focused and you will able to go up and down safely. 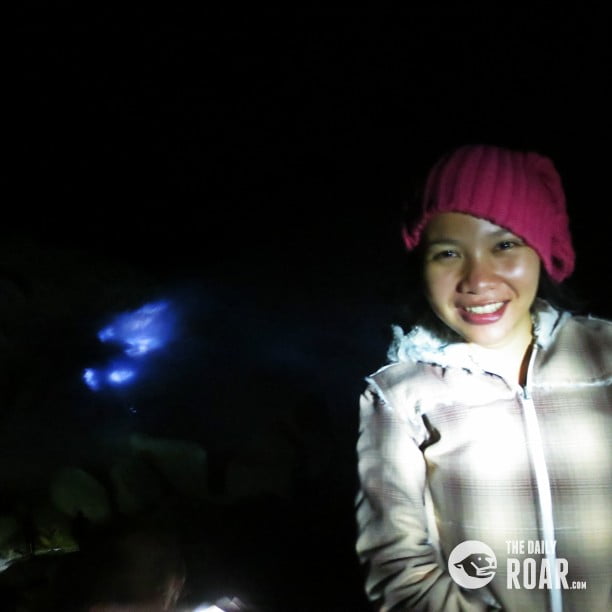 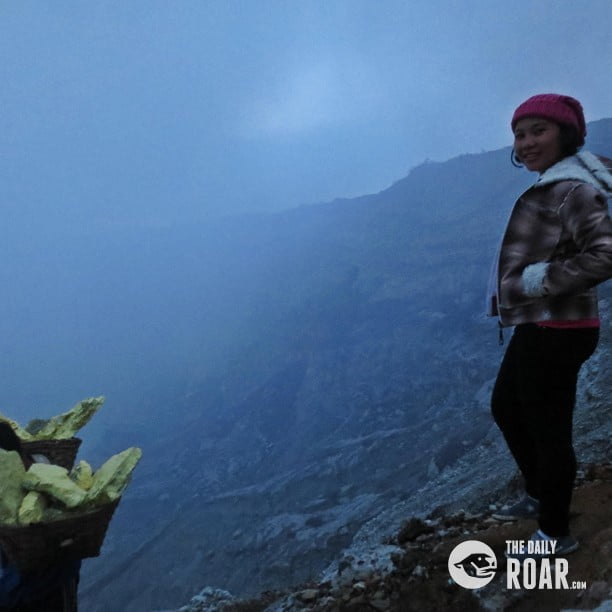 On the way up to the Crater 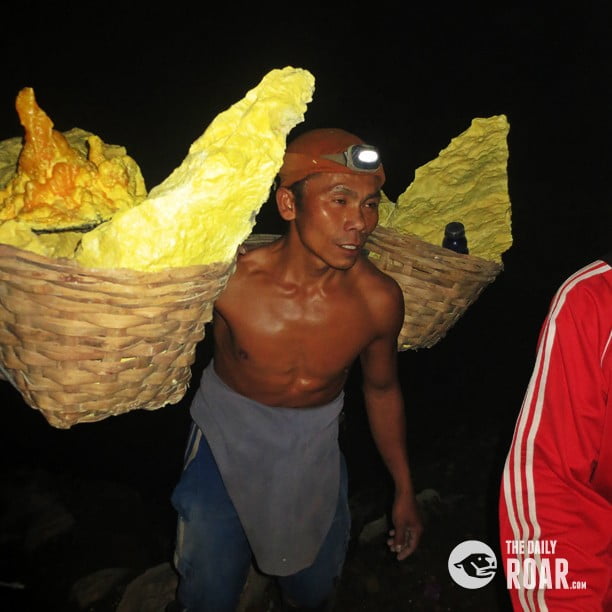 One of the Sulfur Miners

On your way in Ijen, you can see so many sulfur miners who try to earn money by taking the sulfur from the Crater to the place where the sulfur being weight. Usually, the miners break the sulfur into large pieces and carry it away with baskets. They get Rp. 750,-/kilo – with maximum weight they can bring is 100 kilos twice a day. Means, they only earn money around Rp. 150.000 ($15)/day. Imagine if they have 2 or more kids with a housewife! Not only it’s such a hard work, they also need to risk their life by going down to the Crater everyday with improper mask. The black smoke of the Sulfur can damage their lungs – that’s why it’s suggested to wear a proper mask and avoid the black smoke or only going down in a certain time (early morning) while the smoke blows to another direction. 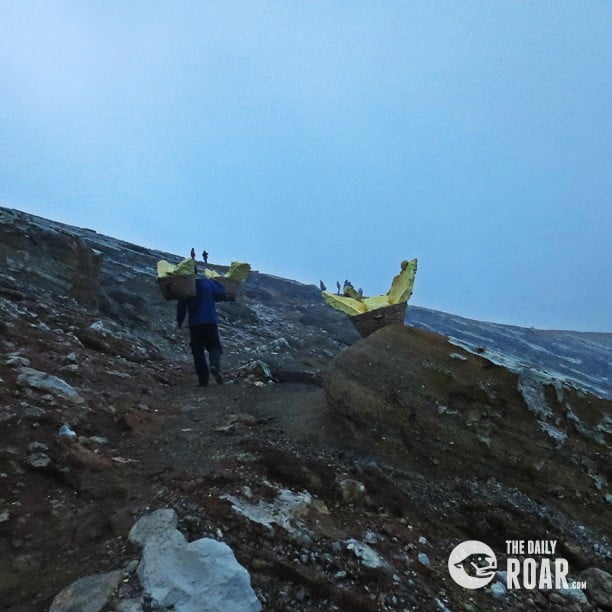 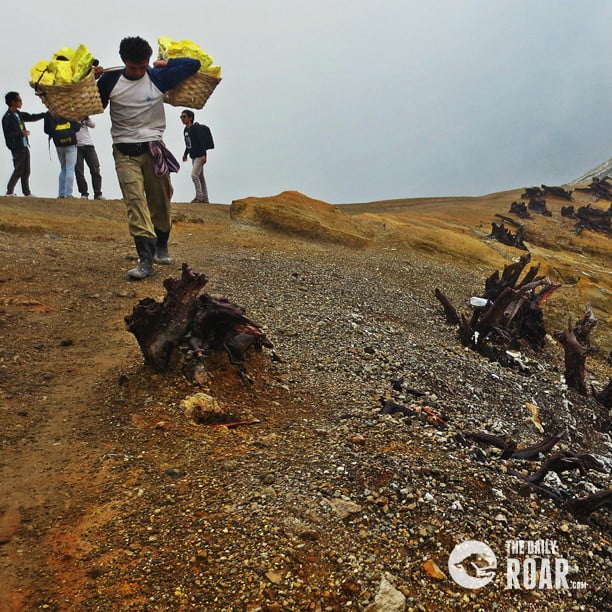 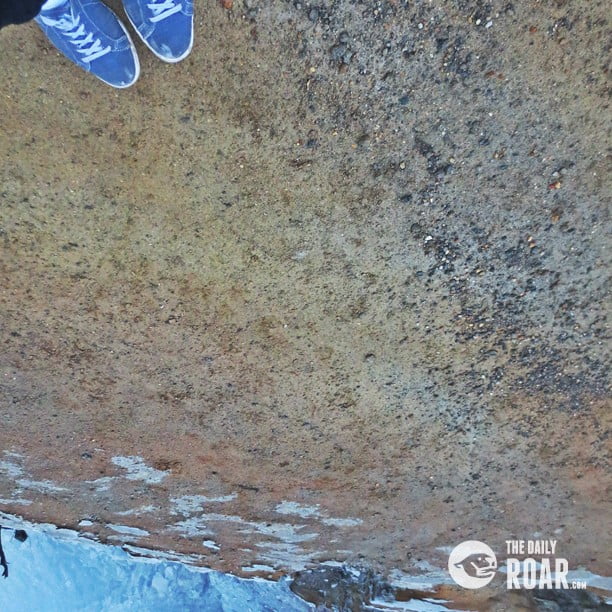 One step away from the cliff

I heard from the guide, usually miners who work there are only able to do the job for 10 years, before dying because of the lungs problem! The miners also don’t have such a proper insurance and medical allowance from the Sulfur company. I wonder what the local government and company do regarding this matter – actually sulfur can be used for so many industry as a raw material – they get profit from it, it’s just a good moral to take care of their employees/citizen. Pak Imam (the guide) told me, that he has a dream to let the world know about what happened in Ijen Crater – so they can treat the miners better then now (that’s actually my reason to write about this article). 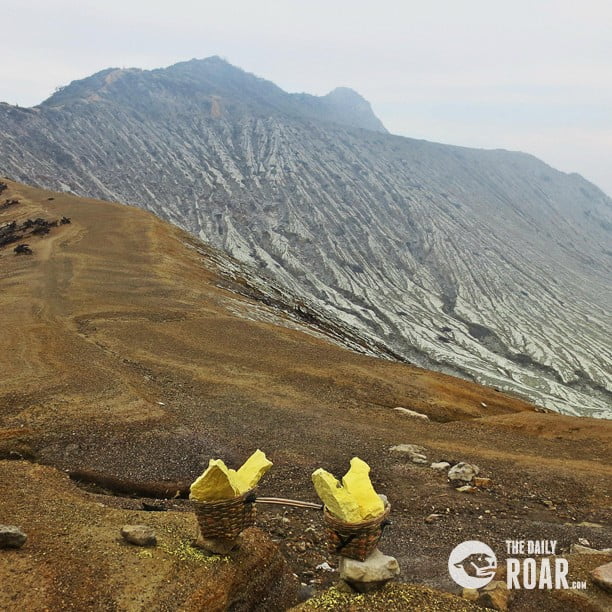 We went up again and took a rest while enjoying the beautiful view of sunrise and pretty blueish color of the sulfur lake. The view was so astonishing! I feel so tired but also grateful. I am proud that I can see the place with my own eyes and it lies in the beautiful Indonesia country. 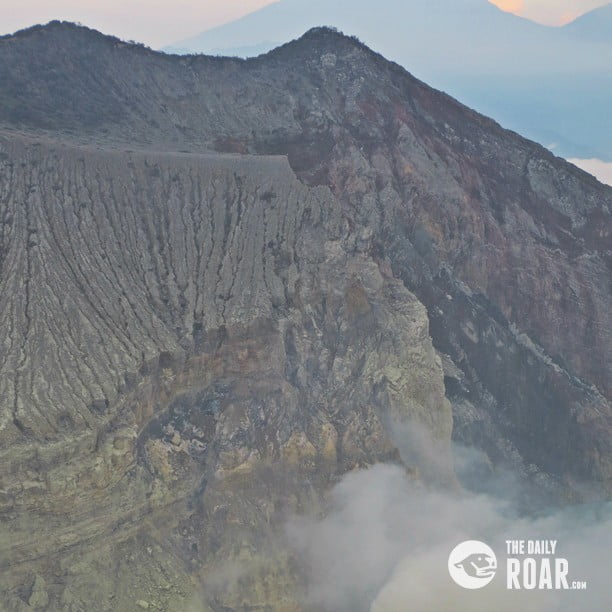 Resting and enjoying the view 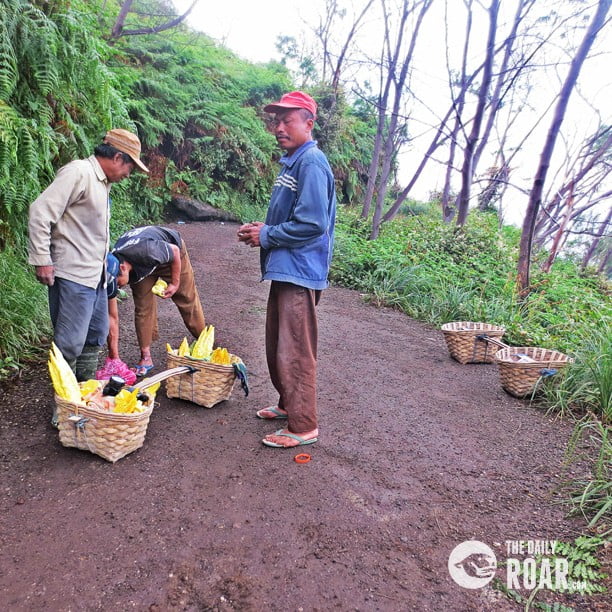 Some miners make money by trying to sell souvenirs 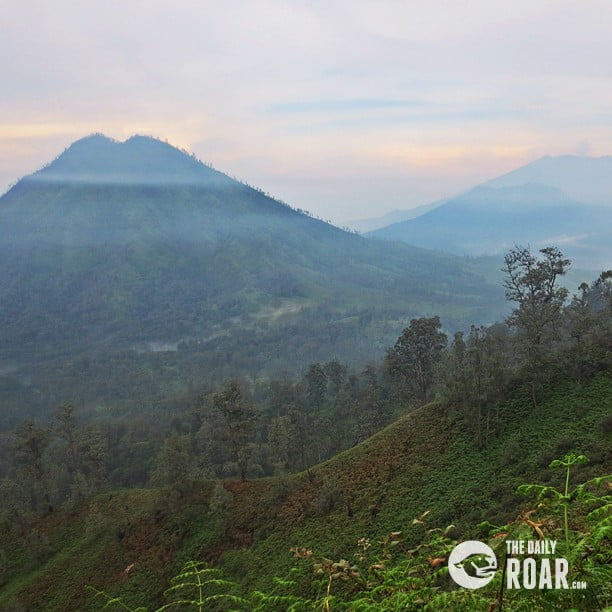 View on the way back