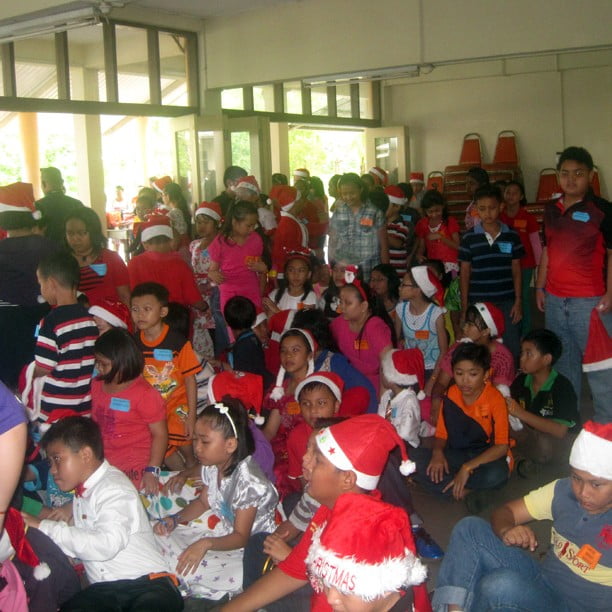 Christmas is just a week away, and 2013 is almost over. Children would hype themselves with the merriest year-end school holiday, with Christmas trees, Santa Claus and presents; those who are serving at public sectors are able to make a smile out of their faces with their year-end bonuses and taking a break from their job, although such is not one of the luxuries for someone like me. But, I digress.

Last Saturday, on December 14th, I managed to have a look at the Children Christmas Party; that was, after a little persuasion from my sister who happened to be one of the event staffs. The Children Christmas Party 2013 is one of the events organized by the St. Ann’s Parish, 10th Mile Kota Padawan, Kuching and was held at the St. Lukas Centre, not far from the St. Ann ‘baruk’ church. Children aged from 2 to 12 years old were invited. Parents of the participants were also invited so that they get to care for their children and also to brighten up the party. 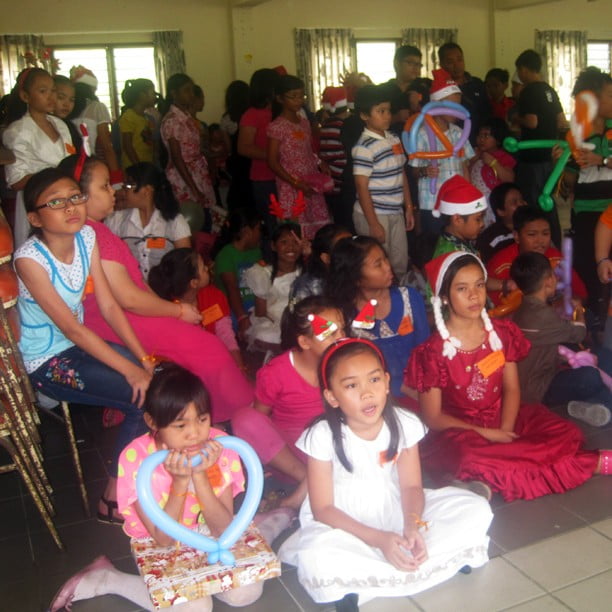 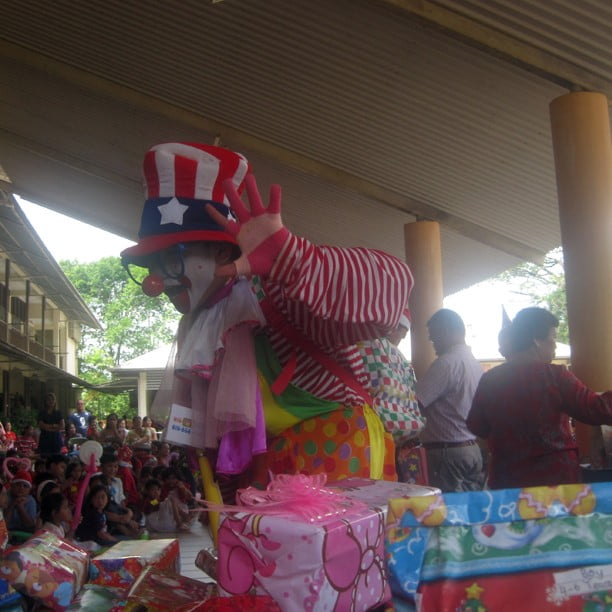 The kids and their parents get to enjoy themselves by playing party games, watching a magic show from a clown, and also getting their loots of presents by none other than the Santa Claus. The party started off with a few rounds of various party games. All of them were split up into groups of five people each. The winners get to enjoy their victory and the groups which did not make it, some of them were pretty sad to not win the games.
But there was no need to fear, or being sad, as a clown was there at the party to cheer them up. The clown was performing a magic show for the kids, showing his tricks to keep the children and their parents entertained. The clown was also performing his art of making balloon animals. While the clown was busy entertaining them, there was a ringing sound. It was a queue that Santa was there. The kids cheered as Santa Claus gave them presents. Most of the presents were sincere donations bought by some of the locals’ Catholic community.

The party started some time during the morning and ended at noon. It was a pleasurable and a fun experience towards the kids and also their parents. They get to enjoy themselves, filled with happiness. The staffs who handled the party were awarded with balloon animals given by the clown as a token of appreciation. At least, their hard work was not in vain. It sure was a great party.