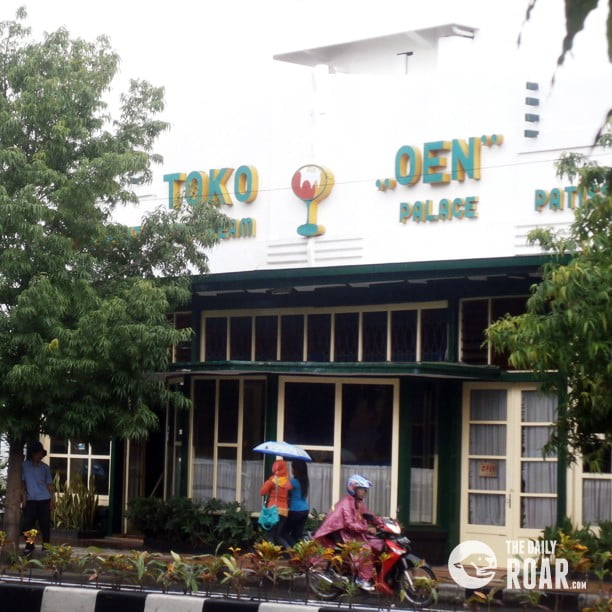 Some buildings in my town, Malang, East Java, Indonesia, are the heritages from Dutch Collonials. Some solid old churches or schools were built by the Dutchmen with their classic architectural style. Mostly they are located downtown. One of them is “Toko Oen” that is famous of its homade ice cream recipe. You will feel melting ice cream on your mouth with unique taste different from any modern comercial ice cream. Tutti Frutti and Oen’s Special will really satisfy your appetite and curiosity of these well known recipes.

The interior, exterior, and the menu will bring you back to the time and setting of 1930s where many Dutchmen lived in Indonesia. Classic Tall building will give you cool air even withouth any air conditioner. Some Dutch tourist come to this cozy place not just for breakfast or lunch but also to remain their nostalgia to their past memories in Indonesia. Hence, the shop keeps the menu both in Dutch and English and the decoration the same as it was in 1930s. 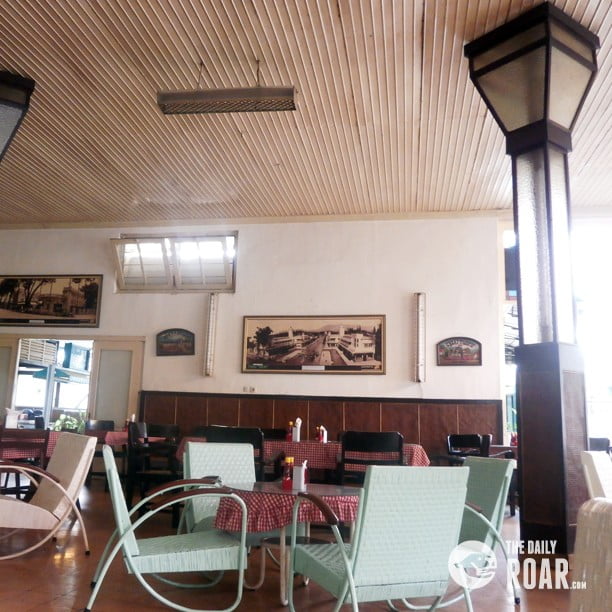 The menu offered are Indo-Holland cullinary which nasi goreng and oxtongue steak as the most favourite (See the link here). Many domestics and international tourists visit Toko Oen to try other classic recipes. Started from appetizers of little snacks like pastry, croquette and rissole , some delicious soups like chicken soups, mushroom soups, and asparagus-crab soups, steaks, homemade sandwiches and burgers, Dutch style salads, old fashioned ice cream, and fancy beverages will never make you disappointed with average budget Rp. 40.000,00 per item that you spend. This shop also offers oriental cuisine like porks and Indonesian specialities.

Toko Oen has a slogan in Dutch that is displayed toward the costumers every time they enter the shop, “Welkom in Malang, Toko “Oen” die sinds 1930 aan de gasten gezelligheid geeft” which has the meaning. “Welcome in Malang, “Oen” store/shop was here since 1930 and has given the comfort atmosphere.” 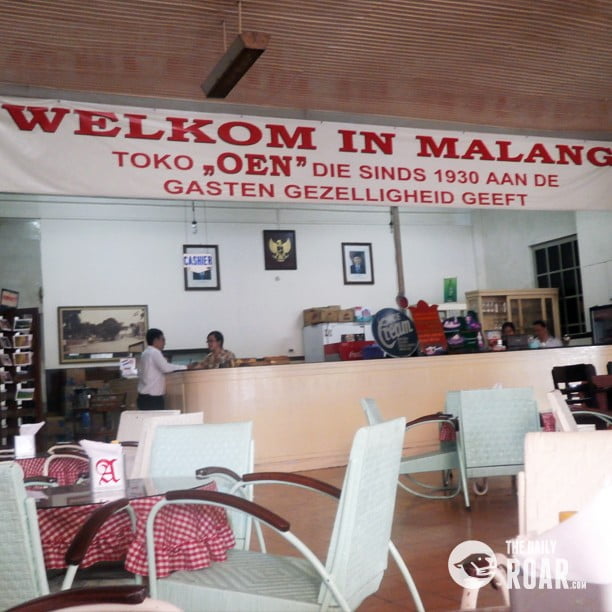 Flashing back to the past history, Toko Oen was actually existing in four cities; Jakarta, Semarang, Yogjakarta and Malang. It was firstly built in Yogjakarta in 1922 by half-blood son of Chinese and Dutch, Liem Goe Nio. Because people proved that his food was great, he opened the branches in Malang, Jakarta, and Yogjakarta. But now only in Malang and Semarang that are still open. In 1997 the branch in Delf, Holland was opened. And followed in Denhag in 2000.

The though building near the town hall of Malang keeps standing as a witness of many people passed by through decades to leave out their priceless heritages; architecture and culinary.