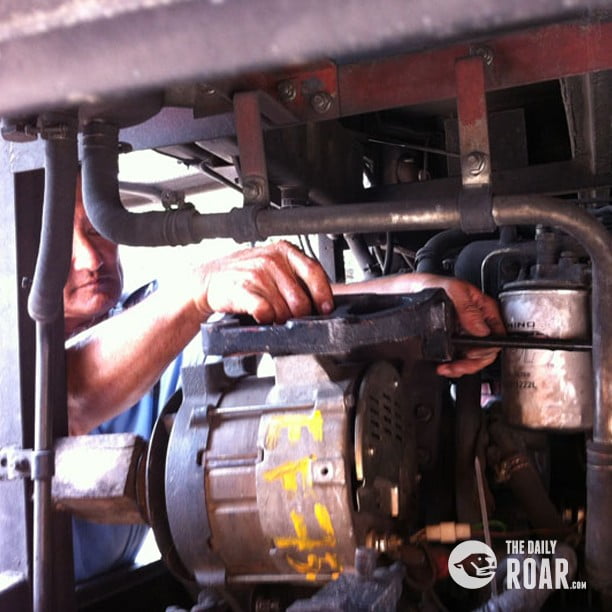 In Malaysia, we have a good system of roads and highways. We can travel to the North, all the way to Thailand and to Singapore in the South, using the North-South Expressway. Of course, if you would like to save time, you can always take a flight. We do have a number of low cost airlines servicing the South-East Asian region as well as to the Pacific and Australasia.
I chose to travel by road to Singapore with a group of church friends because it has been a long time since I sat on an express bus. The group was big enough to charter the express bus. We shared the fare among ourselves and it came to MYR 159 per person for a return trip. It is reasonable but the travelling time would be around twelve hours one way. The bus would travel at night and we will reach the Singapore checkpoint in the morning. We all waited at the pickup point at a bus stop just opposite the Penang Sungai Nibong Bus Terminus. The bus was late by an hour but we didn’t mind. I guess we have met with buses missing their schedule often enough not to be unduly worried that it will not turn up. We know that bus companies have their problems with maintenance and lack of bus drivers. There are bus companies like Aeroline or Plusliner which are more punctual because they charge higher fees and they maintain their reputation accordingly.

We had hoped that the express bus could take us to the hostel where we would be staying while in Singapore. We had arranged this with the bus company two months before our trip. At the night of our departure, we were informed by the bus company that Singapore transportation law had changed. Express buses can only drop and pick up passengers at the Golden Mile complex. Having this last minute information, we were caught unawares. We reached Singapore via the Johor-Singapore Causeway uneventfully but the group of us had no idea how to get to our hostel from the Golden Mile complex. We called the church where we would be attending the conference and they were quick to arrange transportation for us. We were so glad to finally arrive at the Girls’ Brigade Centre at Upper Serangoon Road, Singapore.

On our return trip from Singapore to Penang, we boarded our express bus at Golden Mile complex. This time, the bus was punctual. We were pleasantly surprised that the bus driver used the Malaysia-Singapore Second Link, Tuas, to Johor. We saw a little bit more of Singapore before we crossed the Straits of Johor into Tanjung Kupang, Johor. I felt the difference between Singapore and Johor at that time. In Singapore, everything looks neat and tidy. In Johor, it didn’t look the same but I felt at home in my home country. On the short trip across Tuas, the Second Link, the bus air-conditioning system broke down. The bus driver informed us that he will drop us at a highway rest stop and the bus company will send another bus for us. So we had our breakfast at the rest stop and waited for the replacement bus. It arrived within an hour and we happily boarded the bus on our return journey. But alas, 5 minutes later, the driver heard a sound and he pulled aside where he could inspect the engine.

We thought that something was wrong with the air-conditioning system (again) but it was not the case. Something had broken and the bus driver had to get it fixed. He saw a small workshop nearby and reversed the bus into the small lane. Behind the workshop was a recycling center. The bus driver and his companion went into the workshop. Later, he informed us that one of the bolts had broken and it would need replacement. We will have to wait for repairs. 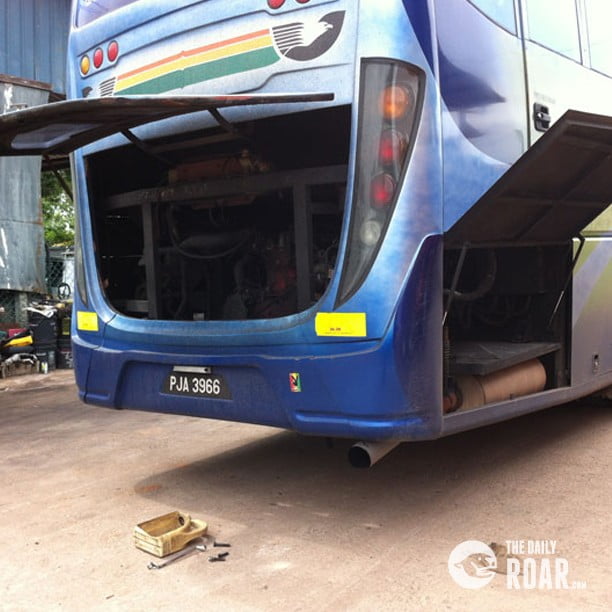 Our express bus with the side covers opened to reveal the engine. 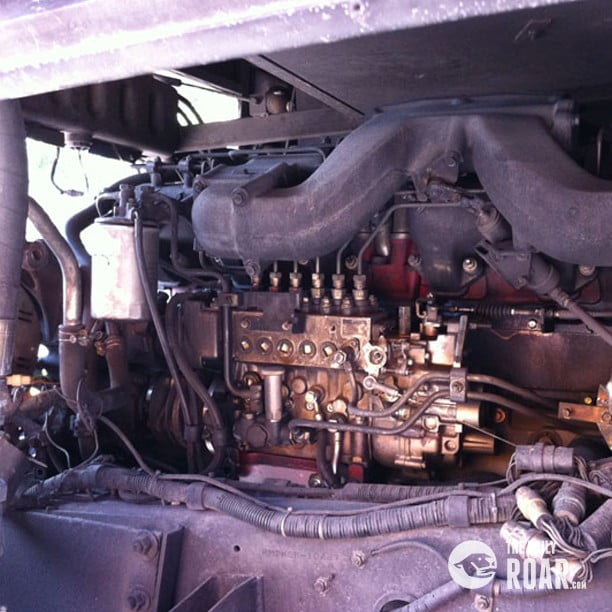 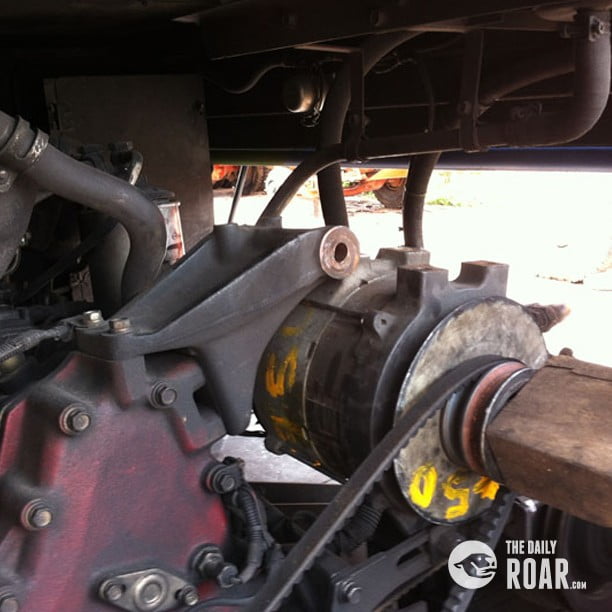 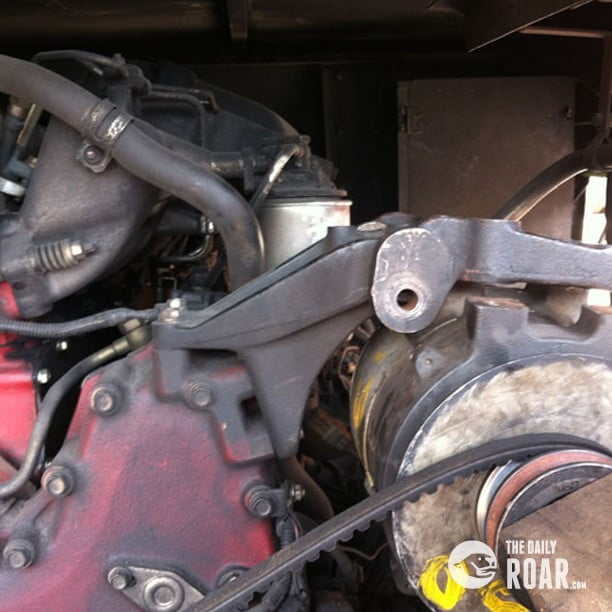 One of the bolts broke and had to be replaced.

In the workshop, the foreman said he could find a replacement and would have it fixed in a jiffy. We didn’t really know what to do and some of us took a walk to the shops nearby and enjoyed the air-conditioning in the shops. It was noon and it was hot.

The Chinese foreman was good at his word. He took off on his little motorcycle and came back with a similar bolt in less than 30 minutes. I stood by and took pictures. He was smiling at me and said, “It’s for blogging, right?” I happily replied yes. He spoke in Malay and the bus driver and companion nodded in understanding. Pretty soon, one of the two drivers spoke to me and said he had a Samsung smartphone. We started comparing smartphones and chatted while the foreman did the repairs. It didn’t take long to fix the broken bolt and by then, I was friends with the two bus drivers.

When everything was fixed and tested, the bus drivers told me to get the rest of the passengers back and we were all happy to be seated and get on our way. We reached Penang Island past 8pm but to me, what an adventure!