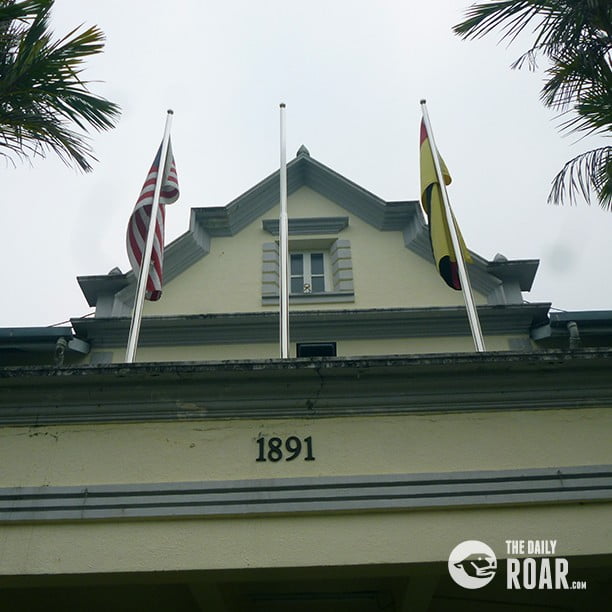 Kuching boasts a number of interesting museums, many of which are free to enter. The Ethnology Museum is one such example. A great place to learn more about the city, the state, the traditions, and the people who live there, you’ll find the Ethnology Museum within the purpose-built building of the Sarawak Museum. Established in 1891 by Charles Brooke, the so-named White Rajah, the building was modelled after the Town Hall in France’s northern city of Normandy. Two cannons from the colonial times flank the entrance, sitting proudly as a reminder of the past. It is the oldest museum in all of Borneo.

Despite the museum having been taken over by the Japanese during the WWII invasion, the exhibits remained virtually undamaged, largely thanks to a supportive Japanese officer who protected the museum.

Do note that photography is not permitted in most parts of the museum.

An impressive building, it features intricate carved plasterworks and high ceilings, creating a grandiose and splendid effect. Divided into several areas, the lower floor has a small natural history collection, with stuffed animals and birds, seashells, fossils, and more. Rather old-fashioned in its layout and presentation, you would be forgiven for thinking that you’d taken a giant leap back in time. On the lower level you can also see some old mining equipment that was previously used in Sarawak, and learn more about the state’s petroleum industry.

Make your way up the sweeping staircase to the upper level for some of the best displays. The rooms on the first floor showcase Borneo’s captivating tribal culture, with representations from several of the island’s tribal groups.

Intricate and ferocious-looking wooden carvings cannot fail to impress. There are ghastly faces, animals, and beings that seem to be part man and part beast. There is a large number of cultural objects on display too, including fearsome-looking spears, masks, musical instruments, woven baskets, and eating utensils. A visually enticing array of arts and crafts is sure to grab your attention, and you are bound to be impressed by the ingenuity of hunting traps and fishing equipment that were utilised by local people in their day-to-day lives.

The walls are decorated with colourful and eye-catching tribal murals, with local artists having created the wonderful scenes that represent the Kenyah and Kayan groups. A major feature is the replica of an Iban longhouse. You can walk through the house, seeing how people from this group typically live. 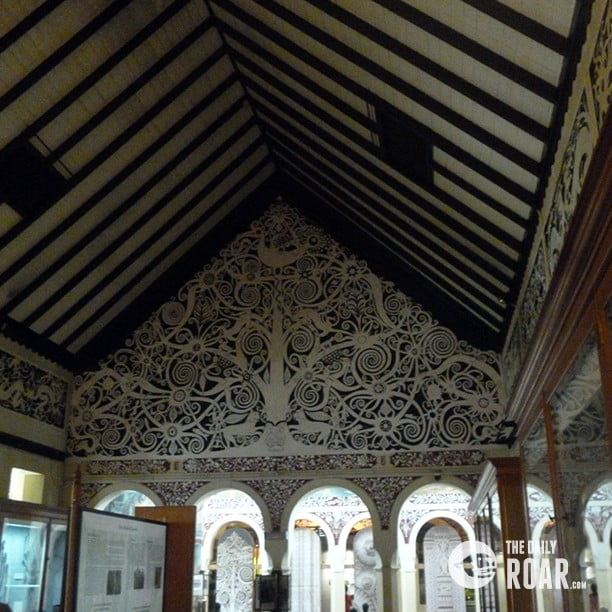 You can gain insights into the spiritual beliefs and practices of several tribal groups, as well as learning more about customs like tribal tattooing and piercing. Many visitors are enthralled by the head-hunting legends!

A city rich with museums, make sure that you don’t miss the excellent Ethnology Museum when travelling around Sarawak’s Kuching.