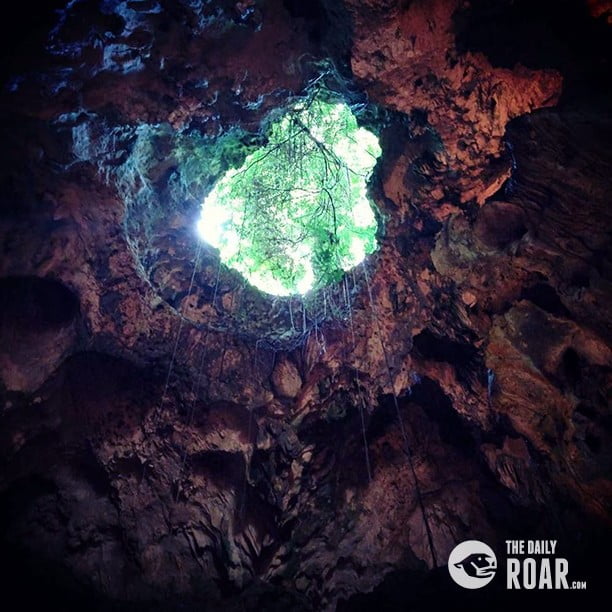 Goa Jatijajar is a cave located in southwest Kebumen. The cave has a length of approximately 300 meters from the entrance to the exit of the cave. Goa jatijajar is a natural cave that forms in limestone mountains of a thousand mountains. 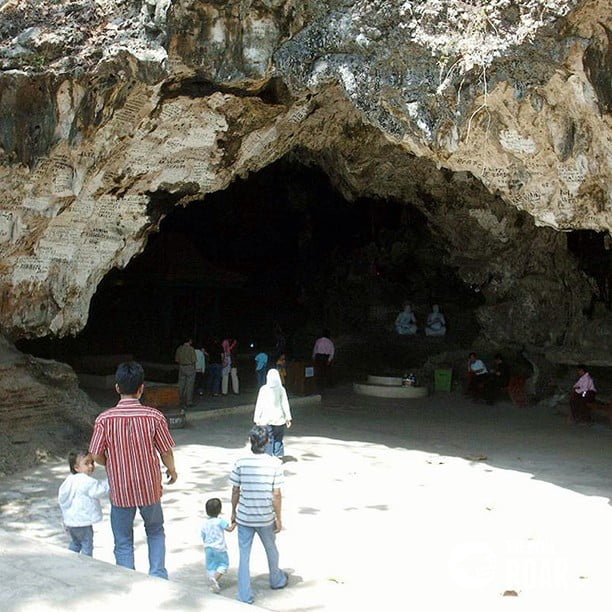 Continue to Goa Jatijajar location. Along the way, we will be treated to beautiful natural scenery as well as there is also a natural swimming pool that uses water from mountain springs. Rows of hundreds of stairs also welcomed us to get to the location of the mouth of Goa Jatijajar.

Dinosaurs, to attract the attention of visitors, on the way to the mouth of the cave, we will see a huge dinosaur statue with a length of about 50 meters. From the mouth of the dinosaurs out of the mountain springs that directly flow into the natural pool.

The mouth of Goa Jatijajar.

Up at the mouth of Goa Jatijajar, we will be greeted with a large room enough. What is unique from this cave room, above the cave ceiling with a height of about 20 meters there are many writings using foreign languages such as English and Dutch invite our attention. The article contains the name of the author, the place of origin of the author, and the year of writing. The oldest year was written in the 1800s and is at a very high level. It is said that the writing is made when the high floor of the cave is still quite close to the cave ceiling.

Along the way in the cave, besides we are spoiled by hundreds of stalagmites and stalactites that are in the cave, we will also be treated to dozens of dioramas that tell about the journey of prohibited love Raden Kamandaka whose original name Banyak Catra from the kingdom Pajajaran with Princess Cipta Rasa a princess from The kingdom of Pasir Luhur.

Living in the Cave. Due to exhaustion pursued by the messenger of the Pasir Luhur kingdom, Raden Banyak Catra found a cave which he then entered for some time while recovering his strength. 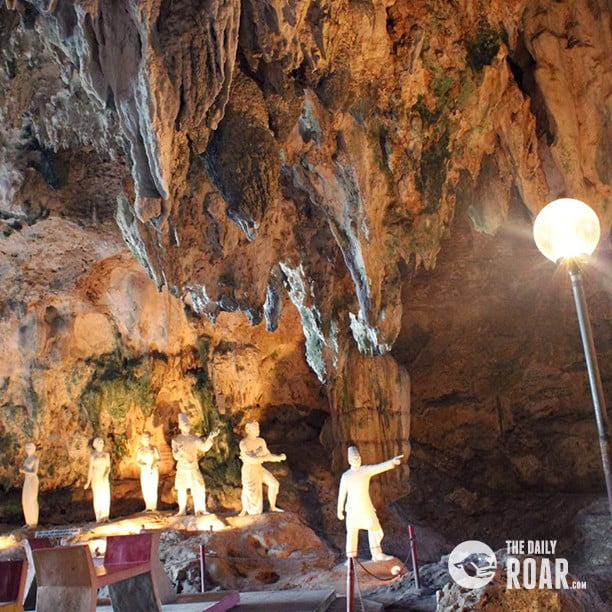 Battle with his brother. The kingdom of Pajajaran also sent a royal son named Banyak Ngampar who is the younger brother of Banyak Catra to hunt and kill his brother and bring his blood and heart. They both have an equally large, though much larger, Banyak Catra. Fight magic-even happened, but after the fight, ultimately Banyak Ngampar realize that his enemy is his own brother. Finally the fight was over without any lives lost. Banyak Ngampar came home carrying blood and the heart of a dog as evidence that Banyak Catra have been killed. In the end, Banyak Catra disguised as ordinary people by the name of Kamandaka.