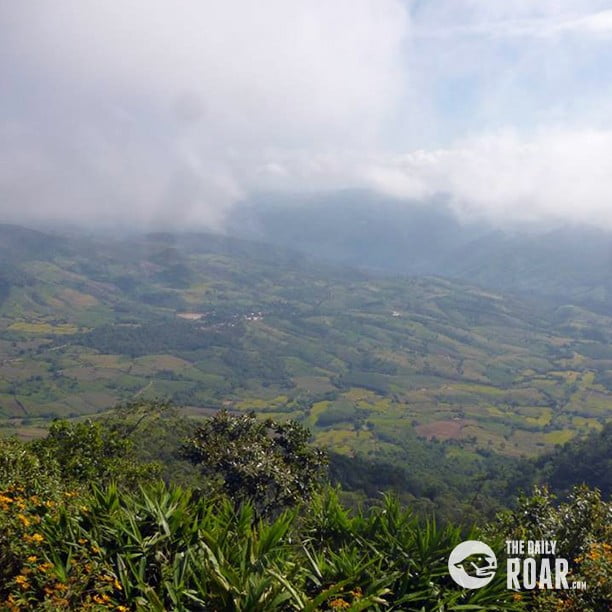 Phu Ruea National Park is located in the mountainous and sparely populated Northern Thai province of Loei. Loei is the only place in Thailand where temperatures can occasionally dip below freezing, and Phu Ruea National Park is often said to be one of the country’s chilliest national parks. As well as being novel for its cooler temperatures, it is also home to plenty of flora that can only flourish in such conditions, enabling you to see things that you can’t spot in other parts of the country. Don your walking shoes, grab a sweater, and wrap up warm, and here’s what you can expect in this lovely national park:

As you enter the national park you’ll see a large digital thermometer outside of the visitors’ centre. Take note of the temperature, as when you go higher you can compare the temperature difference – it’s rather interesting! There’s another large thermometer at the peak, located in the parking area.

The views from the Phu Ruea peak are far-stretching and picturesque. Though the altitude often means that clouds and mists may obscure the views for a while, be patient and you’ll find that the mists rise and the clouds drift past, allowing you to enjoy the terrific vistas of rolling fields, rural landscapes, nearby and distant mountains, and small villages dotted around the terrain; head to the Decho Viewpoint and Lon Noi Cliff for some of the best vistas.

Take a stroll along the concrete-imprinted pathway at the top of the mountain and learn more about Thailand’s native creatures. The path shows many of Thailand’s non-human residents, with an impression of each animal’s outline, its paw / foot print, and its name. Snaking through the trees and bushes, you’re sure to be surprised by some of the creatures.

A small shrine is perched at the peak, overlooking the glorious surroundings. A golden statue of the Lord Buddha sits in the shade of a white pagoda, with sweet-smelling incense and vibrantly coloured flowers having been left as offerings. 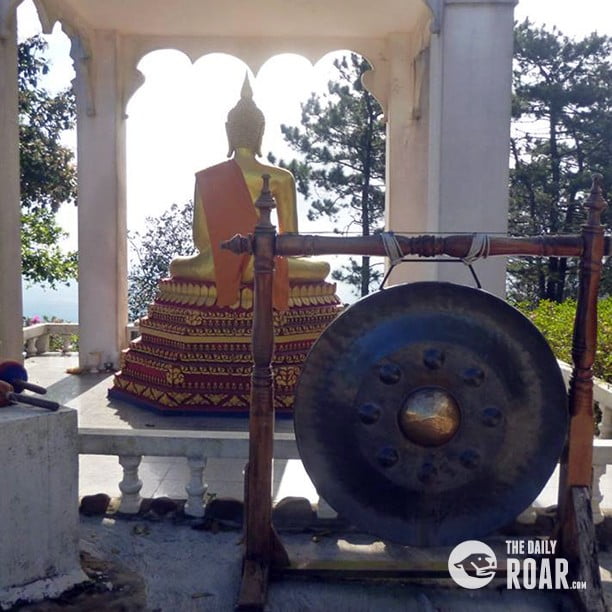 As well as pine trees, that grow better in cooler climates, Phu Ruea National Park is known for its beautiful red poinsettia flowers. Sometimes called the Christmas flower in western countries, if you visit in the cool season (November to February) you can enjoy an abundance of poinsettias in a garden just before the park’s main entrance. Interspersed with colourful statues and with an ornamental windmill as a central focal point, there are plenty of great photo opportunities! 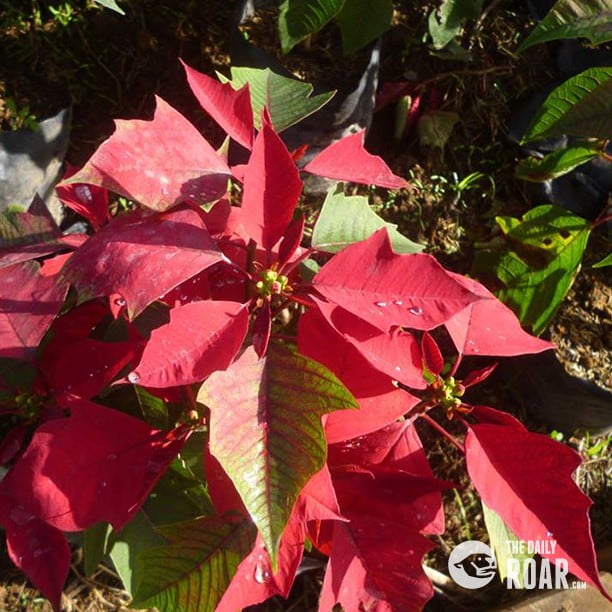 Admission to Phu Ruea National Park costs 200 Thai baht for non-Thai visitors. You cannot take cars or other vehicles to the peak, but there is a parking area close by. If you don’t fancy walking up the steep incline, pick-up trucks carry people up and down for just 20 Thai baht for a return trip.