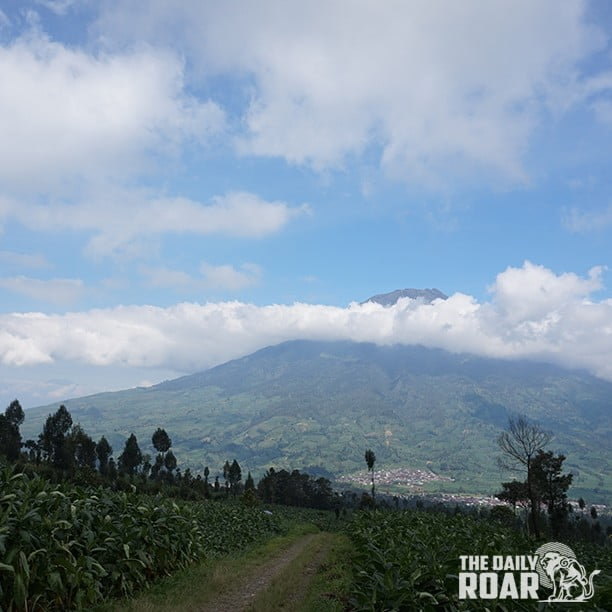 This two mounts are located in Central Java. The Sindoro Mount , well known as Sindara-Sundoro Mount, is exactly located between Temanggung district and Wonosobo district. While the Sumbing Mount , is exactly located in 3 districts; Magelang district, Temanggung district, and Wonosobo district. As the result, Sindoro Mount and Sumbing Mount are located face to face. Because of their location, both of them are also called as Twins Mount. Sumbing Mount which is 3.371 m high is the third highest Mount in Java Island, after Semeru Mount and Slamet Mount.

The myth of Sindara-Sundoro Mount

There is myth behind the Sindoro and Sumbing Mount. Once upon a time there was a family in a village. The father was a farmer. He had two sons. The first son was very wise, and so kind. The other second son was really naughty and so rude. The father began the day by cultivating rice fields. In one day, after working in rice fields, the father came back to home. He saw his children were fighting as usual. Accidentally, the second son was beaten by his father, and it was unpredictable, that his lip was broken (it’s called Sumbing by the people there). So, Ndoro is a nickname to whom is very wise and so polite. Once you see Sumbing Mount from East or West side, you can see that in the middle of the mount is torn.

Sindoro Mount and Sumbing Mount are stratovolcanoes type of mountain. Sumbing’s crater has beautiful view. Its surrounding are canyons, that gives wonderful panorama. Other sides, We can smell sulphur gas, which is from Sindoro’s crater, when it’s raining seasons.

Each of route ways give different beautiful view. We can walk through tobacco fields if we use Kledung ways to reach Sindoro Mount. Forest is always in the middle of the trip, before reach the top. This two mounts, Sindoro and Sumbing have gave Indonesia more fresh air, and they become habitat of plants and animals. Hopefully all climbers concern to keep the mountain clean and fresh.