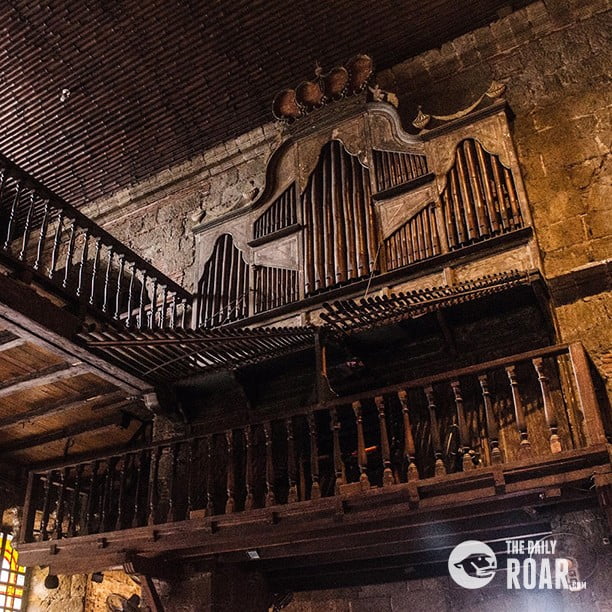 When we hear the word “bamboo organ” most Filipinos would refer to the place and proximity around it or the church where it resides in. However, to foreigners they would be very much curious on how a perennial flowering plant and a musical instrument can be put into one word, well here I am to explain it.

The stunning Bamboo Organ is a 19th century church organ in St. Joseph Parish Church. It amazes everyone because of its unique organ pipes almost entirely made out of bamboo. This master piece was finished by Father Diego Cera in 1824. It really is very old and I know what all of you are thinking, is it still playable?

After all those years and multiple tragedies, the organ was no longer able to produce music. Although, in 1972 the national government and local community joined together in order to ship the organ to Germany for repairs. Due to its anticipated return in 1975, the church and surrounding infrastructures were made to look like their 19th century old selves.

On the second week of February every year,we celebrate the annual International Bamboo Organ Festival because of its restoration and once again hearing it’s one of a kind sound. These festivals usually last for a few days and contain acts from famous musicians from all around the world, a festival mass, and of course a concert from using the one and only Bamboo Organ. It is the longest-running music festival in the Philippines.

Now, I have seen the Bamboo Organ in person and it is really fascinating to look at, even from afar. You can see the intricate lines of aging on the pipes. However, I have never heard it being played before. I have heard that when it does play, it gives off a deep and mystical sound that entrances you.

Curious to hear the unique sound of the Bamboo Organ?

You can also hear the organ playing occasionally during masses. On Sundays, they have masses all day from 6 am to 8:30 pm and on weekdays they have a 6 am- 7 am mass and a 6 pm- 7pm mass.

This is a famous tourist spot for museum-goers and probably the only historical tourist spot in Las Piñas City because of its size. It was considered a National Cultural Treasure of the Philippines in 2003 and is still getting a lot of attention after 2 centuries.

Getting around Las Piñas is very easy. Everything is so close to each other and you can just take one jeepney and you’ll already have arrived at the St. Joseph Parish Church. It is also only 10 minutes away from the Ninoy Aquino International Airport (NAIA). Here is a map on how to get there:

So, what are you waiting for? Come on over to the Philippines and make this historical masterpiece your first stop!