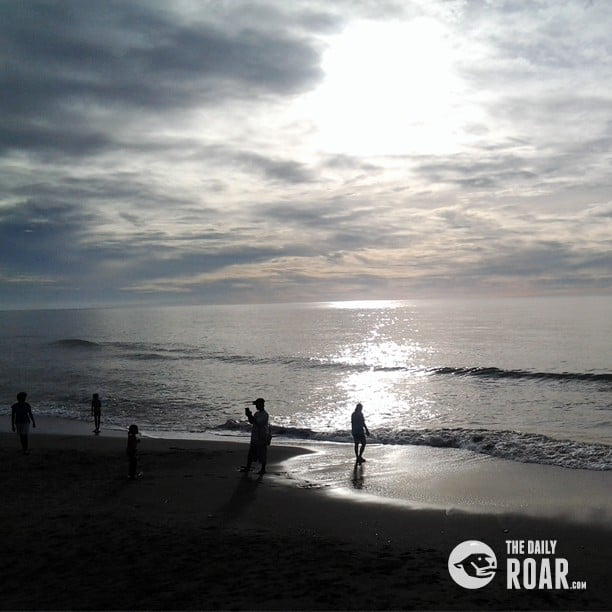 The first time I heard about Anawangin was way back in 2010. It’s a new beach camping destination for beach lovers and campers. Anawangin is located in Zambales. A college friend, a certified traveler invited me to go together with her other friends. On that fateful day, I would also meet another beach lover who shared my passion with beaches. From then on, the three of us would go on other beach adventures which became the foundation of our friendship.

Anawangin is a crescent-shaped cove, an island that can be reached by motor boats operated by fishermen from the nearby villages. Taking travelers to that secluded island is another source of income for them. It was a sweaty and hot day in April of 2010 when we packed our bags and headed to the beach.

There is no resort in the island. It’s a beach camping site. Travelers must bring their own food. You can practically bring your entire kitchen if you wish to. Since we do not have tents, we rented one from a fisherman. The beach camp thankfully has rest rooms with running water. The rest rooms’ walls were made of coconut leaves and they have no roofs.

We arrived on the island shortly after 6 pm. After hastily setting up our tent, we decided to take a swim. It was dark and the only lights were the flashlights from fellow campers. As I looked up the sky, there were so many stars. I’ve never seen so many stars in my life until that night. Without the city lights, stars were out in all their twinkling glory.

Despite the non-existence of comfortable accommodation, I fell in-love with the island when I saw a glimpse of the coastline as the sun slowly rises in the east. The powdery white sand felt relaxing. The island got its white sand after Mt. Pinatubo erupted in the 90’s. The huge amount of ash fall, spewed by the volcano settled on the island. There are tall pine trees also found on the island and serve as shade from the summer heat for the travelers. The island is framed by mountains. The crystal clear water is a picture of perfection deserving to be photographed and be featured in travel magazines as one of the exotic places to go to.

The long hours of bus ride, one bumpy boat ride, failed attempt to build up a tent and a short overnight stay in the island was worth experiencing despite of the hassle. Camping is something that one must try at least once in his life. The lack of comfort can bring out your survival skills and can make you appreciate how to live with simple things. As long as you have a great view and with friends, everything is going to be alright. To find out everything about camping you might want to visit: https://under-the-open-sky.com/

/// Written by Mayleen Cadiz, The Philippines