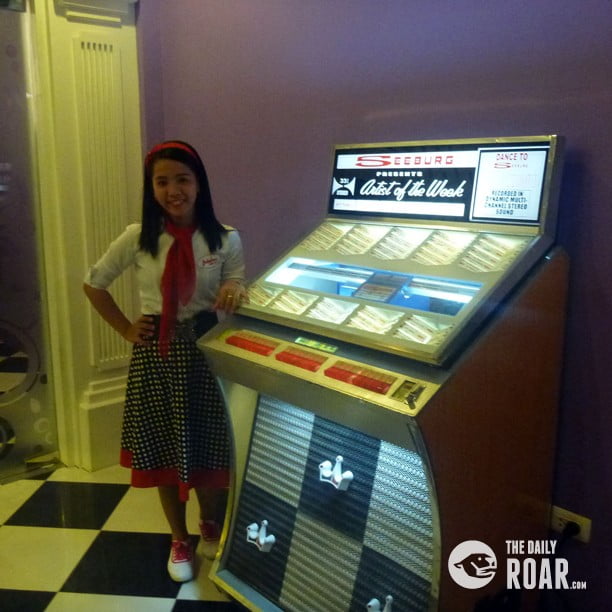 Filipinos love to sing, no doubt about that! It’s no wonder there are countless videoke (video + karaoke) restaurants sprawled all over the Philippines. Wherever you go, you can be sure that there’s a videoke place bustling with both locals and tourists who party until the wee hours in the morning.

In Puerto Princesa, the newest videoke place in town is Jukebox, located within One Manalo Complex along Manalo Extension, just a two- to three- minute drive from the airport.
So what makes it different from the other videoke places in the city? One is the fun and whimsical theme. Probably the first thing you’ll notice when you enter the place are the waiters dressed in Elvis Presley outfits. You also won’t miss the colorful jukebox near the front desk. If you’re wondering if it still works, yes it does! It’s fun, you have to try it!
This isn’t the only thing providing visual interest in the place. The stairs leading to the second floor where the private videoke rooms are located is piano inspired, with each step painted as a piano key. The room are named after popular music artists from legends like Madonna, Beatles, Bob Marley and Michael Jackson to contemporary pop stars such as Beyonce, Jennifer Lopez and Chris Brown. The décor of each room is inspired by the artist it is named after. 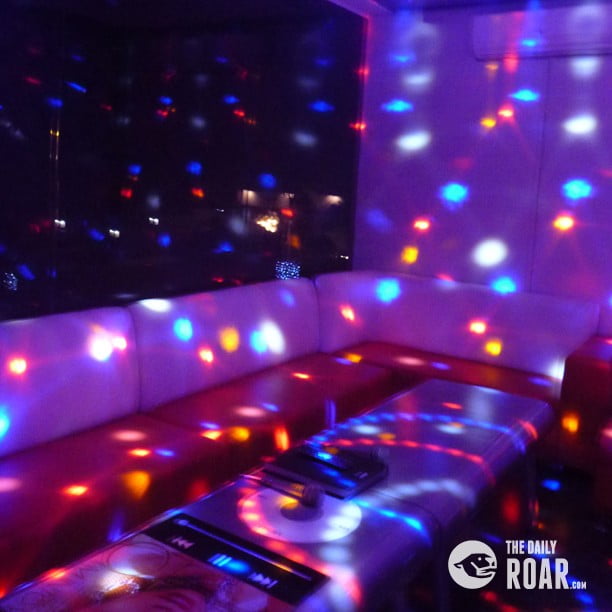 As for the sound quality, there’s nothing you could complain about. Even the service is topnotch. Servers are friendly and efficient. And the food’s great as well. You may order from Jukebox’s repertoire of fingerfoods or if you prefer something heavier, they could also bring you full dinner from the next-door restaurant Hukad.
If you’d like to experience what it’s like to party in Puerto Princesa Palawan, be sure to drop by Jukebox.

A little trivia about jukebox

The jukebox was invented by Louis Glass and William S. Arnold in 1890 but it became popular in the United States and in other countries from 1940s to 1960s. It’s often associated with the rock and roll genre.

/// Written by Wendelou Garcia, The Philippines