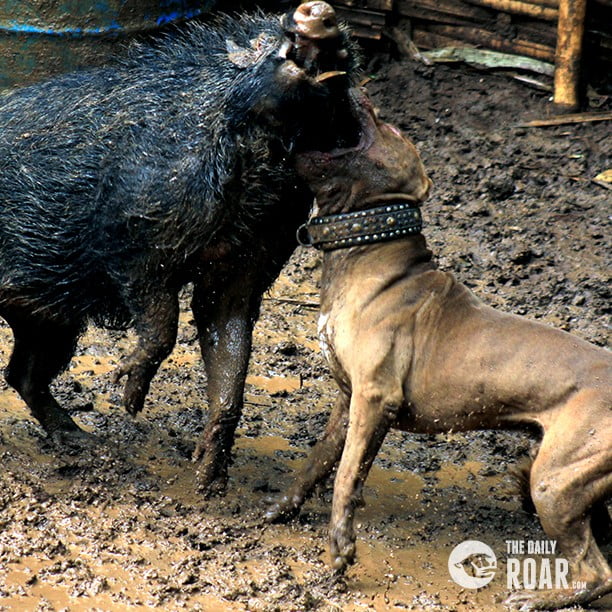 From ancient Rome, we all know the term gladiator. It was a man who fought against another man or animal for public entertainment to the death. In Indonesia they have Adu Bagong. With Adu Bagong a wild boar will get engaged in a fight to the death against one or more dogs. It sounds a bit terrifying and exciting at the same time, so what exactly is it?

The first thing that comes to mind is animal torture to the wild boar and dogs. The fact is that this “game” didn’t just start for pure entertainment at first. It is a long term process of farmers self-defending themselves against the boars in the past. Wild boars were known as annoying animals, as they destroyed the farm and the harvest at the same time. The farmers had to do something to protect the harvest and their families from starving. So they came up with the idea of dogs. Yeah, they used dogs to fight the wild boars but they were too big and strong and the dogs were too small. The farmers came up with another idea, the dogs had to be trained to be strong and they needed a life wild boar to train them. Then people tried to catch wild boars alive. They used the wild boars to train the dogs and it worked. The dogs were getting stronger and they weren’t afraid of wild boars anymore. 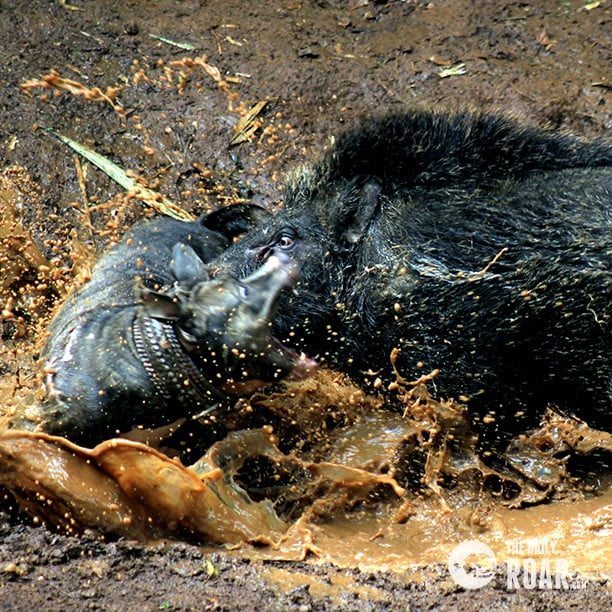 Back then, local dogs were in this game but as time passed by they soon were replaced by Boxers, Pit Bulls, Terriers or Dogo Argentino. You can try to search in internet about this Adu Bagong and you will find videos about how they fight against wild boars. The longer they stand against the wild boars in this game, the higher price. That is why this game soon became a competition for the dogs’ owners to raise the price of their dogs.
You still can find this traditional game of Adu Bagong in some places in West Java Indonesia; Tasikmalaya, Garut, Sumedang, Majalengka, Banjar and Bandung.

This Indonesian animal gladiator game has existed for years up to now because many people still believe in its symbolic message. It is not just a game for public entertainment. It’s a cultural tradition with some social values. It’s a picture of self-defense and it shows us how not to give up even if the enemies are bigger and stronger, how to be a good fighter. Fighters keep fighting, never giving up. In this matter, the wild boars that died in the fight, they really died for something more than just a game of entertainment.