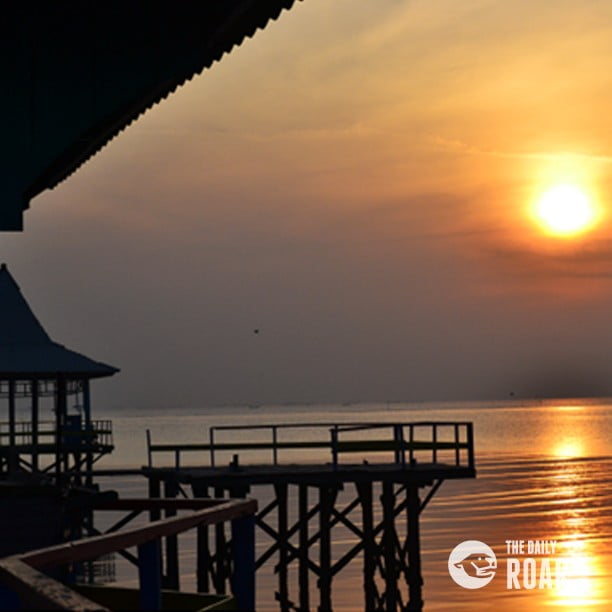 Many people think that Surabaya is only a large industrial city, it turns out the city is also known as a nautical town with a beautiful of Kenjeran Coast. Especially when we see the sunset on the Kenjeran Coast. The Beauty of Kenjeran Coast is no less beautiful than the other Coastes on the coast of Indonesia such as Bunaken in North Sulawesi Coast and Kuta Coast in Bali. It all can be proved when going there and look at the charm of kenjeran Coast with your own eyes.

With many facilities children Kenjeran Coast became one tourist resource for foreign tourists and local tourists to travel with their children. a variety of children’s games have been offered here as teeter totter, slide, and merry-go-rou.
There is Kenjeran park. At this location, many more are offered. Starting from a means of entertainment, sports, religious tourism, culture, and edutainment. But this time, a facility named Kenjeran park has been present here. visitors are offered a variety of means such as culture, entertainment, sports, religion, until edutainment. Kenjeran water park also offers a variety of swimming pools for children and adults. For sports fans futsal.

when night falls, kya-kya reveals its beauty. There is romantic feeling with the lanterns that were in kya-kya. Not surprisingly, this is favorite place for young and old couples in the evening. feeling like being in china more so with a variety of seafood restaurants on the seaside Kenjeran and do not miss there are also places that sell authentic food from Surabaya city such as mussels, clams sate, and crab stew-watering.

There is also Buddha statue located in a dome 36 meters high and was awarded as the largest and tallest Buddha statue in Indonesia. The statue was among the four statues of white elephants and is in an area of 225 meters. In addition there is a statue of Goddess Kwan Im Pou as high as 20 meters that make kenjeran Coast looks beautiful. The statue stands beside its companion: two small children and two large dragon god under grabs orb. nevertheless there are Buddhist place of worship, Kong Fu Tsu and Taoism there. Make sure you pay a visit with your children here when you get the chance.