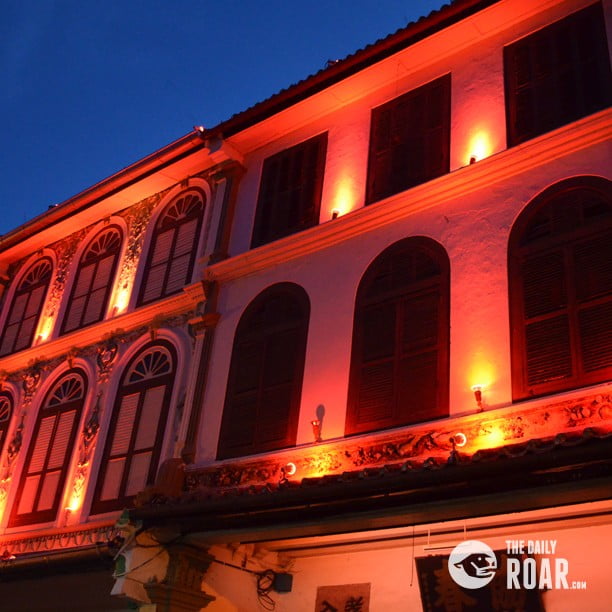 Melaka is one of the most historic towns in Southeast Asia. Traditionally one of the most important ports in the region, between the 16th and 19th Centuries, it was under the control of a Malay Sultanate, the Portuguese Empire, the Dutch Empire, the British Empire, the Dutch again and the British once more. Due to close ties with the Ming Dynasty in China, there has also always been a large Chinese population in the town. This has given Melaka a very unique multicultural, Eurasian feel, with each successive empire leaving its mark in some way. While Melaka has grown into a large, modern city, its historic centre has retained many of its old buildings and a lot of its character. In 2008, Melaka was listed as a UNESCO World Heritage Site.
The historic part of Melaka is centred on the river bank, with Red Square (also known as Dutch Square) on the east side and Jonker St. on the west. All of Melaka’s main sites are within walking distance from these. Dutch square is made up of Christ Church, the Stadhuys building and Beng Swee Clock Tower. It was the administrative centre of the Dutch colony here and is a very pleasant town square. It is also best place to pick a trishaw. Melaka’s trishaw are easily the loudest and most colourful in the region. The drivers seem to compete for the most ridiculous decoration and cheesiest music, which they blare out of speakers as they drive around. Hello Kitty and Gangnam Style are two favourites. 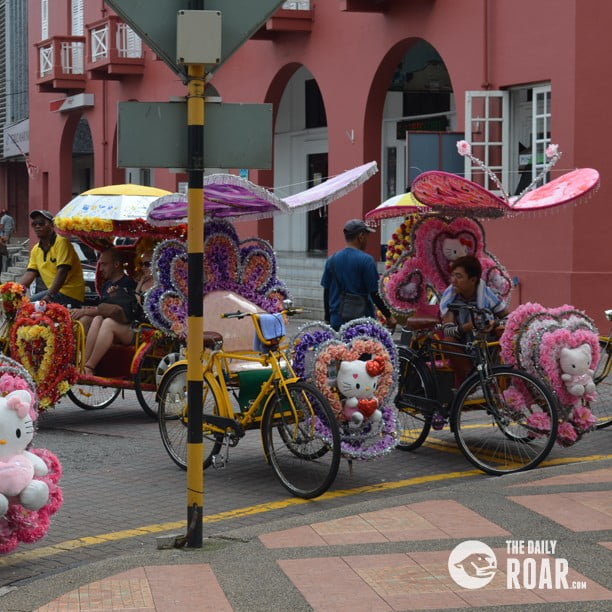 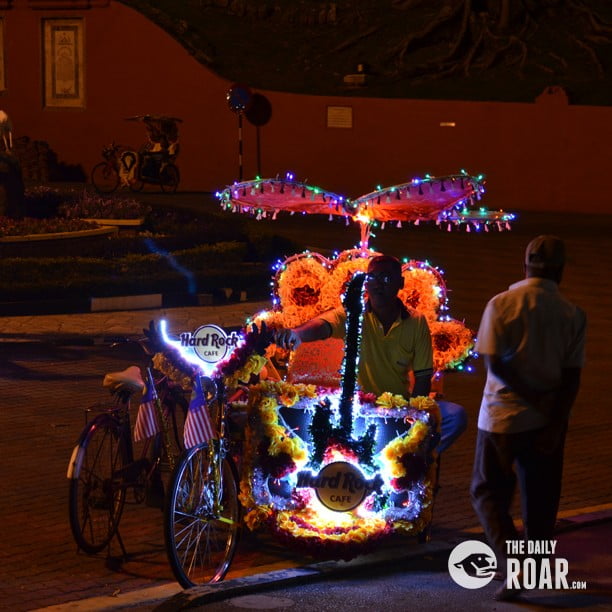 If you walk around to the right of Red Sq. and walk up the hill behind, you will find St. Paul’s Church. Originally built by the Portuguese in 1521, it has since been used by each ruling empire for different reasons. It was briefly turned into a small fortress before the Dutch changed it back to a church. The British used it to store ammunition but it eventually was abandoned as more churches were built around town. The original church walls are still just about intact, as well as the watch tower from its time as a fortress. There are also a number of Dutch tombstones in the area, giving a glimpse into lives of the Dutch colonists. 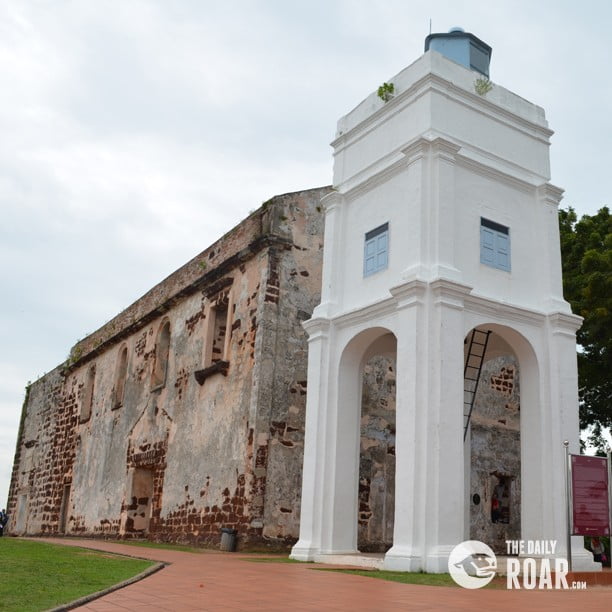 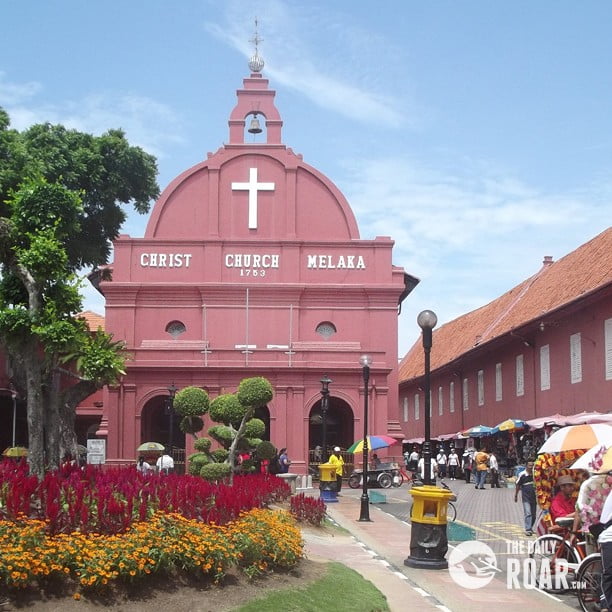 While the east side of the river is made up mostly of old administration and military buildings, the west side is where people have traditionally lived and traded in Melaka. This is still the case and most of the old homes, mansions and shop houses still stand. These have since been converted into more modern shops, museums, guesthouses, galleries and restaurants but have lovingly been kept in their designs, with slight modern updates. Jonker St. is the main strip on this side of the river, with many smaller streets spreading out from it. One of the highlights of a trip to Melaka is simply wondering around these streets soaking up the atmosphere. A stroll along the river in the evening is not to be missed, with many of the shop fronts decorated in graffiti and beautifully lit up at night. 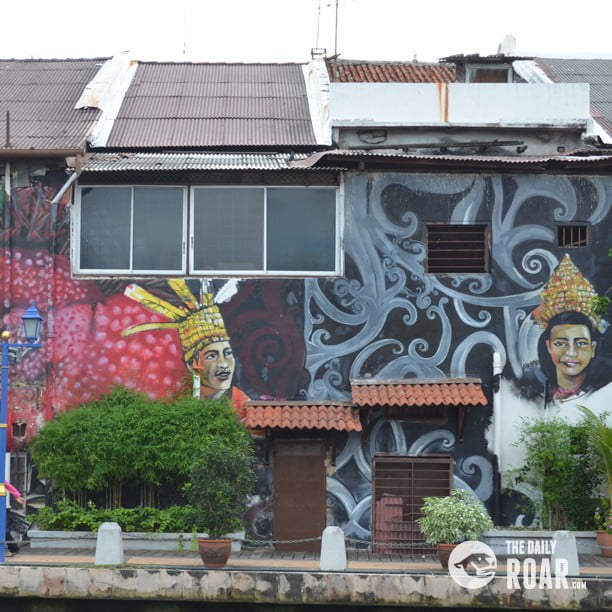 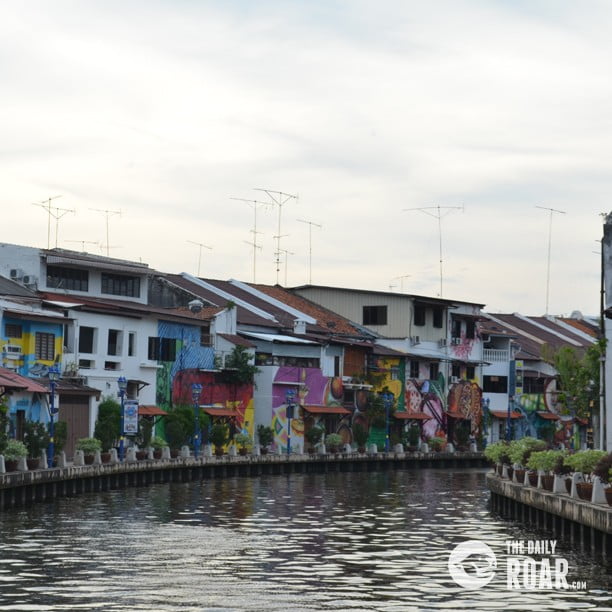 Another great thing about Melaka is the food. Like most states in Malaysia, Melaka has developed a unique style of cuisine. There are plenty of places around Jonker St. to sample its Peranakan and Baba-Nyonya styles of cooking. My favourite was Jonker 88, recommended to me by a friend. Their Baba Laksa is a delicious spicy coconut curry that is also seriously filling and only RM6. Some other classic Melaka dishes to look out for are:

Melaka’s historic centre is a great, small town with a lot of history and character. It is well worth a couple of days exploring and is only 2 hour’s journey from KL. It’s perfect for getting out of the city for some peace and quiet. And if you visit at the weekend, you can do some great souvenir shopping at the lively weekly night market on Jonker St. every Saturday and Sunday night. 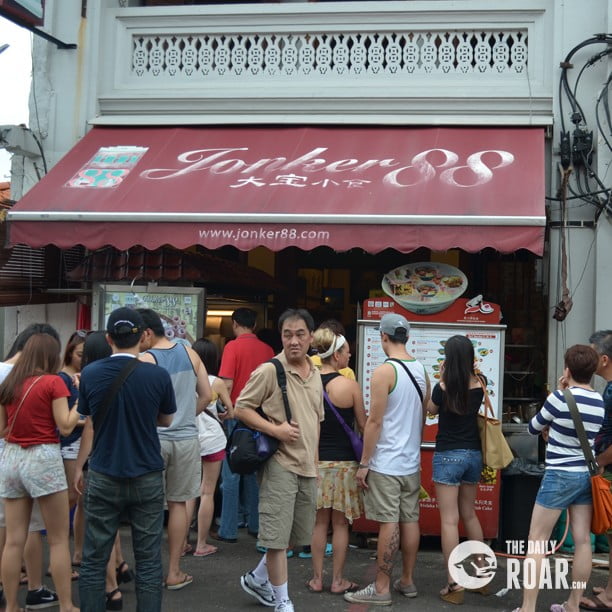 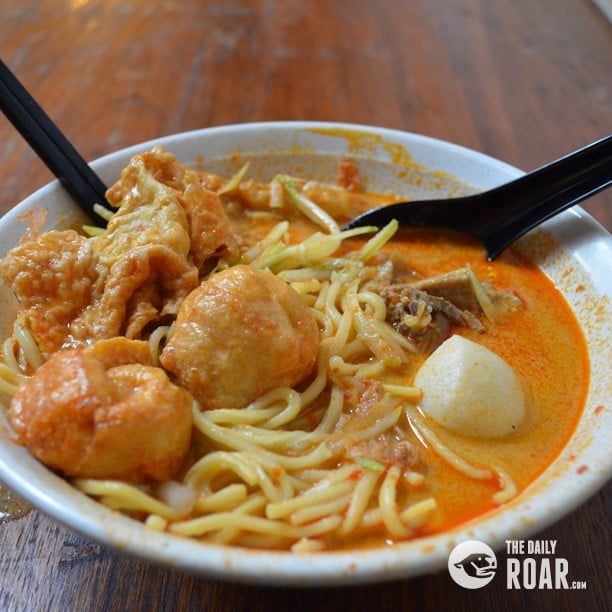 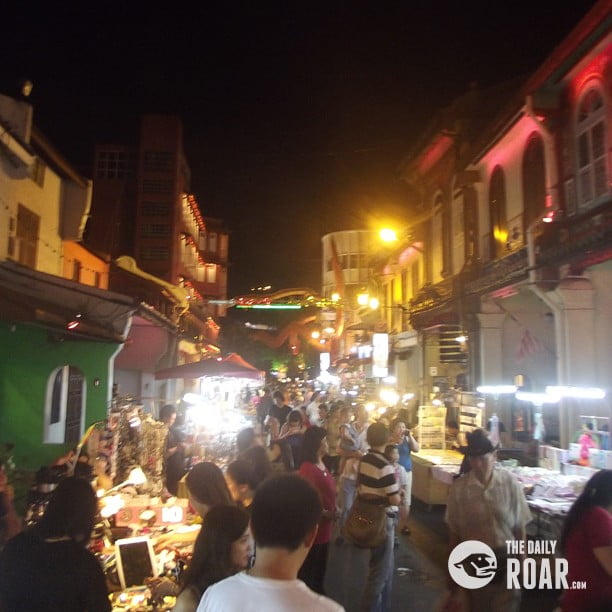 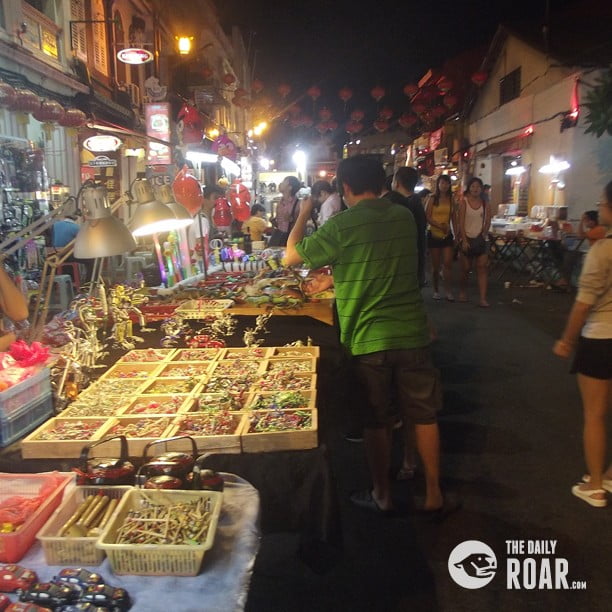 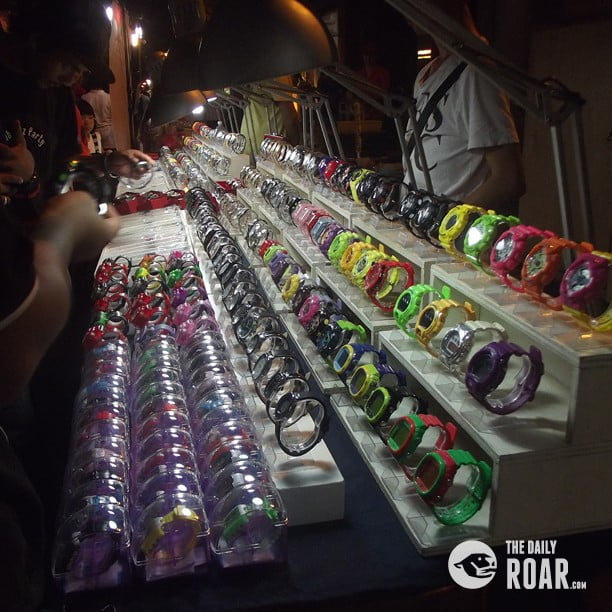 Getting There From Kuala Lumpur

The best way to get to Melaka from KL is via the T.B.S. bus terminal. To reach the T.B.S. terminal, take the KTM train to Bandar Tasik Selatan station and walk across to T.B.S. It’s a massive building and hard to miss. Buses to Melaka leave the terminal regularly and no prior booking is really necessary. Tickets cost 10-13 Ringgit and the journey take roughly 2 hours.

There a plenty of guesthouses and hostels on the west side of the river. They are all in great locations and can be very cheap. A comfortable 10 bed dorm can cost as little as Rm16-20 and a single private room from Rm30.