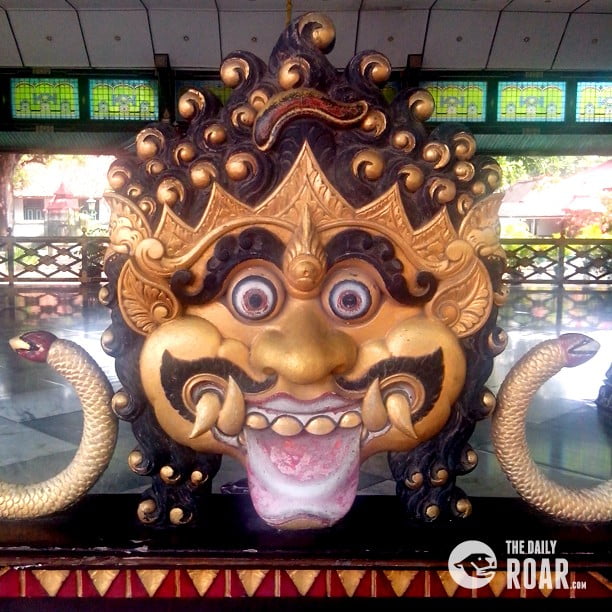 Among so many countries in this world, Indonesia has become very popular for its culture. At least until today, there is no country in this world which put its daily life in combination with local wisdom. Wherever you go to any place in Indonesia, you can easily find sign of local wisdoms there, such as carvings, paintings, shirts, local languages etc. Among so many cultural products, carving has become one of the most popular that no one can not separate from Indonesia.

For a long time, carving has become part of Indonesians’ life. Since a long time ago, Indonesian people have found a way for them to express their idea and feeling, including their local wisdom, culture, belief, etc., to a solid media. Through time, Indonesia carving has developed from simple and plain stone or wooden carving into a complex, meaningful, and colorful carvings. At least, there are some popular locations in Indonesia where you can find carvings with these specifications: Papua, Java, Sumatra, and Dayak. Each of them has their own carving characteristics, but now please let me show you one example of Javanese carving. This carving can be seen at Sultan Palace front gate at Yogyakarta, Indonesia.

Mystic things have become part of Javanese people’s life from a long time ago even until now. They believe that human is not the only one who lives in this world. There are also other creatures who live currently in this world, but not all of them is a good one. There are also bad creatures who can harm human life’s, such as invisible and demonic creatures. Old Javanese belief that once a person harmed by this creature, bad things will happen whether physically or mentally. In order to get rid of these creatures, Javanese people have developed many ways, one of them is by placing buto carving at their front door or gate.

As I have said before, the main purpose of placing buto carving is to repel any bad creatures from coming into your house. As you can see at the picture, Javanese people believe that their house and family will be safe from any bad or demonic creatures if they have some kind of guardian for their house. This ‘guardian’ must be scary enough so any of these creatures will be scary once they see it. That is the primary reason behind the scary looking of this buto carving. Actually, there are some similarities between this buto carving with Balinese ogoh-ogoh. Both of them is a representation of scary creatures which people believe as their guardians, repelling bad creatures from their house and families. Both of them has big and red eyes, long hairs, and everything it needs to become scary. Some people even can not find any difference between this ogoh-ogoh or buto carving with the demonic creatures itself. Another silly question about this carving is how can a demonic creature fear a carving? Are they silly enough to fear a carving that can not even speak to them? ☺