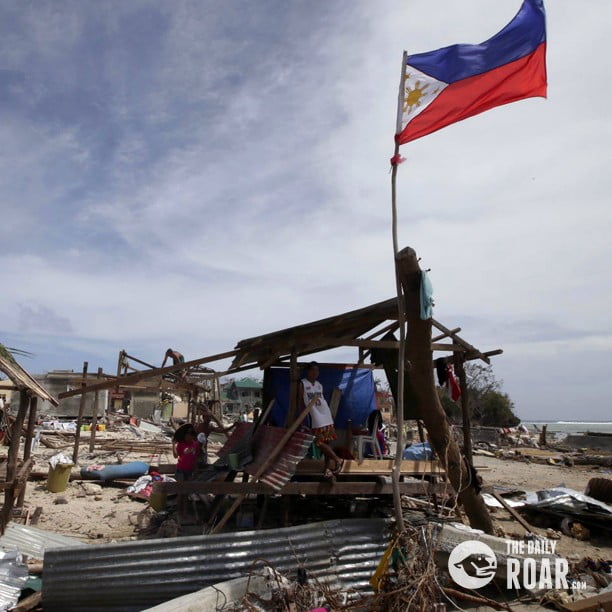 Typhoon Yolanda that hit the Philippines on 11/08/2013 is known to be the strongest typhoon. It claimed the lives of more than 4,000 people and caused millions of damages in infrastructure and properties. The provinces of Guiuan, Eastern Samar, Capiz and Leyte were badly hit by the typhoon. Until now, people in the affected provinces are still struggling to get by. Relief efforts are still being conducted all over the country to send basic needs to the survivors. Other countries like Japan, United States and United Kingdom also sent their aid to help.

The scenes after the typhoon’s aftermath were so heartbreaking that united every Filipinos so that help will be extended to the survivors. Donation drives are being conducted everywhere. Volunteers took the time to provide their service to these donation drives to repack relief goods. Some even took the time to go to the affected areas to help people rebuild the survivor’s lives. Cash donations overflows to buy things that the survivors’ needs. The Philippines is reunited to give hope to their countrymen.

In the spirit of unity and charity, the owner of Isla Bar Carla Marcelo, together with her family and friends decided to organize a fundraising event for the survivors of Typhoon Yolanda. The event was held on 11/20/2013. Friends, family and regular customer trooped to Chino Roces in Makati to show their support for the event.

To raise money, tickets are sold at 250.00 pesos which is inclusive of 2 bottles of beer or 2 glasses of iced tea. I volunteered to man the registration booth. With other friends, we took charge of the registration by making sure that customers get their tickets.

Everyone had a great time. Customers were treated to 3 bands’ live performances. Music from different genres were played. Some customers also sang along with the band which made the event more fun. Customers also enjoyed great food that Isla Bar is known for. Their fried chicken is superb with the right amount of crispness and the sweet juicy meat is heavenly. The best seller was the crispy pata. The pork’s legs were first boiled to make is soft then deep fried. It’s one sinful dish that meat lovers can’t say no to. The event sold more than 160 tickets. The proceeds were forwarded to Red Cross Philippines to reach the affected provinces.

I was happy because I know that in my own little way, I was able to help my fellow countrymen who are need. The amount I paid maybe small compared to the donations made by other people. But at the end of the day, it is more important that I know I did something good.

Typhoon Yolanda’s survivors’ lives will never be the same again because of the loss they’ve experienced may it be their properties or their loved ones. But with the rest of the country helping them to rebuild their lives, hope springs eternal.