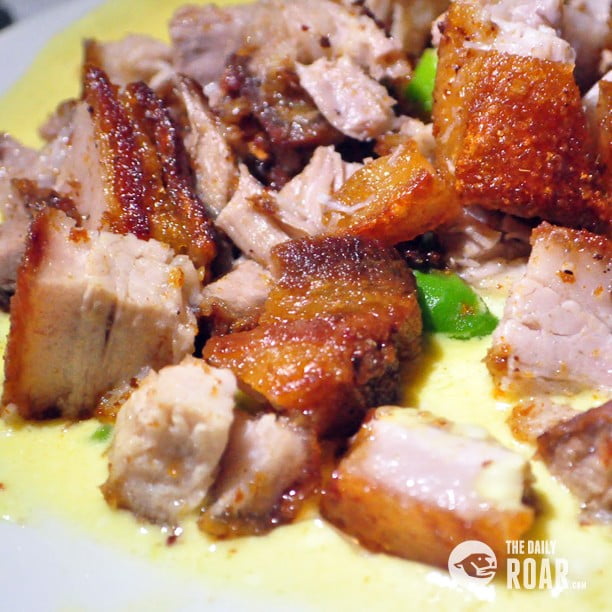 This delicacy is actually one of the native food in Ilocos Norte, Philippines. Three biggest bagnet originators come from Laoag, Ilocos Norte and in nearby towns, San Nicolas and Batac.

Preparing Bagnet is a long process. Cuts from the pig meat are made into Bagnet. Pork cuts are placed in a “Sinublan” or “Silyasi” (a very large iron pot) to boil. The pork meat is then submerged in broiling oil until bubbles begin to appear on the skin surface while it hardens and begins to pop. For about 20 minutes after the meat has been taken out from the iron pot, the process is being repeated until the skin pops further. And the secret to the mouth-watering bagnet is in its crispy skin and crunchy meat.

When kept inside a refrigerator, bagnet can last for more than a week before it gets spoiled. And if placed in room temperature, you can have repeat it as a dish for at least two or three days.

Bagnet’s was first introduced in the maket back in the 1980s. But before producers began to notice its commercial value, bagnet-making started as a handed-down tradition of deep-frying the meat until crispy to extend its shelf life for a few more days.

As of Now, the Deparment of Trade and Industry has seen the inflation of bagnet production in Ilocos Norte to a multi-million-peso business from its humble beginning as a means to preserve leftover meat.

Another delicacy from the Ilocos Norte province would be the empanada, the orang coating is made from Mochiko Rice flour and orange food coloring. And there are different types of Empanada, the ordinary and the special empanada, the difference are the fillings. Ordinary empanada only have the grated unripe green papaya, sauteed mung beans, garlic and egg, while the special has “Longanisa” (sausage) added besides the fillings from the ordinary empanada. 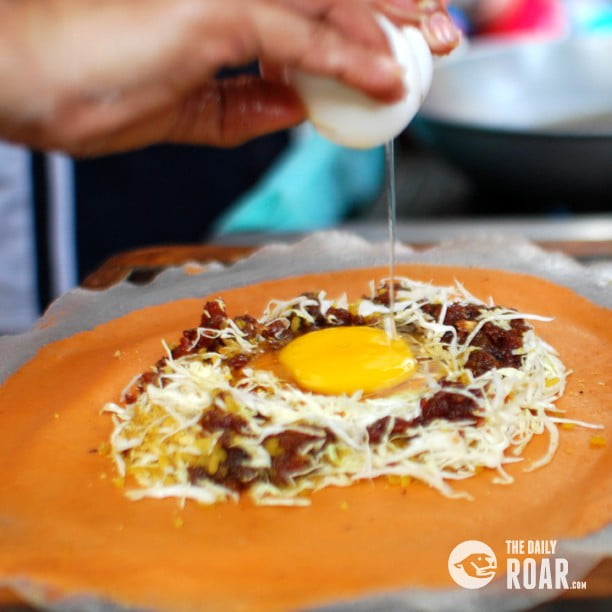 Preparing the Empanada is simple, for the coating, mix ingredients in a bowl and knead dough lightly. Then take about two to three tablespoon of dough and flatten with a rolling pin. Then spread the fillings starting with the mung the grated green papaya then mung beans then “Longanisa” and the egg. Seal the sides and deep fry in the preheated deep fryer.

For this Municipality of Batac, one of the municipality in Ilocos Norte celebrates the EMPANADA FESTIVAL every 23rd of June, to better promote their most famous product. The main feature of the festival are the Float and Street Dance Parade which explicate the process of preparing the the empanada. Another features of the festival is the contests on the preparation, cooking and eating the empanada.