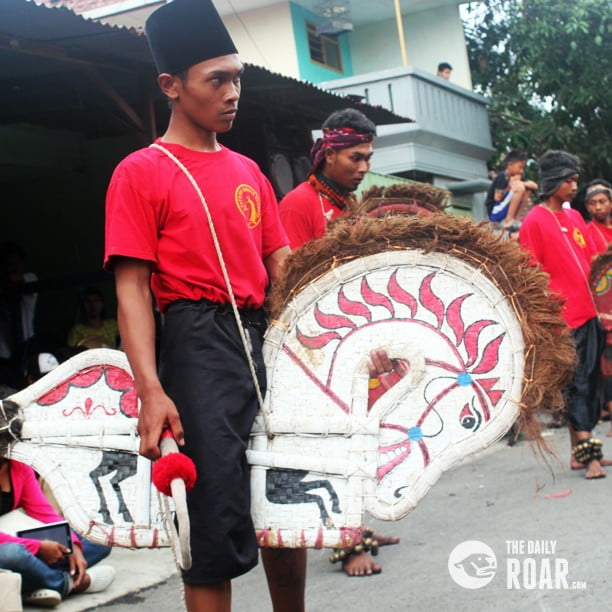 In every new year celebration of Javanese calender, people in Kampungs of East Java hold an annual ceremony. As it is called “Upacara Bersih Desa” (Upacara=Ceremony, Bersih=to clean, desa=village) this ceremony has purpose to clean the village from badlucks. Besides to freed from the disturbance of evil spirits, plagues, disasters, and misfortune, people also give thank to God for giving them good harvest and luck for the whole year. People bring traditional food and snacks to a certain place, usually sacred places like big Beringin trees (like fig trees) or kampung hall. They gather to pray and eat the meals together. As the part of the ritual usually there is a traditional dance called “Jaran Kepang”.

Jaran Kepang are Javanese words; Jaran means horse and Kepang means plaits. This might be derivied from the horses that are plaited from bamboos. A group of men dance while riding bamboo horses accompanied with Javanese musical instruments like gongs, kendang, suling, and gendhing. The leader in front holds a whip to be hit on the ground. The blasting sound of the whip hitting the ground will make your ears buzzing. There is occultism used by the dancers since when they are possessed by the spirits they will be invulnerable to blades, whips, and will eat pieces of glass, razors, and burning charcoals. These are as the symbols of invulnerablity to all harmful things.

The thrilling part as I saw this dance in Kampung Sudimoro, Malang – East Java, was when the horsemen started to be possessed. They behaved like wild horses dashing to the crowd and made them running scattered with fear. Luckily the crews held the possessed horsemen from harming the crowd. The was a unique phenomenon when a girl who watched as part of the crowd was also possessed. She was screaming loudly while her body laid on the ground rolling on every direction like a crocodile trapped in a net. Some other crowd held her arms and legs to avoid her from injured herself on the asphalt. The spirit inside her even made her stronger than some adult men. The girl was back to her awareness after a spiritual leader performed an exorcism. This can happen when people that watch this ritual come to the place with blank mind. It is believed that the spirits will enter people whose souls are wandering everywhere (eg. people who are daydreaming, thinking too hard about the pressure of life, broken hearted, etc). 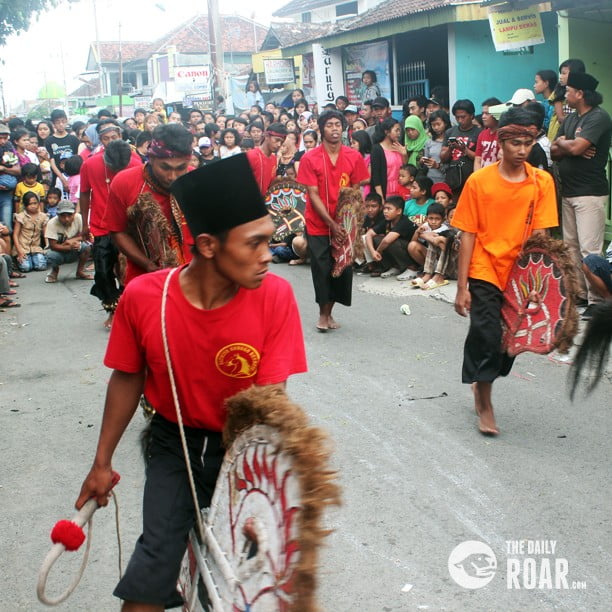 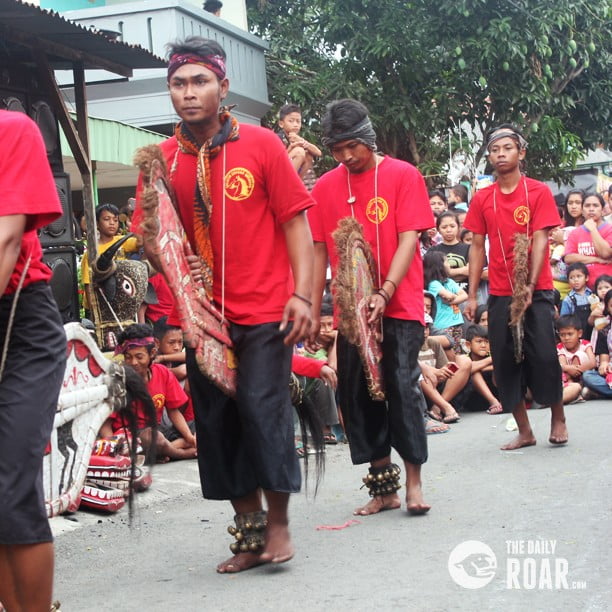 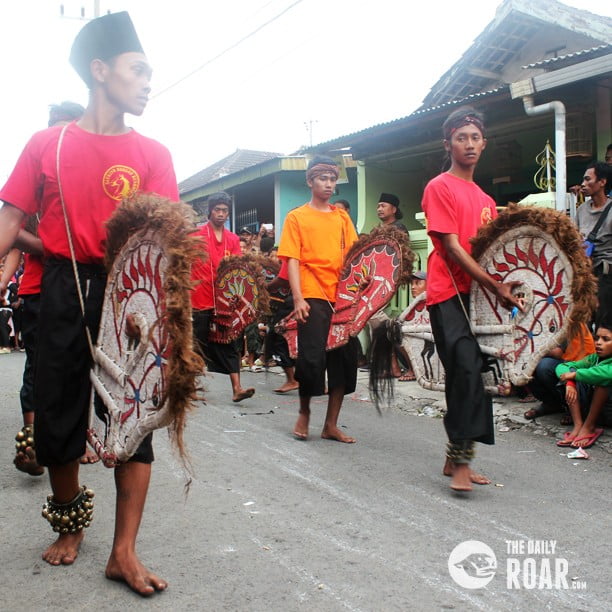 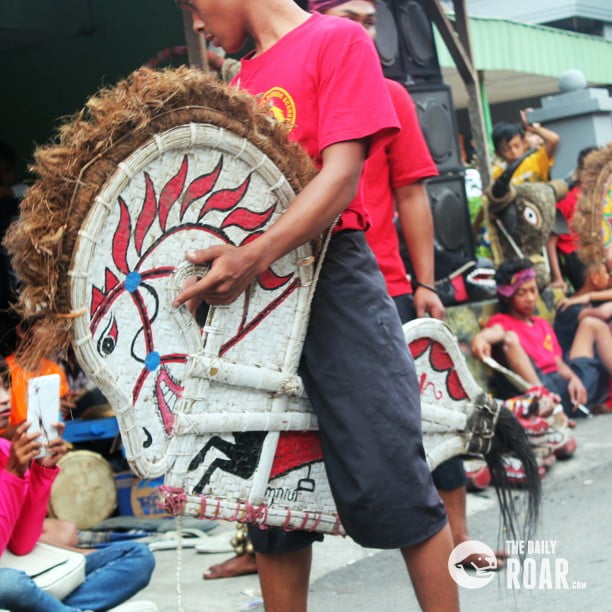 At the ending part of the dance, the spiritual leader exorcised the spirits from all of the possessed horsemen. Perhaps this is why “Jaran Kepang” is included in “Upacara Bersih Desa” since it is matching with the meaning of the ceremony as in the last rituals it drives away the evil spirits. But the logical conection between both of them is not really clear since there are many historical and symbolical versions of this dance. However; some say that “Jaran Kepang” is just as the part of entertainment to amuse people.