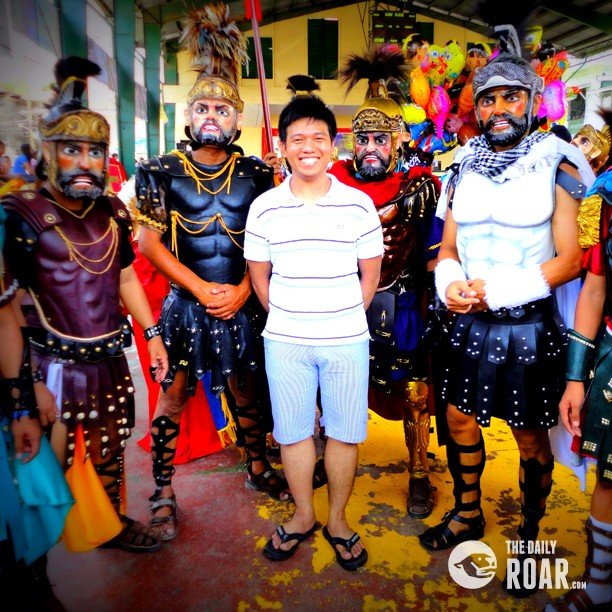 Once every year, the Marinduque Island-considered the geographical heart of the Philippines becomes the focus of attention for a week of celebration when Holy Week is observed in this country.

For it is this season, that Men, Women and even Children called “Moriones” appear on the six towns of Marinduque for the folk religious event of Moriones Festival which have been practiced for more than a hundred years now.

“Morion” is word that refers to the mask of the helmet that is associated with the Roman Soldier while “Moriones” refers to the locals who dress up in costumes and masks of a Roman Centurion during the Biblical times.

Observing the Holy Week in the Philippines, where majority are Roman Catholics, is a blend of serious reverence of traditional Catholic practices and a mystical folk-beliefs so, different forms of penitence is practiced in particular the Moriones –costumed locals who are mostly farmers and fishermen engage in the street theater as their vow of penance, thanksgiving or performing an act of self-cleansing.

Moriones are colorful, bearded and fierce-looking characters. They are costumed in the makers’ creativity of fashion from clothes to shell or other indigenous materials. The mask is made up of paper or handcarved wood topped by a helmet with colorful paper flowers. Painted wooden swords, spears and shields complete that Roman Soldier look.

These figures roam the town’s streets, engaging in mock swordfights, playing pranks on children, marching or dancing in groups, doing antics or springing surprises for everyone while safely hiding their identity behind their mask.

Traditionally, the identity of the Morion is kept secret, even to his immediate family. The mask and his costume is prepared painstakingly and secretly months or even years before he actually wears it for the festivity. 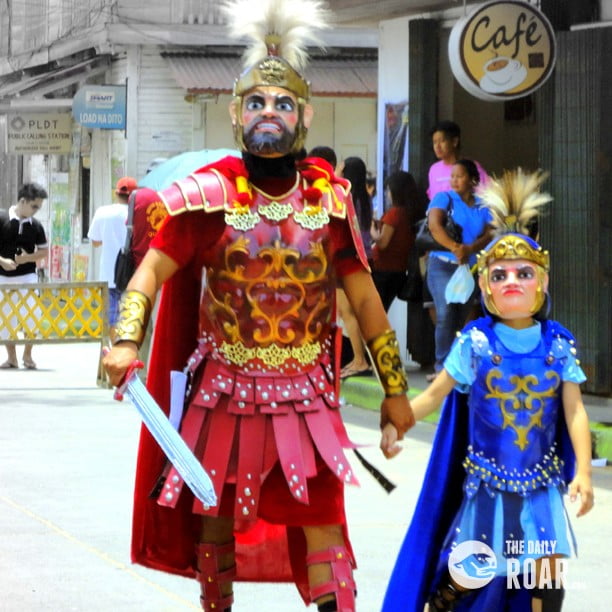 The Moriones practice originated in the town of Mogpog, Marinduque in the year 1880s. A local parish priest bn the name of Father Dionisio Santiago is credited to have started it as a means of focusing the attention of his parishioners to Lenten Religious activities. Father Santiago, took a praise in the Bible and developed this into a side-story that artfully twisted itself into the Passion and Resurrection of Jesus Christ. 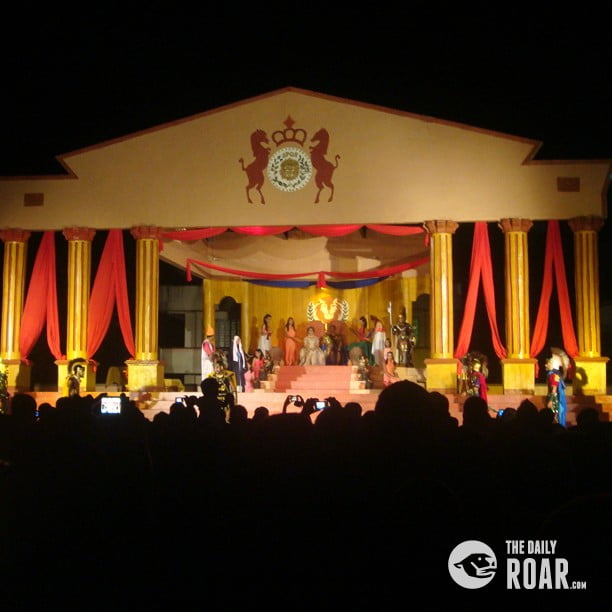 The re-enactment of the search for Longinus, the Roman centurion who pierced the side of the crucified Christ is the focal story of the street theater. In the Bible, Longinus was blind in one eye, but the blood that spurted out of Christ’s side reached his eye and fully restored his sight.

This miracle converted Longinus to Christianity, but he was scorned by his fellow centurions who ended up murdering him. The Biblical story climaxes on Easter Sunday, when Longinus is beheaded.

The Marinduque Island is located in the center of the Philippine archipelago, being part of the regional group of MIMAROPA (Mindoro, Marinduque, Romblon and Palawan) south of Luzon Region.

/// Written by Hanse Oswald, The Philippines