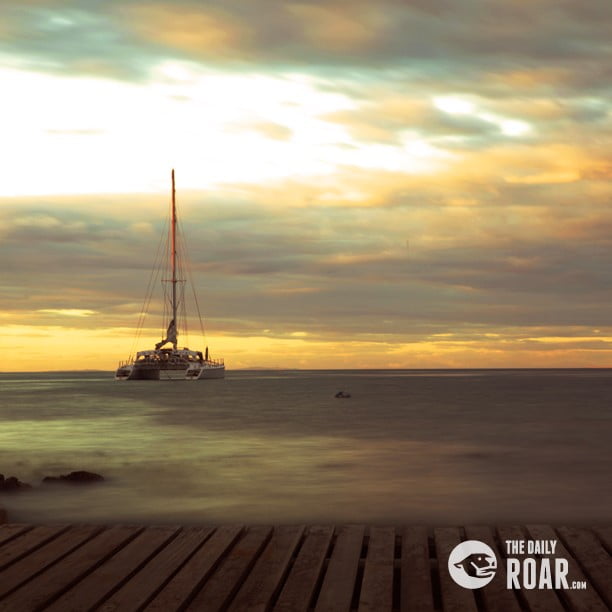 Picture a scorching hot summer’s day. The sweltering heat of the midday sun bearing down on you like it had some sort of vendetta against you. Now picture cool azure waters on some remote island paradise. The sparkling water inviting you to take a dip and soothe the sting of the
summer heat.

During the seasons of the sun in my youth, I would fantasize about such a place. I would conjure up images of a place to go away to. A place like the Bahamas. The Caymans perhaps. My fantasies did help alleviate some of the discomfort that I felt during those days when even the breeze was
warm enough to make a person have a hard time breathing.

One afternoon on such a day my father took me along to meet some clients. He informed me that they were housed in one of the newer resorts in the neighboring Island of Mactan, just an hour or so drive from the city of Cebu. It was at the prospect of being in an air conditioned car for an hour
that made me tag along. It is after all a seldom occurrence: a teenage boy escorting his father to a business dealing nonetheless. But then again, that, or have myself melt into non-existence.

The moment we arrived, I really wasn’t paying much attention to the surroundings. Still lost in thought. Still, on some remote island somewhere in my head. One of the clients in particular that we were there to visit and possibly to cajole into investing, told my dad to meet him at the
water’s edge, a name for one of the resort’s quarters. As we entered the room, the first thing I saw was the open door leading to the outside platform that lead directly to one of the many lagoons in the resort. A panoramic view of the resort awash with the multitude of colors as the sun
prepares to set. That’s where it began. That’s when the romance started. I swore to myself that day that someday, soon, I shall come back and get intimate with the bay.

Come back I did. All grown up and with my own family I returned to that place, The Plantation Bay, that slice of tropical heaven where the images in my head ceased to be just images and became a reality in vivid color. With eleven hectares of ground, my reunion with the bay filled me with
child-like wonder and awe as every little nook and cranny of the resort has something interesting to either view or do. Dotted with man-made lagoons, one can be sure to take a dip when the heat gets too overwhelming and the trotters become weary. With a wide array of aquatic sports, the water
lovers are sure to have a relaxingly busy time on their hands. For the landlubber type, tennis is an option or maybe wall climbing for the bravehearted. The staff go out of their way to be extra nice and for those that occasionally get confused as to how much to tip the bell service, the
challenge becomes no-existent as it is resort policy not to accept tips from guests. Riding around the resort in converted golf-carts or the traditional horse-drawn carriage called the “tartanilla” are just some of the amenities that signify that careful thought on the guests comfort has been placed at the top of the list.

But most importantly, the Plantation bay was built around , within and in perfect harmony with what is already grand, the beauty of the natural world. If it is blasphemous to say that an improvement to nature was made, then I dare say it. As one spends the day at the very heart of the bay one realizes that this is the stuff dreams are made of and this is the place to create new ones and revive old forgotten aspirations.

I sit on the pier of the bay as the sun sets over the horizon, once again painting the sky with a majestic orange glow. Staring at a lone sailboat as it sits moored idly floating on the clear water. I remember how it all began. How an inspiration of a place can spur a man to do wondrous things in his life, so that he could return to a place, that he once thought could’ve only been possible in his imagination.

/// Written by Vince Sanchez-Layao, The Philippines