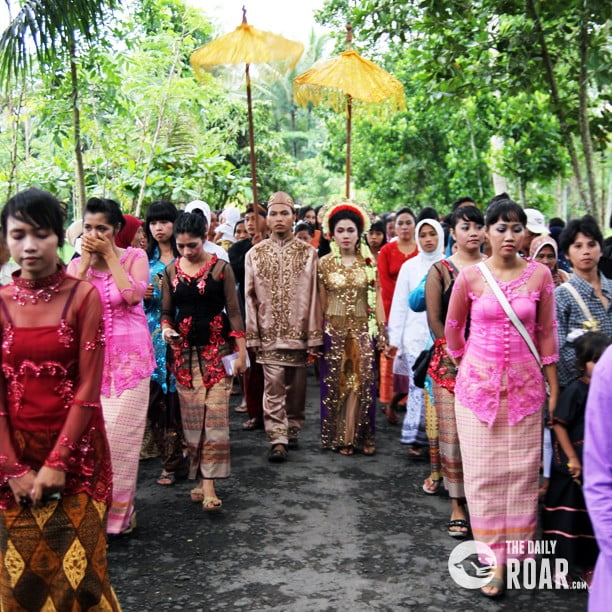 Nyongkolang pickles (solemnization of the marriage) can strengthen the inner “Friendship relation” between the wife’s family and her husband. Besides being directly the ceremony is also handy to introduce local residents to the husband and with the wife’s local citizens. It also means that the indigenous culture can bring people from the Nyongkolang region closer to other regions in one place. So the relations among humans can become more tightly intertwined and powerful like one big family on the island of Lombok.


The Nyongkolang indigenous culture is routinely carried out by people on the island of Lombok, but only for married couples. Except for the bridesmaids the bride and groom are all required to wear traditional dresses typical for the region of Lombok. The clothes worn by the bride and groom are typical and traditional for the Sasak culture. And its unique cultural customs for this event is that everyone is welcome to come and celebrate this even with the couple at the venue where the ceremony is held. A lot of times these ceremonies are also the opportunity for single people to find their own soulmate!


So, for those who do not have a mate yet or want to find a soul mate, quickly follow the customs Sasak culture “NYONGKOLANG” IN the island of Lombok.