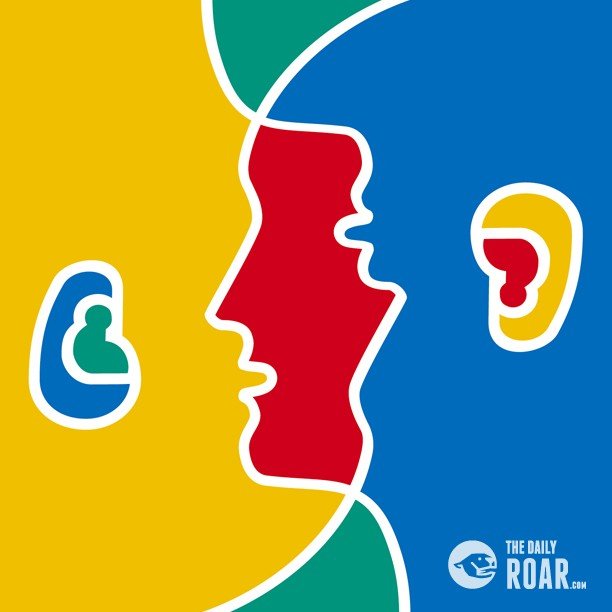 Eighteen years ago my parents sent me to Islamic boarding school in Jakarta, to seek experience studying in home country and leave the birth country, Saudi Arabia. Sending their daughter to an Islamic boarding school was hopefully an answer of their concern of letting me to have better education while still growing in safe learning environment. When they said safe it has relation to religious education.

It was in the middle of 1990s, when the dictator regime Suharto was the leader of the country. I spent three years in the boarding school to what they said they are only allow both spoken and written language English and Arabic, and there will punishment for students who are involve with other from those two languages.

I should say it was unique learning experience that you are prohibited to speak in your mother tongue language and forced to talk other two foreign language. Some of the students don’t even have any experience to meet any Arab or native English speakers when they learn the language. I remember one of the tickling words that they used to say word scout pronounced like “skoot” instead of how it supposed-like “shout”. With my fourteen years old exasperated mind I made my effort to approach the seniors who were in language department in student council, also those who were seniors in girls scout to correct them, surprisingly I am experiencing ignorance. I cannot enjoy every scout song that has word scout that time. Probably now some of my friends assuming reason why I escape Wednesday scout day in my last one and half year.

Even though communicating only in English and Arabic is compulsory, not all students are enthusiast leaning the languages that time. A cynic that underestimates or sounds pessimistic at those times was, “if it is still rice that you eat, you are not going to be good in other language.” Surprisingly in other normal school, which is not religious school having the same thought.
What I am trying to point out is how, we, Indonesian learn and adapt other foreign language into our lives from time to time.

Back to our grandparents’ era, we are all influenced a lot with Dutch culture & language in all living aspects. Daily life to education, social activities, government to work force, our grandparents and probably some of our parents still could at least speak Dutch while other read books or papers of the language. Colonialism that took 3.5 centuries has credit why to some elite community, speaking Dutch is one of prestigious and recognition of coming from educated or higher class society. Something that Indian or other foreign taxi driver in Saudi Arabia could not understand why most Indonesian living in Saudi Arabia could not speak decent English, or to them we don’t speak English. I wish I could ask them in return; does your grandmother speak Dutch like ours?
Reaching World War II, we are experiencing other language through colonialism once again; Japanese, but less longer, 3.5 years, but the influence developing more when the business expanding in our country. I never really learn Japanese, but I used to hang out with friends who studied Japanese. Some of them later jumped into Japan business in Indonesia and the other clan is those who is a manga or comic enthusiast. Since it is no longer colonialism how they sense and adapt with the language is far from aristocratic pride, instead it’s a smooth adaptation and learning process. What I like the most, those who jumped into Japanese business tends to have more neat simple life style and vision of how Asian urban living. Language is not the main influence; after all it is not spoken widely like Dutch.

After almost two decades, when life is such a way in hand, people start not just talking, they are writing English, everywhere, at almost every second. Smart phone technology would not make these changes successfully if it is not growing in line with social media use in today. We can see our nieces tweeting their crush in English, some friends who was not eagerly learning English, or those who were throwing the rice eating cynics are now posting in their Facebook timeline in English. We even find our uncles and aunties now using English on social media while in previous decade they were proud with their Dutch learning experience in their elementary schools. Some come with good English or secretly showing that they are developing the language skills from time to time, while the rest remain in their own English.

It is not bad that finally we are gradually having a second language, without colonialism experience. We are somewhat proud of speaking it. In job force, English no longer an advantage to some industry, instead it is an essential skill and expecting us to have been spoken it ever since we learn to talk. In fact English is helping people around the globe, like it or not. Some people personally would be more comfortable to express certain condition in English for it will sound awkward saying it in our native language. Moreover now even the native language itself now is adapting English.

If our grandparents write Dutch, they must be an educated or well taught to write in the language. Their writings probably become reference to various people, not only in their time, probably until now. They probably know what they wrote, what they want to achieve. They even made their best effort to write it good.

What is happening to us is we cannot get out from the urge of mentioning things in English publicly on social media. Probably this is something is not available in our earlier generation. They don’t have massive social interaction like we have in social media. Moreover the process of our language learning is not the same as how they did. They learn a foreign language living close with its’ native in our country or going aboard with hard life sacrifices. Their life is written carefully in life memoir book. Some of them made best-selling.

What happened to us we learn English from schools, we are lucky if we have a native teacher which it is something rare happen to us. We learn English from bad Hollywood language, crap rap lyrics or missed used grammar we hold entire life, the technology which should ease us to listen more from English native is not being used wisely, and texting is stress releasing. Why should we open grammar books or dictionary to refer if it just make this tension is no longer bearable and we need to press the share button right now?

Sadder story from this we in the same time are torturing the native language Indonesian not just we had for decades in spoken, now in written. There are still people who consistently keep writing, expressing thoughts in native language, in personal daily life or when showing in public, virtually or not.

Indonesian earlier generation took their vow in Soempah Pemoeda in 1928 to determine the unity language is Indonesian. After decades it never been wrong taking other foreign language as a second language, it probably what the world today ask from us. But taking care of language is responsibility of its speakers. We have choices (or challenges) of other foreign language influence us from time to time, but one who is the most responsible to Indonesian language is Indonesian. And as we had taken second language, certainly we just added another one. Of which language are you responsible?