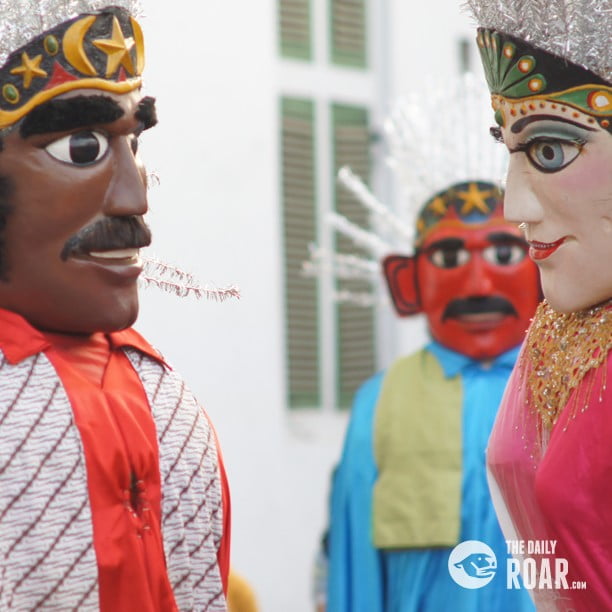 What could be scarier than a giant puppet dancing around you? Well, this time you won’t be scared, you will be thrilled instead!

Do you know what Ondel-ondel is? It’s a giant puppet that comes from Betawi ethnic group, the native inhabitant of Jakarta. Betawi comes from the word “Batavia” which is the former name of Jakarta. Betawi tribe was born in 1923, beginning with the establishment Perkoempoelan Kaoem Betawi. If someone asks about the traditional and original art from Jakarta, the answer will be Ondel-ondel. We can easily see their performance in festivals, traditional Betawi marriage, or even ordinary sundays at Kota Tua, Jakarta.

Ondel-ondel is made on a bamboo frame of up to 2.5 to 5 meters high with a diameter of ± 80 centimeters. It is specially formed, so it would be easy to lifted by one from the inside. The big ondel-ondel will look like the living puppet when they dance. The puppet is usually dressed in brightly colored traditional Betawi clothings.

These giant puppet is generally performed as a couple of husband and wife. To make the male more handsome, the male is usually decorated with long moustache, beard, thick eyebrows, and sideburns. To make the female prettier, usually bright red lipstick, curled eyelashes, pointed eyebrows, and sometimes a mole are added. 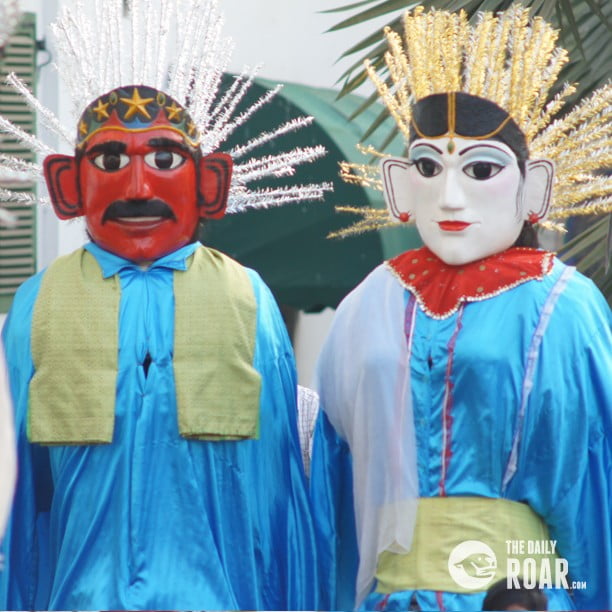 The Ondel-ondel performance is usually accompanied by entourage of musicians and occasionally a showcase of Betawi style of Martial Art of Pencak Silat. Its musical accompaniment may vary, many use the Tanjidor (A type of Betawi music that was highly influenced by European music that is played with wind instruments such as clarinets, pistons, trombones, and trumpets). While others use the Gambang Kromong (traditional orchestra of Betawi people which is a blend of gamelan, Western music and Chinese-style pentatonic base tones), and Rebana Ketimprung (Rebana is a Malay tambourine that is used in Islamic devotional music in Southeast Asia and the ensemble of Rebana Ketimpring contains three players).

According to the story of our ancestors, ondel-ondel was performed to provide protection against calamities or for warding off wandering evil spirits. It is often thought of as a spiritual representation of the ancestors who protects the village residents and their descendants. Hinduism influences the philosophy of Ondel-ondel, which make this giant puppet as a form of god or the savior. They look so much scarier back in the old days. While in the present time, ondel-ondel is used to entertain and amuse people with their bright colors and beautiful dance. 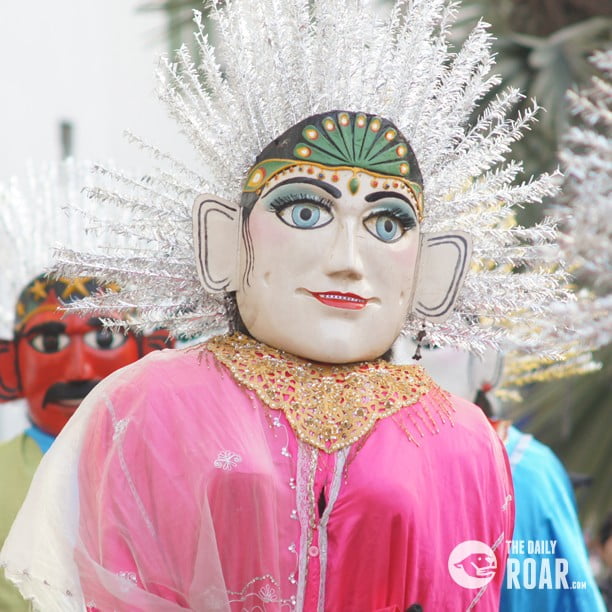