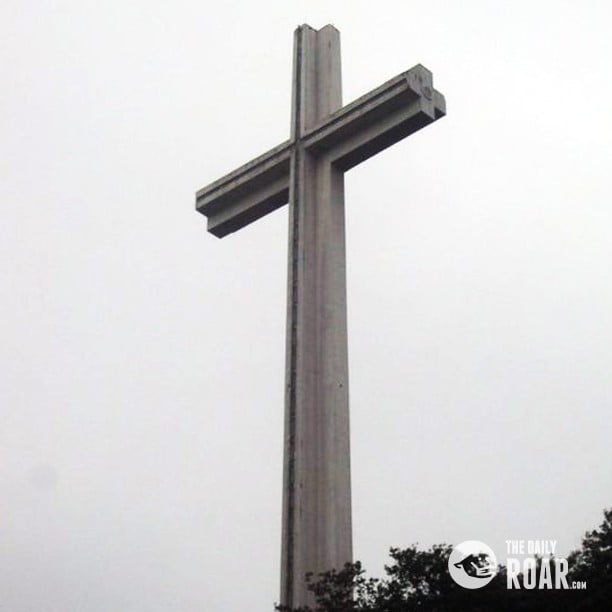 One of the Philippine heritages that Filipinos are up keeping is their very rich antiquity about their fight for freedom and sovereignty from several intruders that has emanated in this nation. Filipinos remember their heroism and martyrdom that has brought unity and love for their country. The Shrine of Valor is one of the significant spots where locals and even tourist visited in the northern part of Philippines every year.

Where is the Shrine of Valor Located

The Shrine of Valor is a giant Memorial Cross with 302 ft. high made of steel, concrete and marble. It has an elevator and has 30-meter long view deck at the arms of the cross where the public and tourist can view the entire Bataan in 360-degree angle. Entrance fee is only P20.00 for locals while P30.00 for foreign visitors.

The Shrine of Valor is also known as “Dambana ng Kagitingan” which was built to commemorate the bravery and great courage of Filipino and American soldiers and their sacrifices when the Japanese invaded the Philippines during World War II. It is also a historic mark that memorializes the fall of Bataan peninsula into the hands of the Japanese which is known as the “Bataan Day” or “Bataan and Corregidor Day.”

It was early morning of the 9th day of April, 1942 when Major General Edward P. King Jr. ignored orders from General Douglas MacArthur and was constrained and obliged to surrender more than 76,000 Filipino, Fil-Chinese and American soldiers to the Japanese due to deficiency in food supply, weaponries and medicines.

The Japanese on the other hand, overwhelmed and unprepared for the large number of prisoners had resolved to move and transfer them by foot and forced them to take a 140 kilometre/90 mile walk from Bataan to Camp O’Donnell in the province of Capas in Tarlac which is famously known as “Bataan Death March.” In this trudge, many soldiers died along the way and dead bodies are scattered in the road because of dehydration, starvation, sickness, and exhaustion. Some soldiers who are severely wounded and can’t manage to walk anymore are left to die. Other thousands are haphazardly and inhumanely murdered along the way.

Out of more than 76,000 who surrendered, only 54,000 were able to make it to Camp O’Donnell but in a very dreadful and terrible condition. Some have escaped but about 10,000 lives were claimed dead in this tragic march.

Nationwide Commemoration in Shrine of Valor

Filipino veterans of World War II during the Day of Valor are gathered here in Mt. Samat, (Shrine of Valor) Bataan. The President of the Philippines together with other respected dignitaries often speak about honouring and giving high regard to the veterans of the war.

This vicious and horrible time during the war served as a reminder of perseverance, valor, audacity and the passion to lay down the lives of Filipinos and Americans even to the point of death. This historic spot serves as a remembrance for every Filipino to fight for his/her country’s sovereignty.

/// Written by Liezl Sevilla, The Philippines