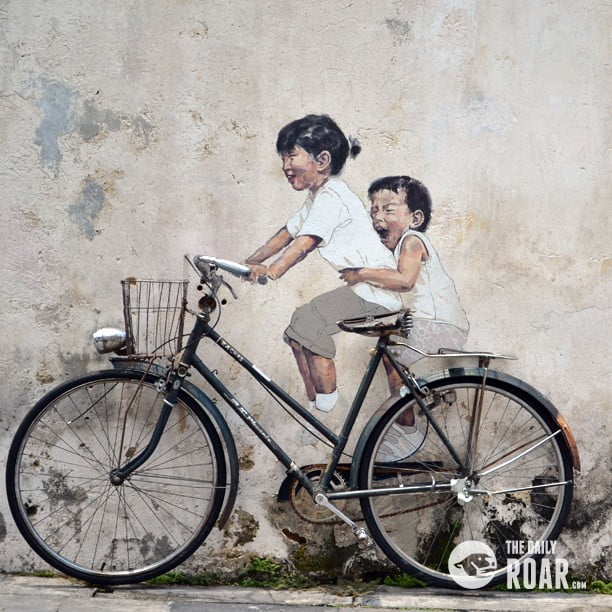 There are countless tourist attractions in Georgetown, Penang, an UNESCO World Heritage Site.
Well known for its well-preserved pre-war shophouses and colonial era buildings, there are more to
Georgetown than just history and heritage as the island itself is a vibrant city with an amazing street
art scene. In fact, walking along the narrow streets right in the centre of the city will surely result in
stumbling one mural art or two.

One of the most popular street art in Georgetown has to be the “Little Children on a Bicycle” on
Armenian Street. Beautifully painted by the Lithunian artist Ernest Zacharevic, this piece of art
manages to capture the simplistic childhood moment and the thrill and excitement of riding a
bicycle together with your siblings or friends. You will feel nostalgic when looking at the painting.
Even though the mural has been there for more than a year, it remains to be among the most famous
of them all, with tourists, both locals and foreigners, queueing up to take pictures with it.
Ernest Zacharevic has definitely left an indelible imprint in the art scene of Georgetown. With eight
street murals produced by him and still counting, he has definitely contributed to the city’s art
revival and encouraged other artists to do the same.

Nowadays, Georgetown has become an unofficial patron city of street arts, with more and more new
pieces popping out along these narrow streets. Walking along an unassuming lane sometimes
reveals an unexpected hidden treasure. Some of them are works of geniuses and originalities,
bearing message like animal abuse. Others are nothing but commercialism and vandalism.

However, if you are planning to see these mural arts for yourself, you better do it quick for some of
them are already fading beyond recognition. One of Ernest’s creation, “This Old Man” mural along
Armenian Street, has faded with nothing but the palest outline of a face can be seen while the
“Children in a Boat” mural, another one of his works at Chew Jetty, is barely recognisable as the
painting peeled off due to the brutal forces of Mother Nature.

Even these arts are not safe from passerbys. The aforementioned “Little Children on a Bicycle”
mural endured few vandalism acts back in the early days. Luckily, the locals managed to save the
painting and restored it back to its original self. Therefore, do visit the island quick if you are
planning to do a mural hunting. It might no longer be there come the next day. 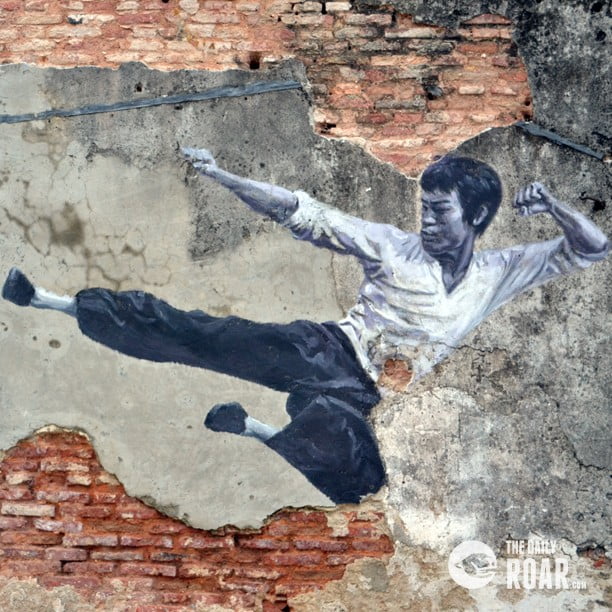