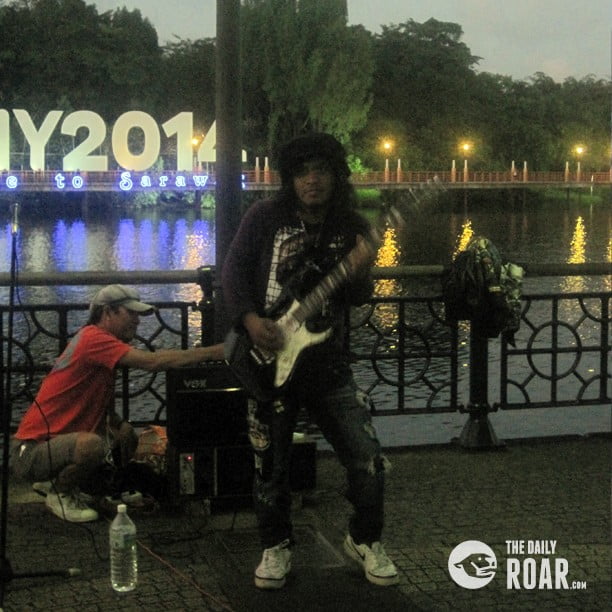 Walking along the pavements of Kuching Waterfront has and always been a reminder of the moments; childhood memories of what my family and I went through to survive this city. I remember the time when my family used to go to the Kuching St. Joseph Cathedral for Sunday mass; since we lived at the other side of the Sarawak River; we used the boats called penambang to reach Kuching Waterfront and walked a few kilometers more to reach the cathedral. Good times indeed.

As a local myself, I can say that at times, the Kuching Waterfront used to be boring and less vibrant; locals doing recreational activities and tourists lining up to take a ride on one of those penambangs. Aside of the usual street vendors selling food, beverages, and souvenirs, there is only people strolling about. Nothing more. That is, until recently, I took a stroll at the waterfront for the evening. Street performers were everywhere! It has come to my attention that street performers or street performing is not new at the Western world. But here in Sarawak, along the riverside waterfront? For me, that is new stuff. 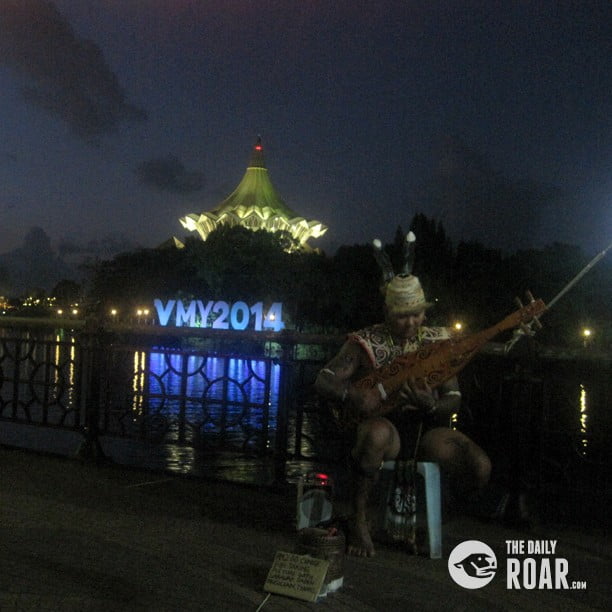 The street performers were mostly young teenage locals that came from the nearby villages or kampongs situated just across the river. Some of them would set up their drums; their electric guitars connected to speakers, playing their favorite local and international songs. A few of them would just bring their acoustic guitar and perform themselves just to make a quick buck for their pocket money. 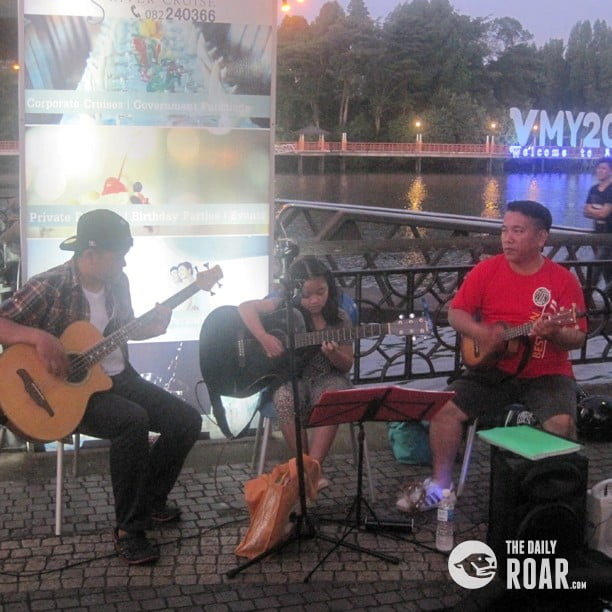 But there was this one particular and unique street performer. A Kayan native playing the traditional guitar called sape. The Kayan is one of the Dayak natives group of Sarawak and the whole of Borneo. The fellow played the sape beautifully and attracted a lot of attention from the locals and tourists alike. They would sit at a nearby bench and listen to the traditional melody of the sounds of sape playing while enjoying the cool night air of the riverside. Some of them would take pictures with him, so long as they paid a reasonably-priced ‘photographing fee’ of RM2.
I can see now that the Kuching riverside waterfront, especially during the evening, is a vibrant, colorful, and melodic place to hang out. Once upon a time, getting entertained by street performers is a rare sight to witness in Kuching. It is hoped that this trend would help promote Sarawak as one of tourists’ main destinations for their vacations.