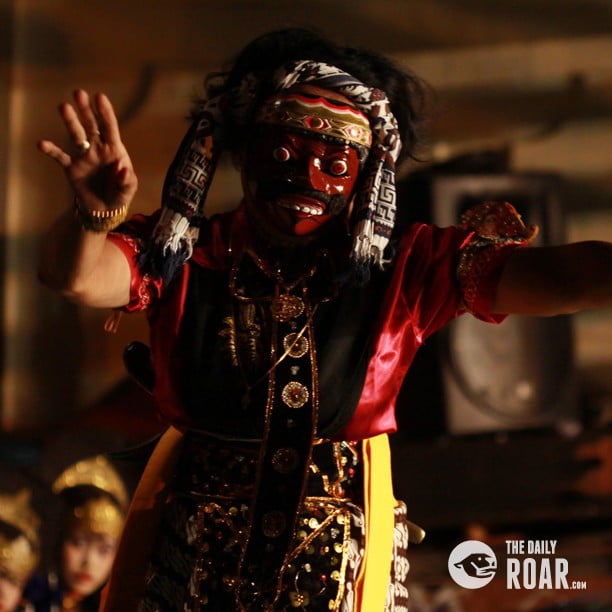 “Tari Topeng” or mask dance is a magical dance performed by Indonesian for various art activites or any ritual. It is believed that Tari Topeng is closely related to the ancestral spirits or the gods. There are many different types of dances using traditional mask, it differs from where they come from. There are Topeng Dayak that originated from Borneo, Topeng Bali, Topeng Cirebon, Topeng Malang, Topeng Reog, and Topeng Ireng.

The inspiration of this dances came from a classic ancient story of Ramayana and Panji. Ramayana is a story of a Prince with his Kingdom named Kosala. He is known as the bravest and strongest. Yet Panji is also a story of a legendary prince in East Java, Indonesia. His story tells of the romance between him and Princess Kirana, and Panji’s search for his long lost bride.

Sometimes Tari Topeng is performed solo or in group. The costume used is traditional clothing using white, black, or red colour batik. Accessories also added to their costume such as tradional bangle or traditional hair pin. This dance is not performed using the stage but just regular soil with oil lamp properties at the arena.
Tari Topeng, the thrilling dance also looks more impressive when accompanied by traditional music in the background. The stunning movement from the dancer will amaze anyone who sees it. With the dark stage atmosphere, the dance will give anyone who sees it a spiritual yet magical experience.