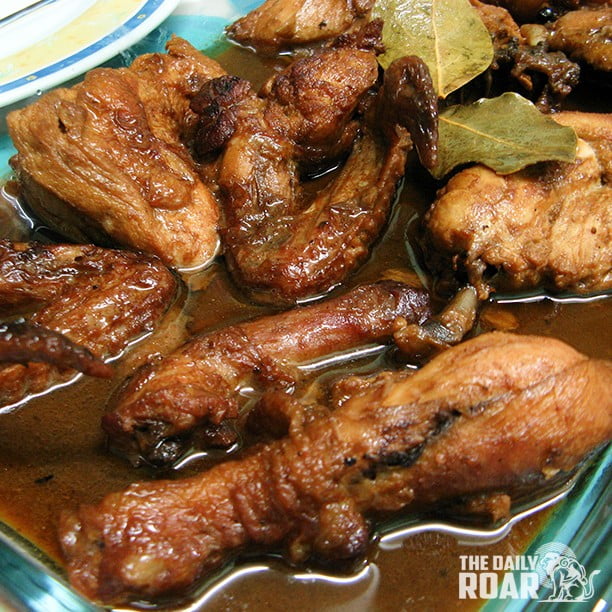 Every country has its trademark dish, that particular meal that you just have to try or else the whole trip will end up feeling incomplete. If you’re traveling to a different country, it is unthinkable, and almost downright shameful, to spend the entire trip eating burgers and fries from fast food chains.

Been to Japan? You must’ve tried their sushi and ramen. Been to Thailand? How was the pad thai? Going to New York? You better try their street hotdogs. Thinking of going to Italy? Better eat all the pizza and pasta you can get your hands on.

Coming to the Philippines? I have one word for you – adobo.

While it’s not formally proclaimed as the national dish, it practically is already. Ask any local or even fellow travelers who have visited the country what food you should try, and I guarantee you all of them will give you the same answer. Adobo is a must.

Depending on where you are in the country, the answer to this question will change. But the basics of the dish remain the same – it is a dish that is marinated in vinegar, soy sauce, garlic, bay leaves and black peppercorns, and cooked in oil.

The most popular adobo dish uses chicken, pork or a combination of both. In other parts of the country, chicken and pork are replaced with seafood like squid or vegetables like kangkong or water spinach. In addition, there are adobo dishes that have more unique variations. The Adobo sa Gata (Adobo in Coconut), for instance, adds coconut milk for its sauce. There is also the Adobong Puti (White Adobo) that, contrary to its name, is actually not white because of the browned meet. Instead, this recipe completely takes out the soy sauce and uses only white vinegar.

The name adobo comes from the Spanish word “adobar” which means marinade or sauce. When the Spaniards came to the Philippines, they discovered how the natives used vinegar, not just as a means of preserving food, but also for seasoning. Needless to say, the name stuck until it became its official title.

However, even though the name is of Spanish origin, the dish itself arguably is not. The Filipino adobo is nothing like the Spanish adobo, which is spicy, or even the Mexican adobo, which uses cumin and lemon juice for its distinct flavor.

Where can you find it?

The shortest answer to this question is everywhere. From the local carinderia or eatery to the fancy upscale restaurant, you will find one variation or another of the Philippines’ signature dish. And with the growing trend of Filipino food in parts of the United States like New York, it will not be unsurprising if you find adobo in areas where there is a presence of Filipino community.

In case you want to try and make this Pinoy dish in your own kitchen, all you need for ingredients are your choice of meat (pork or chicken is a good way to start), black peppercorn, dried bay leaves, crushed garlic, soy sauce, water, cooking oil and salt to taste.

First put the garlic in the cooking pot with the oil once it’s already heated up, then add the peppercorns and bay leaves so that the flavors of both spices seep into the oil. The meat is the next to be added into the pot followed by the soy sauce and water. Once it begins to boil, cook it in low heat until the meat becomes tender. Lastly, pour in the vinegar and let the liquid boil again while stirring. You can add salt until you’re satisfied with its taste. And there you go!