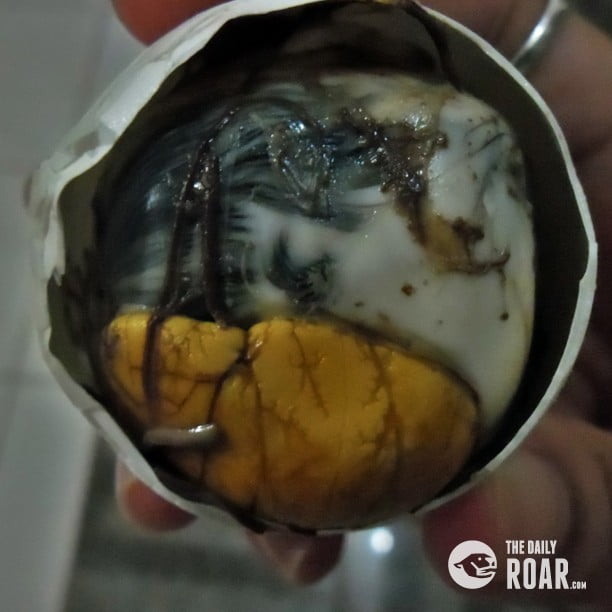 What comes first to your mind when you hear of a fertilized Duck Egg? In the Philippines they call it from the Tagalog word “Balut” which means wrapped due to the Duck Embryo wrapped in its shell. Filipinos mostly name their food out of what mainly describes it. Balut is also common to some countries in Southeast Asia like Laos, Vietnam and Cambodia. But in the Philippines it is a street food only being sold at night due to the influence of their ancestors which they believe of it as aphrodisiac or a natural Viagra. Since mostly of the Filipinos are superstitious, some still do eat it as midnight snack or just after dinner before going intimate with their partner. Some people or foreigners who weren’t born with such exotic traditions and exotic foods, they usually see it as gross or a daring food due to its weird appearance. Some countries outside Southeast Asia often considered Balut as part of the challenges in some reality TV shows such as Fear Factor and Survivor. Filipinos typically partner Balut with their favorite liquor/Beer and season it with some salt and spicy vinegar. In despite of it as stomach-churning, many restaurants not only in the Philippines but around the world made Balut as their main dish or part of their main ingredient. With different styles and ways of cooking it, they made it palatable and tasty that would suite everybody’s taste with its exotic kick. 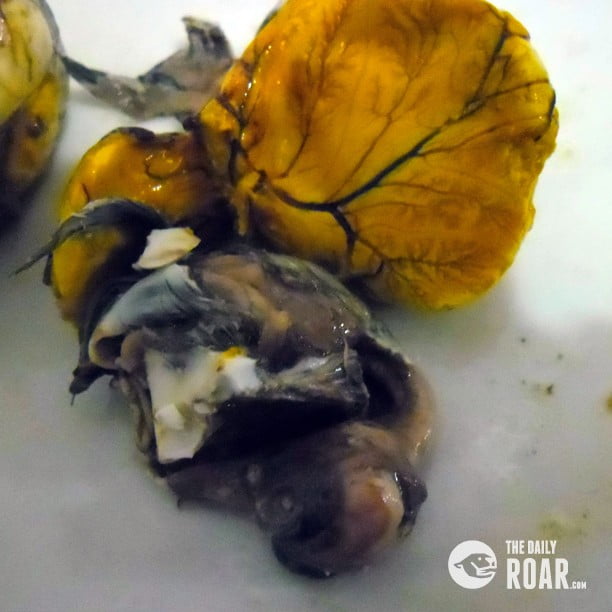 Due to the popularity and demand of Balut, became a sort of living or the only source of income to many Filipinos. The process of making Balut does not require a lot of effort but it takes time and patience since you should wait for the embryo to form. Some Balut vendors nowadays use incubators but some still do the traditional way of fertilizing the Duck Egg. In the traditional way, eggs are placed inside a big sticky rice basket filled with roasted Rice Hull with an approximate temperature of 38°C to 43°C. They examine the eggs by candling, it’s a process of holding the egg against a light source to see wether the egg is fertile or not. Candling is done on the 3rd, 11th and 17th day after it is placed inside the basket. They separate the infertile and sold it as “Penoy” but much cheaper than the Balut. 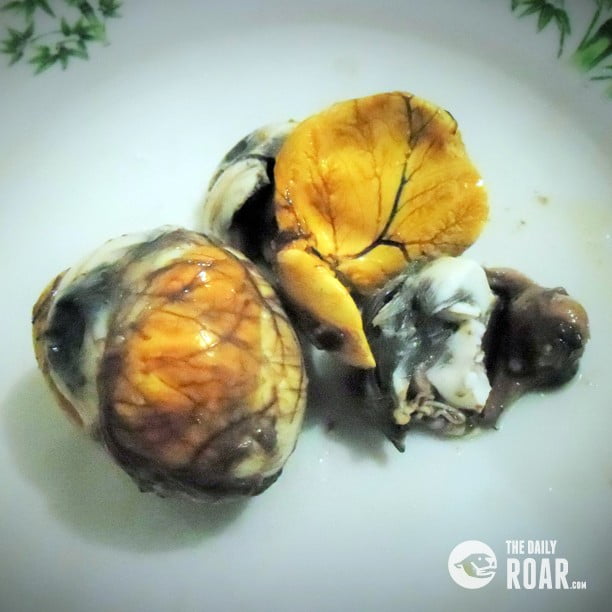 Balut has a juice like broth inside which tastes like a chicken soup. The very first thing to do when eating it is to crack a small hole at the top portion of the egg then sip it. After that you can widely open it till you see the yolk and the tiny meaty duckling inside. Don’t get scared to see some feathers, it just means that the egg is more developed. You can season/dip it with any sauce you like or simply like what Filipinos do is to sprinkle some salt and vinegar. Balut totally nailed the best illustration of the Egg Development stages and aside from that Balut is a nutritious food since it is high in protein and calcium.