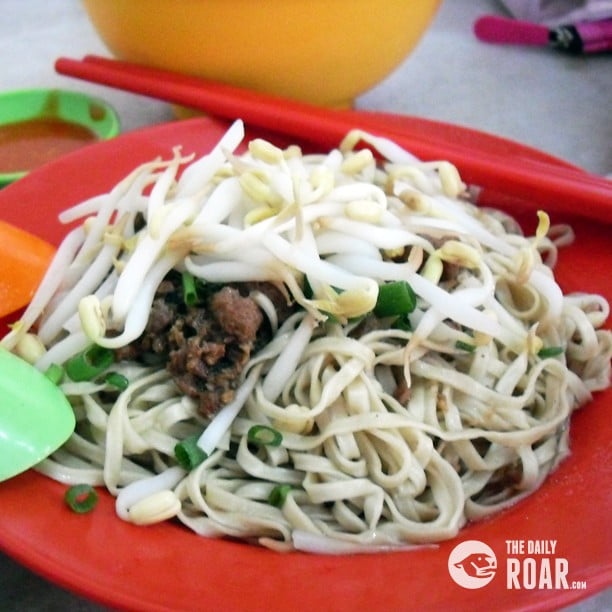 Mention Wantan Mee and most locals in Malaysia will wax lyrical about its apparent tastiness. But breathe a single word about Hakka Noodles and you’ll most likely get blank stares or at most, an indecisive expression that tells you that they can’t decide if they like it or not.

Hakka Noodles are also known as the Wantan Mee’s lesser-known gastronomic “cousin”. The latter is a dish of noodles tossed in dark soya sauce whereas Hakka Noodles are fairer due to the lack of dark sauce, features flatter noodles and perhaps fewer condiments. Both might have slices of char siew (roast meat) and minced chicken or pork on the plate, but Hakka Noodles appear more plain in comparison to its famous cousin.
Personally, as a noodle lover, I try not to show favoritism when it comes to food. However, as Wantan Mee is more commonly available than Hakka Noodles, I do crave for a plate of plain, no-frills Hakka Noodles once in a while. You may choose to select optional pieces of yong tau fu (vegetables such as brinjals, bitter gourd, bean curd stuffed with fish paste), meatballs or fish balls to accompany your Hakka Mee, which I sometimes do, but I’ve been known to ravenously devour two plates of these noodles in one sitting without condiments to interrupt my noodle-gasm.

So what makes a plate of seemingly plain Hakka Noodles so delicious? The answer lies in the thin layer of oil and sauce that coat the noodles, making them silky and oh-so-fragrant. Another element that makes the noodles so desirable is the presence of crispy bits of lard thrown haphazardly onto the noodles. These lard bits are pure ambrosia and can be likened to bacon bits – no Hakka Noodle dish is complete with these little fellas!
Let’s ponder: in a battle of Wantan Mee vs Hakka Noodles, who would win the fight?