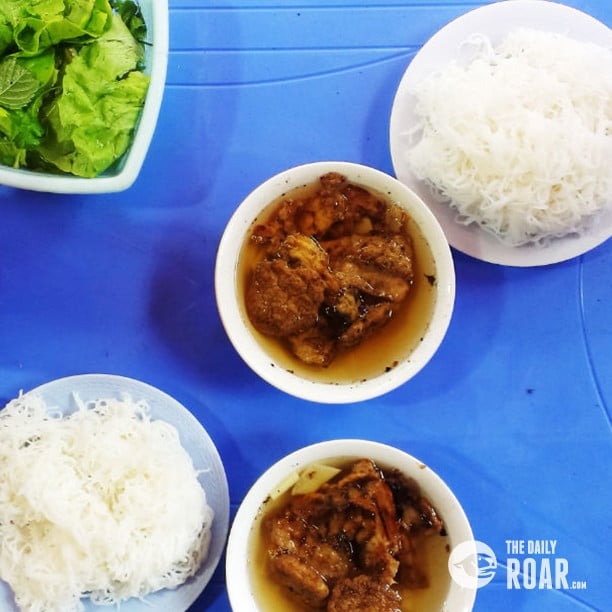 While these two are huge in Vietnamese capital of Hanoi, there is another dish that deserves as much attention. One would notice this when walking down the city’s busy streets–all you need to do if follow the delicious smell of pork grilling over open fire.

It is not difficult to find, from small eateries to air-conditioned restaurants, bun cha is always available in the northern city. Many would agree that streetside bun cha is always best, with the smoke of the unmistakable smell of freshly-grilled meat wafting towards you even before you place your order. 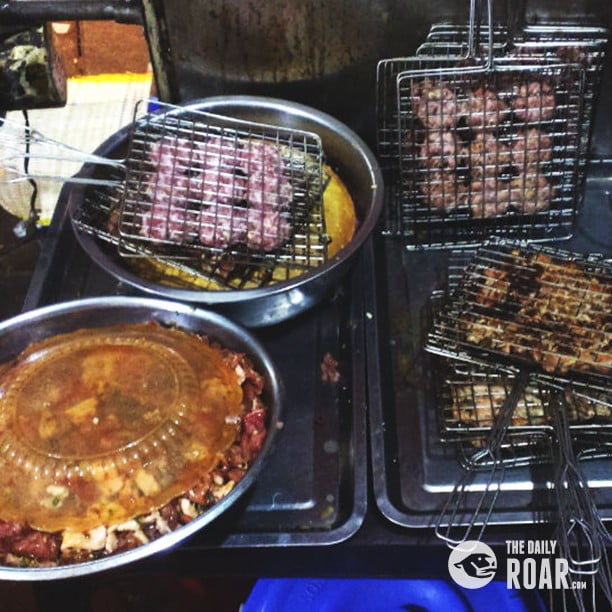 Bun cha is believed to have originated from Hanoi. The charming presentation alone is already endearing: small, individual bowls for the leaves and herbs (usually made up of cilantro, mint, lettuce, perilla), grilled pork belly and patties, a mound of vermicelli, and the dipping sauce that brings all of the flavors together.

It’s pretty much DIY from here. You can dip the meat and noodles in the sauce and eat the greens separately in between bites, or you can try to have a little bit of everything in one go (the herbs gives great balance, and function as palate cleansers, too). The only rule that you have to follow, really, is just to savor the simple ingredients and enjoy the wonderful combination of flavors that they make. The best part? It will only cost you about $3. Sometimes even less.

In some places, bun cha is served with fried spring rolls, adding a great texture. There are different ways to make these, but one of the most common ones include a generous stuffing of crab and noodles.

A lot of chefs and food writers have taken notice of the dish. Vietnamese food writer Vu Bang called Hanoi a town “transfixed by bun cha.” Eating Vietnam author Graham Holliday also spoke fondly of the dish, saying “It was fresh. The flavor was alive. This food tasted healthy. It was astoundingly good. Finally. This was Vietnamese food.”

Don’t stick just one place–try out different restaurants and stalls to see which one you like best. Bun cha is practically everywhere, so do some exploring. Some of the places in Hanoi that have received good reviews include one in the city center, a small stall on Cao Go street; on Mai Hac De (lots of other food choices here); and Dac Kim Bun cha in Hang Manh, which has been dubbed as a Hanoi institution.

As you make your way to the busy Old Quarter, before you head over and relax by the Hoan Kiem and West lakes, or see the French colonial-era buildings, get yourself a serving of this irresistible dish that will not only excite your taste buds and make you smile, but also fill you to the brim.