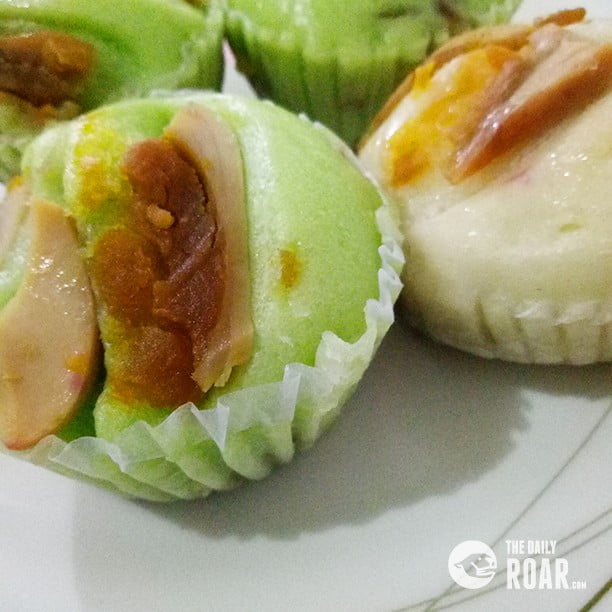 Filipino steamed cake or locally called as Puto is one of the staples in a classic Filipino gathering, whether that be a birthday party, fiesta or graduation it is very rare for a Filipino celebration to not have Puto as part of it. It is usually round shaped with either cheese or salted egg toppings. It’s a light snack with a hint of sweetness in every bite kicked by the saltiness of the cheese and or the salted egg. Very easy to transport and easy to get in the Philippines which adds to its popularity on potlucks and local gatherings.
Other than it being a stand-alone snack, it can also be paired with Pancit (sautéed rice noodles) or Dinuguan (pork blood stew). The taste of Puto greatly compliments both dishes and is not something that only adults would love but it is popular amongst kids too.

It is originally made of rice flour but as the recipe evolves over time, all purpose flour is now commonly used in making Puto. Its flavor has also branched out in to different categories, below are some of the popular Puto variants in the Philippines.

Puto Bumbong – made from glutinous rice, common during Christmas season

Here’s a list of some of the popular Puto vendors in the Philippines:

If you want to have to experience the Filipino way on how to make this hearty steamed cake, here’s a quick recipe that you can easily do at home.

You can now enjoy a hearty snack with your family or wow your friends on gatherings with this classic Filipino cake.