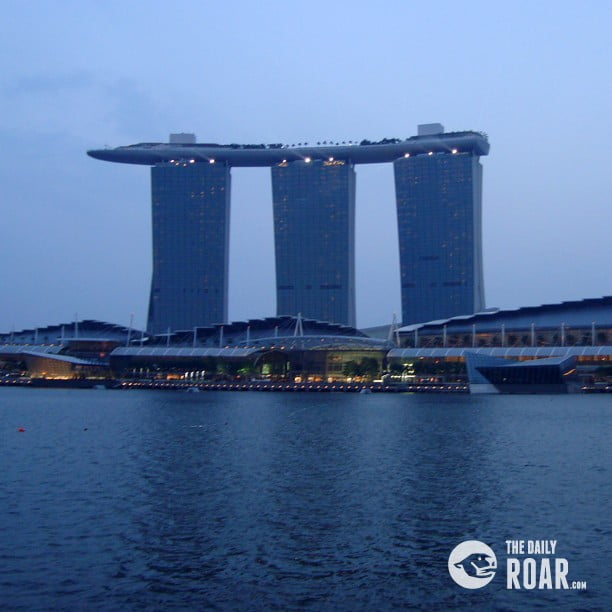 “Ah, can can can!” That’s basically Singapore for you – where almost everyone is more than happy to help you, even if it means going out of their way to do so. A month in Singa, and it feels familiar already. Considering this is the first time I’ve stepped outside my motherland, I had quite a few (one too many, rather!) concerns about the new place. Would I like it there? What would the people be like? I will miss home! And most importantly, what will I EAT??!!

So, laden with these doubts (and a whole lot of luggage!), my sister and I landed on the Little Red Dot. The first five days were a breeze – sightseeing with sister, staying in a hotel – I felt like the regular tourist. But then the inevitable day finally arrived, when sister left for home and I was finally… alone. Alone in the new land, with no friends and just a few familiar faces.

Yeah, the journey had finally begun. So buckets of tears later, I did what I do best – put on my game face, and busy myself. Emptying my thousands (okay, okay, I exaggerate) of bags, cleaning my room and the rest of the flat, and going around campus – the aim was to be so busy that I wouldn’t have time to think of home.

It worked to a certain extent, and in the meantime, CS played knight in shining armour. I have since met some amazing people via CS, some of whom, I daresay, will remain great friends for the rest of my time here.

These are the wonderful people who made me feel so welcome here in the early days. Starting with the wonderful lady, who, despite not knowing me from Adam (or Eve), invited me to her house for iftar, to another outgoing CSer, who’s plenty helpful and really fun to be around (except for when he randomly gives you a brand new name or makes up stuff as he goes, so much so that you no longer know what’s true and what isn’t), CS has ensured my first month here was fantastic.

And then of course, the inevitable happened – I made friends! They’re a crazy lot, and so helpful, it’s ridiculous. The closest ones (thus far) are Indian, but the entire gamut consists of a motley crew from around the world. And yeah, I couldn’t be happier about that!

One thing I don’t like about this place? How expensive it is! So the job hunt was on in earnest. I took up an internship (entirely unpaid, at that) just to get my name out there, and simultaneously hunted for a part-time job. I went for an interview to a far off place, and applied for on-campus positions as well, but things were taking too long to get in order. Well, not too long, since it’s been only a month, but, you know… Finally, things worked out and I took up a part-time position… at a café! Yes, I’ve become the regular firangi chick. So much so, that I left one job in a week’s time to take up another, which not only paid more, but more importantly, had more flexible hours.

CS (and CSers) continues to delight. But the important thing, I guess, is to decide to keep my head screwed on straight and not lose sight of the end goal… the Master’s degree and then a career. But in the meantime, I intend to enjoy my time in Singa and party (even make up for the non-partying days of Ramzan!). And, most importantly, save enough money to travel to all the places I keep adding to my mental bucket list. I will go, I will!

That’s Month 1 in Singa. If things continue the way they’ve been going, I think I wouldn’t mind staying here a long time, lah!