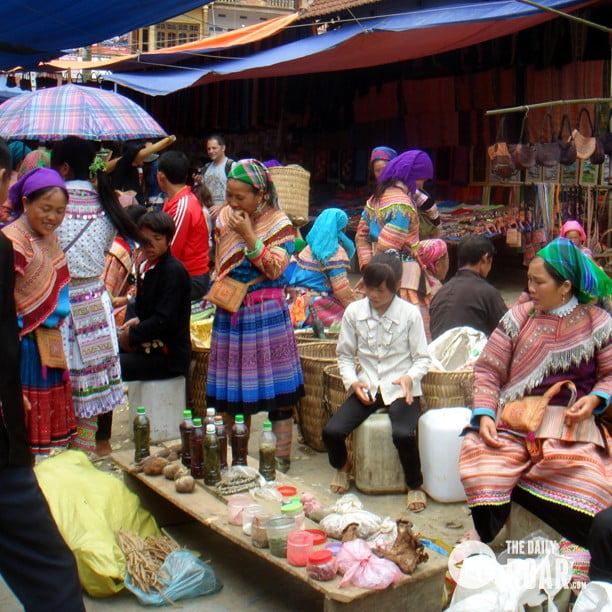 Despite high visa costs, Vietnam attracts many visitors from all over the world. But, do they return?
I’m an expat living in Hanoi. Whilst here, I make a point of meeting people travelling through Vietnam. I like to ask two questions. To my first question, ‘have you have enjoyed Vietnam?’ the typical answer is ‘Yes, but…’ . And, to my second question ‘would you return?’ the response tends to be an emphatic ‘No!’. Many people repeatedly visit Thailand, so why is it that for Vietnam once is enough?

The scenery?
Vietnam offers spectacular natural beauty. With its extensive coastline comes fabulous beaches. In addition to the fascinating cityscapes, there are mountains, temples, and ethnic minorities with diverse cultures.

The food?
Unless you’re vegetarian, Vietnamese food is good and inexpensive.

The transportation system?
Transportation across Vietnam is poor. Whilst some areas are served by trains, others can only be reached by bus, and many more are even less well-connected. To give a local example, to get from Hanoi to Tam Dao hill station – a popular tourist destination 80km away, the bus only goes the first 56km and for the final 24km a taxi or motorbike taxi is required. To compound the issue, outside of the big cities meters are not used and prices, especially for foreigners, can be high. Motorbikes provide the popular solution. However, many do not consider this a safe option: roads are often poor, Vietnamese road etiquette differs hugely from Western countries, and for many foreigners insurance is an issue.

The people?
Although Vietnamese often describe themselves as friendly, more common adjectives from foreigners are ‘rude’, ‘pushy’, ‘loud’ and ‘unfriendly’. The most repeated complaint is being ripped off. Recently, in a café in Sapa, I ordered from the Vietnamese menu as the prices were more favourable than on the English one which I was initially given. I met several people there who had booked rooms online only to find there was no room for them. Presumably they had been resold at higher prices. In Hanoi, many expats, especially older ones, find it cheaper to buy vegetables in the supermarkets. In contrast, for locals the street markets are much cheaper. In Vietnam many tourists do not buy any souvenirs as the prices quoted are so ridiculous. Likewise I prefer to buy in Thailand. These instances are nothing special, they are just typical of the ‘friendly’ way Vietnamese treat foreigners.