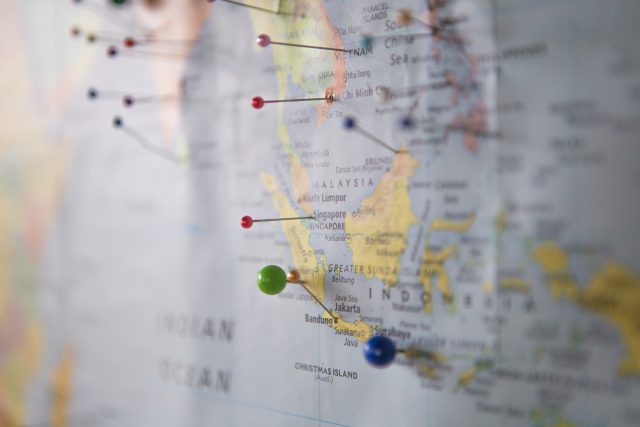 There are a number of things that change at retirement, and for retirees, that extra bit of free time can turn into the adventure of a lifetime. According to research, retirees also happen to have a bit more freedom on their spending, as people born in the 1950s have been found to be the biggest spenders. The average spend on packaged trips was 4,989 yuan in 2018, which is up 11% from the previous year. Another interesting thing to note about retirees taking on travel is that they’re far more adventurous than ever before, and it’s not uncommon for the solo traveller to pull a classic Thoreau.

Adventurous Generation Kicks It Up A Notch Or Two

While the go-to destinations for senior travellers should always include a list of the greats, such as Bangkok, Tokyo, and Hong Kong, there is something to be said for the adventurous senior who wishes to trade in – if only temporarily – the four or five star accommodation for something a little more rural. These are the travellers who are willing to exchange fine dining and air-conditioned hotel rooms and shopping malls for wide open spaces, rough seas, and the path less wandered. The reward? The chance to experience exotic destinations, epic scenery, and knowing that age is just a number and experiences are only limited by the imagination.

The lure of adventure has been a top priority for those seeking out the mountain ranges of Japan. Okumiya and Kusushi shrines provide senior adventure travellers with that extra bit of bait to summit Mount Fuji, as these two shrines allow those over the age of 70 to inscribe their personal details there. For senior travellers who are fit and able to make the climb, this is an item that needs to feature front and centre on any itinerary. Those who need some extra inspiration before the climb, should look up Masashi Toyoda, the oldest man to have made it to the summit at the age of 93. According to Masashi, he’s looking forward to his next climb up those snowy crested peaks.

Retirees finally have the time and money to do things and see places that they may not have been able to squeeze in before. For those who are fortunate enough to pack in early, there is an entire world that awaits them. Part of the decision-making process for any new destination is ticking off an item on the bucket list. Research reveals that around 45% of travellers have a bucket list in mind before choosing their destination, and many of the items on the list will include personal and memorable experiences. Ideas to expand on that bucket list include the wonders of the world, gastronomical experiences, historically significant destinations, and places that appeal to travellers.

Key destinations known to add some pizzazz to a retiree’s bucket list include Kyoto with its ancient shrines and temples. Another to consider is Cambodia, home to the Angkor Wat temple ruins. Travellers to this part of the world are spoiled for choice as their adventure includes old world charm and the luxury of the endless beaches so synonymous with this part of the world.

Senior travellers may have been put off the idea of travelling due to their single status, however, this is a time to take on travel to destinations that may have put a travel partner off. By following a few travel tips, seniors can enjoy an adventurous time and still have the same benefits and privileges that couples do. There are the basic worries of getting lost or stuck, or ending up with an unsavoury companion, however, these can all be resolved by following a few basic pointers. For instance, it’s a good idea to pack light and remain central to avoid milling about lost and with a heavy luggage burden. Stick to sealed, bottled water and thoroughly cooked foods. Pay a little extra for mainstream tour guides, and make a few friends to benefit from the safety in numbers principle.

Some destinations that are a must for the solo traveller include Laos and Malaysia, thanks to the hospitality of the locals. These destinations are also known to be relatively safe, with a number of options for those who enjoy shopping as well as those who prefer the tranquility of natural scenery along walking trails.

Travelling at retirement is the ideal time to take in sights and experiences that a busy career and family life hardly can. This is the time to savour that cup of tea while looking out over the endless beaches in Thailand, or taking in the tranquillity of rural Japan without having to worry about returning to the bustle of city life any time soon.