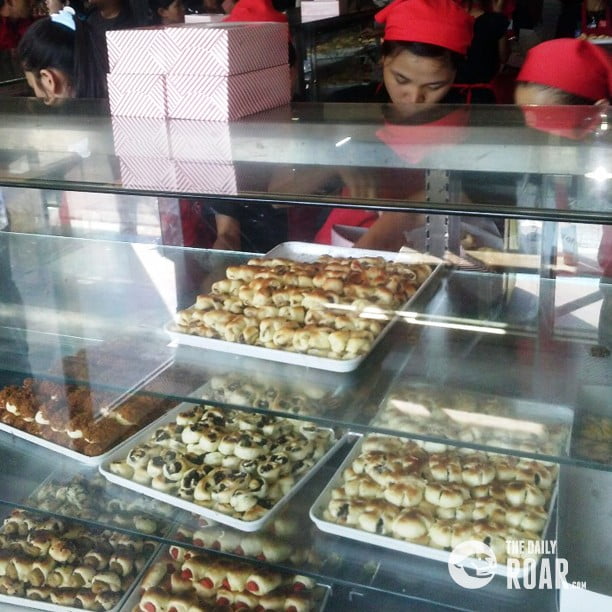 Bread is not a traditional Indonesian food, but Roti Unyil is a must-buy bread when travelling to Bogor, a city just one hour drive from Jakarta, Indonesia’s capital. True to its name (Roti = Bread, Unyil = referring to things which are tiny), Roti Unyil is a tiny size bread with various flavours, both sweet as well as savoury ones. Just to name a few, there are conventional flavours such as chocolate and cheese as well as more uncommon ones such as smoked chicken, pineapple and coconut. The cute bread designs also play a part in its popularity.

Be sure though you are buying the original Roti Unyil because since its popularity, many stores have tried to copycat this tiny snack. The original one is made by Venus bakery and is located at Pajajaran street. This bakery store started selling Roti Unyil in 1992 and since then, the store is always packed with people eager to buy it. Even amidst the bombardment of many bread brands from abroad in recent years, Roti Unyil Venus remains the one to buy when in Bogor.

First timers to the bakery may be a bit overwhelmed with the environment of the bakery store, in particular if you go on the weekends. It is quite hectic; a long line of people queuing, shop asisstants with their red hats assisting customers, and bakery staffs running in and out of the kitchen trying to quickly replace the empty trays in the glass displays. Don’t let all of this discourage you though (especially the long queue)!

To order, you need to write down first what you want on a piece of paper. Don’t worry, pen and paper is provided by the store on a small desk near the queuing line, as well as a menu of the flavours available and their prices. After you have written down the flavour you want and how many pieces of each flavour you want, then you can start queuing.

This system has only been applied recently. Previously, the scene at the bakery shop was even more hectic without any queuing system and basically people had to grab the shop assistants attention and shove their way in front of the glass displays to put their order in.

Finished buying? Don’t forget to check out the various vendors selling near the bakery store. Bogor is known for its street food and there are a variety of nice snacks sold here. Alternatively, buy a snack first, which you can eat to pass time when queuing.