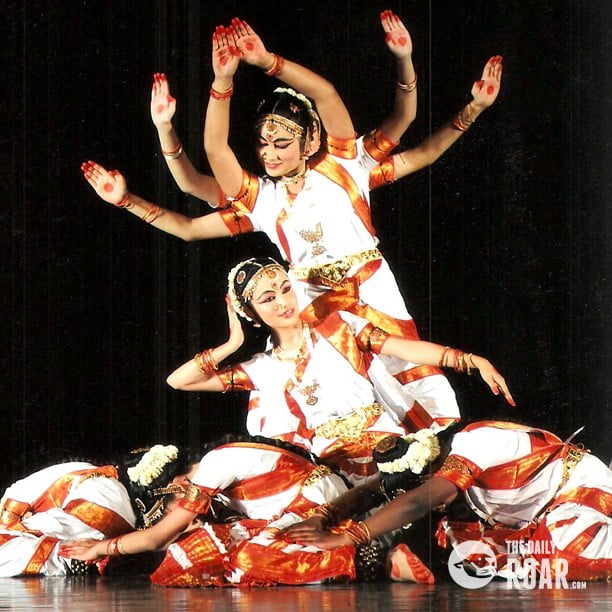 Silk costumes and glittering headpieces, a hundred musical ankle bells and the resonating percussion sounds, rhythmic foot tapping and the spiritually charged atmosphere….the Indian classical dance form of Bharatanatyam manages to astound all with its beauty and musicality. Initially known as Dasiyattam, this dance form originated almost 2000 years ago in the Hindu temples of Tamil Nadu (South India) where it was performed by dancer/priestesses called Devadasis. Bharatanatyam in its modern form was codified by the four brothers Ponnayya, Chinnayya, Sivanandam and Vativelu, also known as the ‘Tanjore Quartet’. As a devoted disciple of this ancient temple dance tradition, I have always made an attempt to watch and learn from performances of the exponents of this dance style like Rukmini Devi, Mallika Sarabhai and so on. If you have a chance, look at a few videos of the aforementioned artistes and be prepared to be completely awed!

What adds a touch of divinity to this dance form is the fact that the foot movements (Adavus), hand gestures (Mudras) and expressions (Abhinaya) meld together to create a beautiful technique of storytelling. The stories that are enacted are almost always excerpts from Indian mythological stories or invocations to the various Indian Gods and Goddesses. It is fairly common for the audience at a Bharatanatyam recital to be majorly comprised of foreigners who have come to India in search of spirituality. However, being on stage as a Bharatanatyam dancer is a challenging and sometimes intimidating task. It is the responsibility of the performer to not only tell the story through her dance, but also build a feeling of pure and utter devotion to the Gods above through her art. At the same time, the dancer has to manage to look like a sculpturesque beauty capable of exciting the spectators with her visually appealing geometric body movements. Holding these difficult but aesthetically alluring poses and keeping the rhythm with the feet becomes a tad more daunting given the weight of the elaborate costume and jewelry. (I kid you not, the head piece made of pure gold and 1 kg of jasmine flowers inevitably requires me to pop an aspirin or two before taking the stage!) 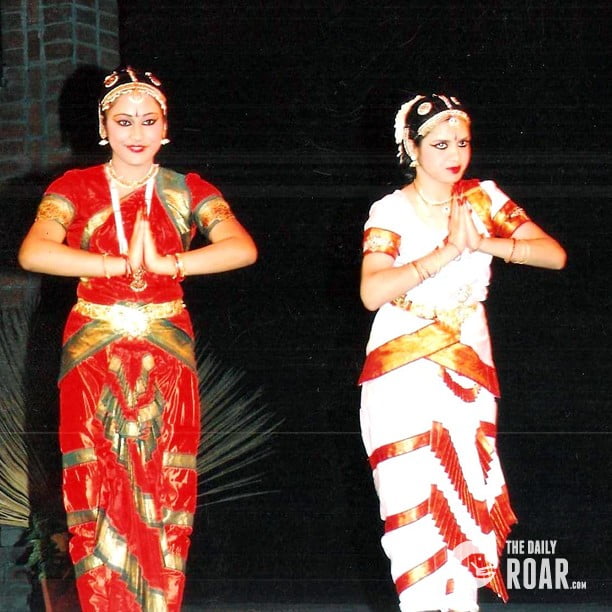 India has many dance forms – one for almost every state! But having travelled to most parts of the country, I can confidently claim that it is this dance form that attracts the most number of disciples and its popularity is not limited to Southern India only. Bharatanatyam performances are usually held in most art venues of the metropolitan cities like Delhi, Mumbai, Bangalore etc. The fact that it delves into and displays the range of human emotions in a strikingly engaging manner makes it more accessible to the general population than other dance styles. Perhaps Bharatanatyam owes its fame to the rich antiquity and tradition associated with it, or maybe it is the captivating beauty of this dance form- but there is no doubt that it has managed to charm audiences both at home and internationally. For those of you who have India on their bucket list, add an evening of Bharatanatyam to your itinerary! I guarantee you an hour’s worth of a blissful unforgettable spiritual experience that will appeal to all your senses!