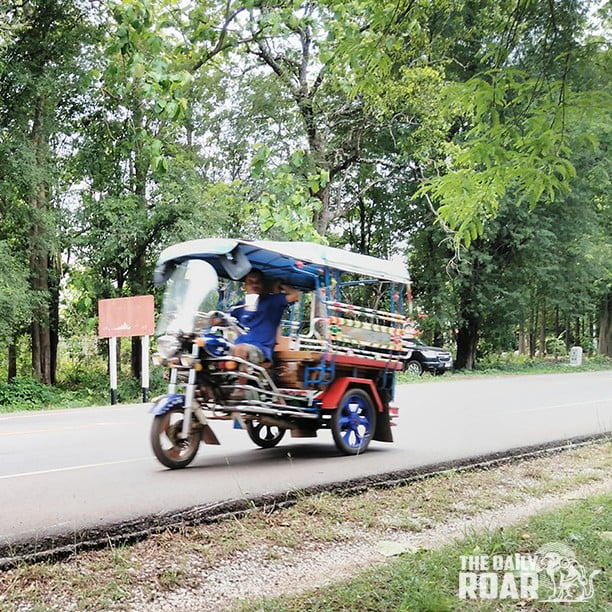 People who have visited Thailand before would probably know it as a Tuk Tuk, the small open-sided motorised trike ferrying tourists around Bangkok.

But here, way up in the Northeast of the country where there are virtually no tourists, the style and uses of the Samlor are quite different. Firstly the Samlor itself has the front of a high set motorcycle with a more powerful engine than it’s southern cousin. The rear carriage is designed to maximise space. The seating (two sides) is positioned at right angles to the driver, rather than horizontally as in the capital. This then creates a large storage area in the middle.

Now given that it is less than a tenth of the cost of a pickup and almost as useful, it is no wonder that many families have one as their primary form of transport. It also provides those who chose it, an income generator. Hiring out their transport services in much the same way as taxi and haulage company combined. So if you need a ride home from the markets or want a lot of something moved, then these guys can make it happen all for less than the cost of a Big Mac meal… 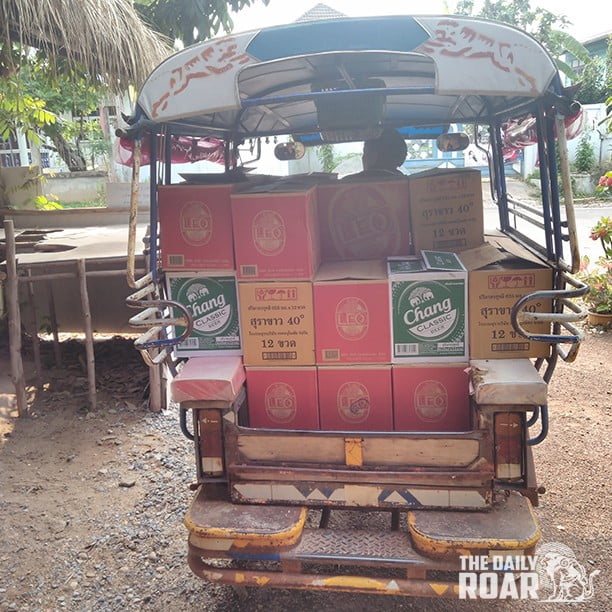 …or carton of beer as the photo above might indicate.

Styles of Samlors vary around the country very much determined by the local requirements. For instance, in the city of Sakon Nakhon where the land is flat and pace is hardly city-like, the front end of their Samlor is still the classic bicycle, no engine just manpower. Seeing those Samlors reminds me of old ’50s style Hong Kong movies. But whatever type Samlor it is, you can bet on the fact it’ll get you and your cargo there…however long it may take.