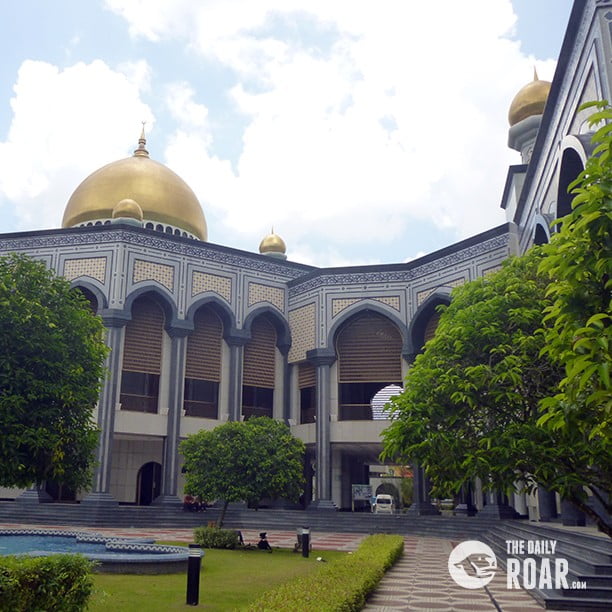 Located about 3 kilometres (1.9 miles) outside of the city centre, on the way to Gadong, the Jame’ Asr Sultan Hassanal Bolkiah Mosque is well worth a visit when travelling in Brunei’s capital city of Bandar Seri Begawan. As well as being visually stunning and an important place of Islamic worship, it is also the country’s biggest mosque.

The mosque’s long name is typically shortened to just the Jame’ Asr Mosque, and it is also sometimes called the Blue Mosque by locals – you’ll see why when you visit!

A new addition to the city’s religious buildings, it was built in 1992. It was constructed to commemorate 25 years of rule of the nation’s current sultan. Because the sultan is the 29th ruler, there are 29 wonderful domes throughout the complex. The main building is adorned with an even larger golden dome, shining in the sunlight and seen from far away. The mosque has four beautiful minarets that stand proudly around the main building, the soulful call to prayer sounding from the high minarets five times each day.

A truly photogenic gem, the mosque features pale stonework inset with gorgeous pale blue tiles, hence the mosque’s alternative name. You cannot help but be impressed when you clap eyes on this beauty. The details around the main entrance are intricate and eye-catching. Make sure your camera is fully charged!

Take some time to stroll through the peaceful and scenic grounds and you will come across lovely reflecting pools, flowers galore, well-manicured lawns, neat and well-trimmed bushes, trellises, and tinkling fountains. Serene and pretty, spend some time in contemplation as you enjoy the ambience. You may also notice that the sultan has his own personal entrance to the mosque. 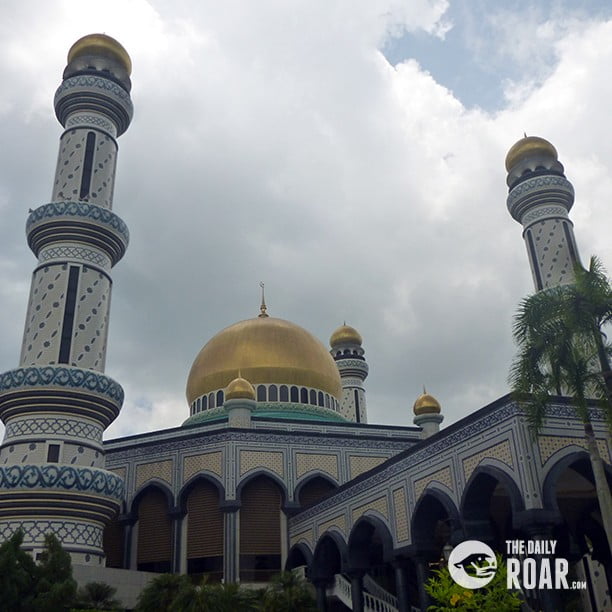 The interior of the mosque is lavish, with plush Arabian-esque rugs, grand pillars, and an overall state of splendour. Whilst closed to the public during prayer times, non-Muslims are allowed to enjoy the majesty of the mosque’s insides on guided tours when prayers are not in progress. You can arrange these tours onsite, and your guide will be happy to answer any questions about the building and the Islamic faith. The mosque is closed on Thursdays and Fridays. The opening hours on Mondays, Tuesdays, Wednesdays, and Saturdays are between 8 am and 12 noon, between 2 pm and 3 pm, and between 5 pm and 6 pm. On Sundays, the mosque is open between 10.45 am and 12 noon, 2 pm and 3 pm, and from 5 pm to 6 pm.

A breath-taking sight during the daytime, the mosque is lit up at night, giving the building a whole other remarkable appearance. If you can, do try and visit the mosque both by day and by night to fully appreciate its beauty.

You can get to the mosque using public transport; take bus number 1 from the city centre. Alternatively, if you are driving yourself, there is a large car park next the mosque. Do remember that this is a revered place of worship and make sure that you dress modestly when wandering throughout the grounds.